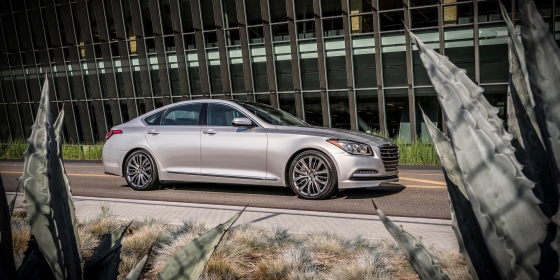 “What is it?” We had to get used to that question while driving the 2017 Genesis G80. Our answer was usually followed by another question: “A what, now?” At which point we would explain, Genesis is to Hyundai as Lexus is to Toyota. But does the Lexus GS need to fear this comfortable Korean competitor? 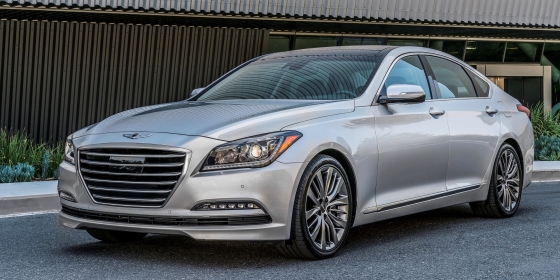 The 2017 Genesis G80 hits many of the right notes for those who like their luxury sedans designed with a nod toward strength and understatement. Its face has a grille that made some observers during our test week ask if it was a Bentley. The winged Genesis logo probably aided in that misconception. Meanwhile, the swept-back headlights aren’t too aggressive-looking, and the hood bulges up from the front fenders in a nod to the powerful engine beneath it. 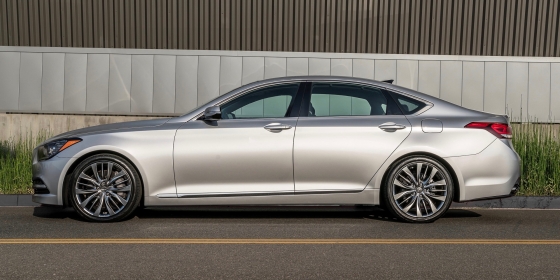 The G80’s side view is more tame than competitors like the GS350. A long, relatively gentle crease runs the length of the body from the tip of the headlight/turn signal lens all the way back to the tip of the taillight lens, flowing through both door handles. A short trunk lid evokes a sporty character even if there’s not much in the lower body design to suggest speed. One might be forgiven for wondering why Genesis didn’t make this a hatchback in the style of cars like the BMW 3 Series Gran Turismo. 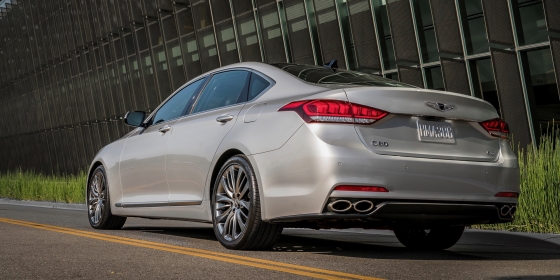 The rear view shows us fancy LED taillights, a subtle lip atop the trunk lid like many in this segment, and a chunky rear bumper fascia that draws the eye downward to the quad exhaust ports. Again, we’re given a hint that the Genesis G80 is packing some muscle. 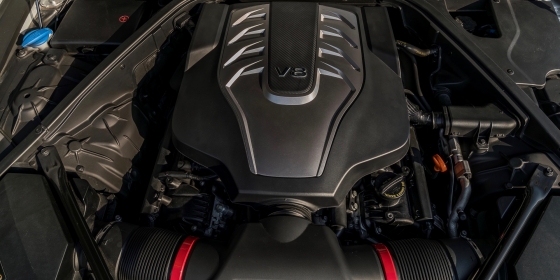 To that end, our Genesis G80 tester had a burly direct-injected gasoline 5.0-liter “Tau” V8. There’s no forced induction because this engine doesn’t need it: According to Genesis, the engine makes 420 horsepower at 6,000 RPM and 383 lb-ft of torque at 5,000 RPM. To get the fullest measure of this engine’s power, Genesis recommends premium fuel, though the automaker says it’ll run on regular just fine.

This engine routes power to the rear wheels through a new eight-speed automatic transmission with manual shift capability. Its shift logic seemed to pick up on our intentions pretty quickly, so we felt little desire to bump the shift paddles behind the steering wheel. Given a hearty poke of the floor-hinged throttle, it would eagerly kick down several ratios to execute a pass or on-ramp merge.

A car needs a good chassis to handle a powerplant this willing to dance, so the Genesis G80 makes use of a fully independent five-link suspension design front and rear. According to Genesis, the G80 also has a stiffer chassis than the BMW 5 Series, which both improves handling and reduces noise, vibration, and harshness over rough roads. To its credit, our time piloting the Genesis over city streets and curvy rural highways demonstrated a bank vault-like quietness and steady handling that could dice it up in the twisties if called upon. 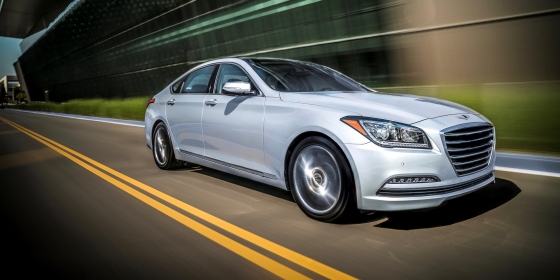 Genesis claims the G80 has a 52/48 front/rear weight distribution, so chucking this car into tight bends never caused any surprises, other than the occasional shocking realization: “You mean Hyundai makes something this solid?” 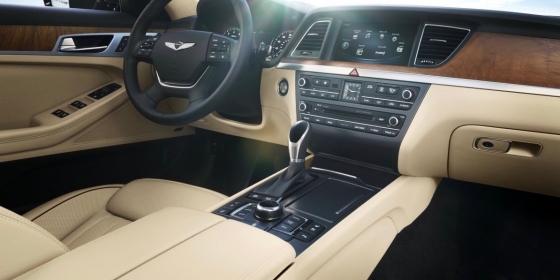 Our Genesis G80 was packed with technology features to complement its good looks and somewhat surprising go-fast abilities. The infotainment system takes center stage in this class of car nowadays, so Genesis mounted one of the segment’s largest screens — 9.2 inches diagonal — right in the center of the dash. It can split into two screens to show a combination of info. For example, the radio screen would show the current station on the larger part of the screen, then display a list of radio presets on the smaller part. A dial in the center console provided a fairly intuitive way to get around the various options on the screen.

For audiophiles, the real centerpiece of the infotainment experience in the 2017 Genesis G80 we drove would be the 17-speaker Lexicon 7.1 audio system. Genesis clearly has Lexus’ Mark Levinson audio systems targeted here. The G80’s Lexicon speakers seemed more powerful than the last Mark Levinson system we experienced in a Lexus GS350, but only by a little bit.

Mark Levinson systems often give the impression of being under-powered on purpose, so as not to overdrive the speakers at full volume. The Genesis seemed to allow just a little more power at the top end of the volume range, at the expense of some clarity. This is where we admit we didn’t have access to a decibel meter to compare the two audio systems’ output at full roar, so this is a totally subjective opinion.

Since our G80 was an Ultimate package, it came with a raft of other standard technologies, including dual automatic climate control with carbon dioxide detection (a feature Ford Explorers ought to have), automatic bi-xenon headlights, LED daytime running lights and fog lights, auto-dimming inside rearview mirror, parking camera array, and more. The list of standard equipment was long and impressive, which leads us to the final point: 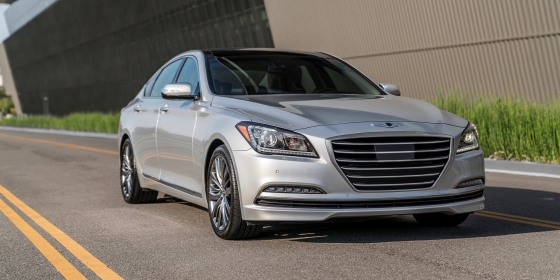 The 2017 Genesis G80 RWD 5.0 Ultimate is an awful lot of car for $55,715 including destination charge. It brings V8 power to a segment dominated by V6 engines. What’s more, when comparing against its V6 competition, you get way more bang for your buck.

The G80’s prime German competitor may well be the Mercedes-Benz E-Class. The only E-Class that comes close to our G80’s power is the E43 AMG, which carries a starting MSRP of $72,400. And getting features like the power rear window sunshade or the air purification system of our G80 requires $3,700 worth of optional equipment on the E43 AMG. 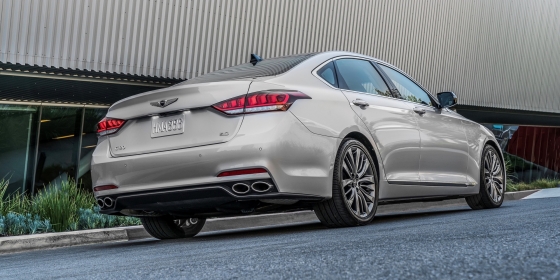 So we wouldn’t lose as much money by opting for the Genesis G80 over these competitors. But what about the ownership experience? True, Hyundai/Genesis dealerships may not be quite as luxuriously appointed as your local Lexus or Mercedes lots — perhaps you’ll have to imbibe Folgers instead of Starbucks coffee in the waiting room while your G80 is in for an oil change? But Genesis offers Genesis Service Valet, which is fancy-talk for a Genesis employee who comes to pick up your car when you schedule a service appointment. “You may never set foot in your service center,” the official G80 website says. That service is complimentary for three years or 36,000 miles, just like all service visits the G80 will require during that span of time.

Taken as a whole, the Genesis G80 is an impressive collection of luxury, performance, and technology goodies wrapped in a somewhat unassuming package for a value price. If Germany and Japan aren’t taking Genesis seriously, they had better start doing so.