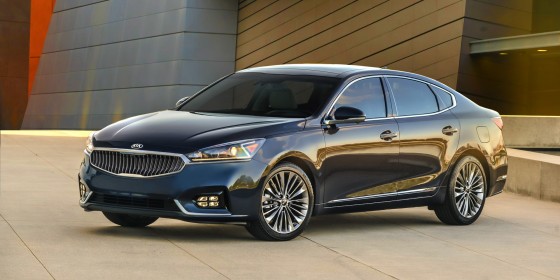 “The new Cadenza adds an extra dose of excitement to the large-car segment with its striking, aggressively handsome looks and premium refinements,” said Orth Hedrick, vice president of product planning, Kia Motors America. “Everything you see and touch in the Cadenza’s cabin has been improved, but it’s underneath where the Cadenza truly shines with a stiffer and lighter chassis, eight-speed transmission and vastly improved driving dynamics.”

We’re immediately struck by the re-designed front fascia, with the signature tiger-nose grille given a concave curve for the first time. We like what we see so far, and as you read this, we’re currently on the show floor at NYIAS collected additional details and photos of the new Cadenza. Check back in this space later for an update with additional information.