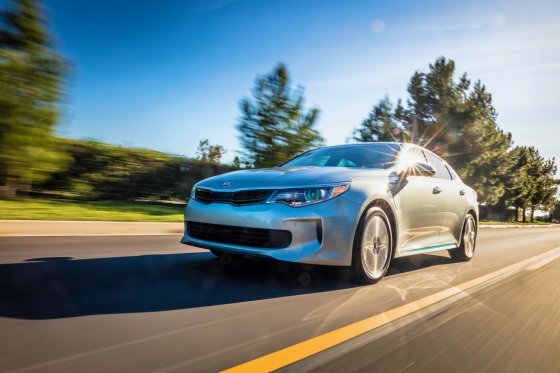 Editor’s Note : We’ve driven the Kia Optima many times in the past, including having one as a long-term loaner for the past year. So when Kia invited us to drive their new Plugin-Hybrid version, we sent a contributor who had not previously driven an Optima, and normally reviews Trucks. We were curious to read his thoughts, as someone who is new to the brand and doesn’t normally drive Plugin-Hybrid sedans. 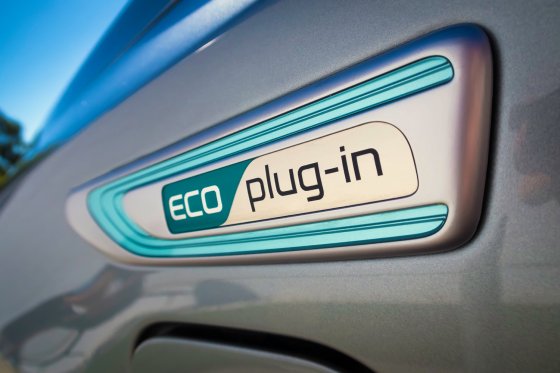 The ongoing race for better fuel economy mixed with new technology while not sacrificing space or driving dynamics is pushing all automakers, including Kia, to new frontiers in the car market. The result of much of this innovation for the Korean automaker is the 2017 Kia Optima PHEV, a roomy, smooth and fun to drive mid-size car with a mixed battery and gasoline powertrain. 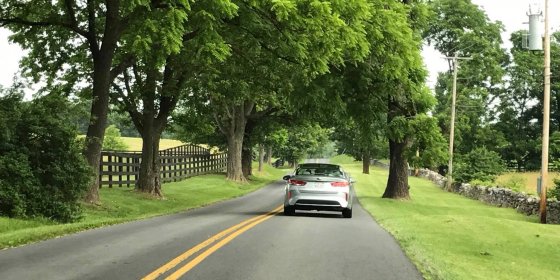 Recently Kia invited us to Virginia to enjoy the beautiful leafy and hilly landscape basking in the June sun along with the newest edition of their popular sedan. Our driving destination was to see some examples of America’s original green power at Monticello, Thomas Jefferson’s historic estate sitting atop a mountain. 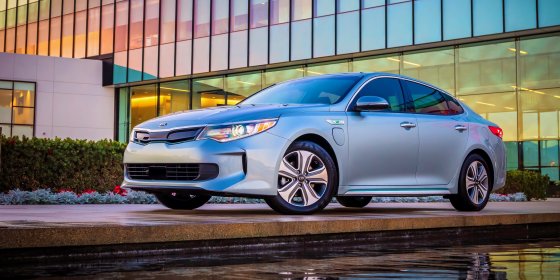 Before we get to the powertrain, the Optima, recently redesigned in 2016, is one of Kia’s best sellers albeit in a shrinking car market. It faces tough competition with the renowned Toyota Camry, Honda Accord and Hyundai Sonata (Kia’s sister company) dominating the segment. This competitive segment is good for consumers with all the competitors now offering sharp designs and cabins filled with all sorts of goodies unheard of years ago. Kia helped push the competition in that direction with their previous major update to the Optima in 2010. Our 2017 Kia Optima test model was filled with technology, a panoramic sunroof and sharp blue accents signaling that this isn’t your typical Optima model. 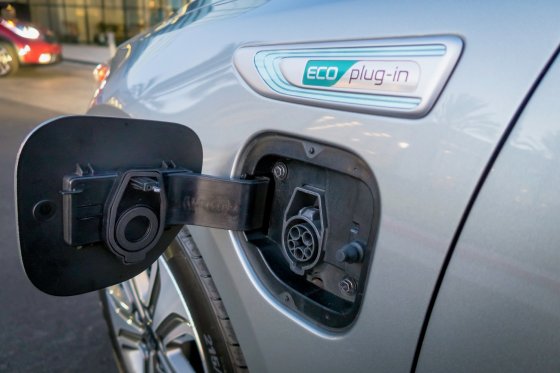 Speaking of non-typical, our model was a plugin hybrid electric vehicle (PHEV). That means it combines the 2.0L 154 HP four-cylinder engine with a 66 HP, 50 KW transmission-mounted electric motor to provide a class-leading (according to Kia) 29 mile electric range and 610 miles of total driving range in the 3,788 lbs vehicle. EPA fuel economy is estimated at 38/43/40 (city/highway/combined). We averaged around 40 during our two days of driving, so that checks out. 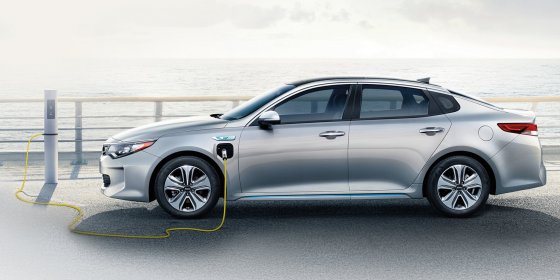 While other automakers offer this same kind of powertrain, Kia is a bit unique in a few ways. First, the powertrain is mated to a true six-speed automatic transmission instead of a more typical continuously variable transmission.
Second, the Optima PHEV doesn’t sacrifice trunk cargo space as much as its competitors. You can easily fit two large pieces of luggage or a set of golf clubs in the rear trunk without any concern over squeezing them around the trunk-mounted battery. 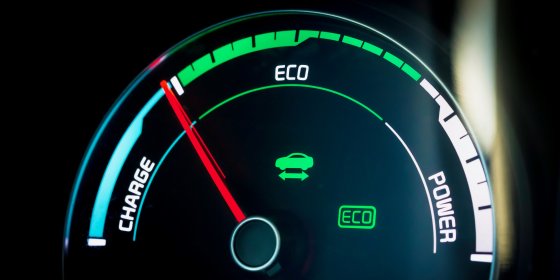 This additional range and smaller battery footprint does come with a rather amendable sacrifice – it takes three hours to fully charge on a 240-volt charger. As long as you plug it in on a regular basis with the driver-side front mounted plug-in port, this shouldn’t be any problem. However, if you do forget, Kia does offer a button inside the cabin to expedite the charging process while driving. Selecting this HEV button forces the vehicles to create and capture more friction speeding up the battery charge. However, adjusting the car to create more friction does come at a sacrifice of gasoline fuel economy since you are asking the engine and the car to less efficiently. Handy? Yes. Good idea to use? Not really. 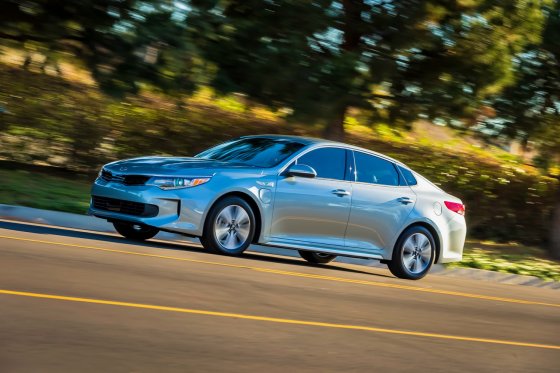 On the road, we pushed the Optima PHEV as hard as we could on the Virginia country roads treating the speed limits as more suggestion than the law. Squawking the tires and cornering at inadvisable speeds, it was clear the Optima is a well-balanced and composed car. Dare we say it is even sporty. After a full day behind the wheel, the interior space never felt cramped with a driver and a passenger nor did we feel much fatigue behind the wheel. Also, the seats still provided plenty of comfort and we determined that this car would be an excellent road trip choice. 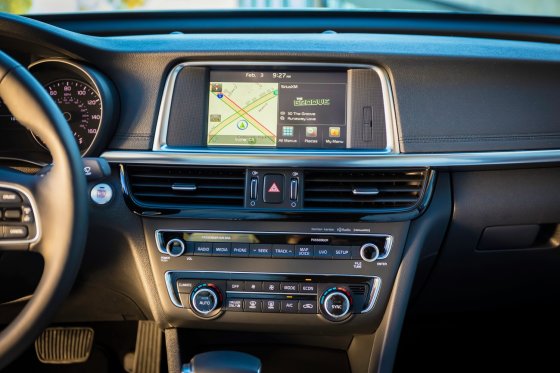 Overall, the exterior design grew on me as well as the interior. While I have found better dash material on some competitors, the rest of the design materials and button/knob placement was spot on and the Optima should be a strong competitor for those open to looking beyond the sales leaders and atypical brands to find a hidden gem. This is especially the case with the PHEV, which drives as well as any mid-size sedan with the additional fuel economy features being a no-brainer in its operation and additional fuel economy for consumers willing to spend $41k+ on a mid-size sedan (there is a substantial, maximum $7,500 tax credit currently available). The PHEV model Optima starts at $35,210. 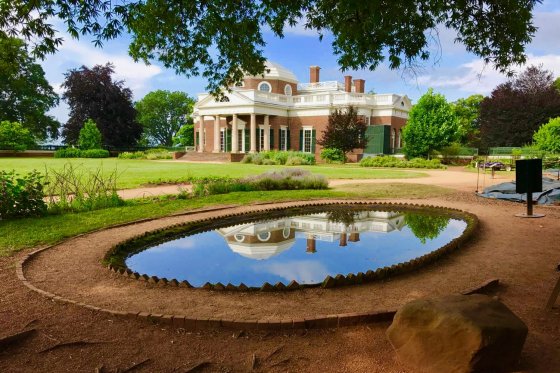 Touring Thomas Jefferson’s massive 11,000 sq. ft. home, Monticello, was really icing on the cake of a day enjoying the countryside in the fun to drive mid-size car. During the tour, we learned Jefferson appreciated unique, cutting edge scientific achievements and the best of what the world had to offer no matter the price. He also had hundreds of visitors wanting to speak to him each day who were mostly ultimately turned away. We think after pulling up at his house in the Kia Optima PHEV, Jefferson would have welcomed us and partaken in a grand chat about how engineers are now using his friend Benjamin Franklin’s discovery of electricity. 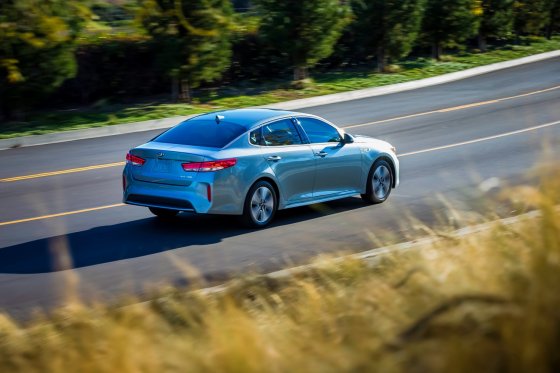