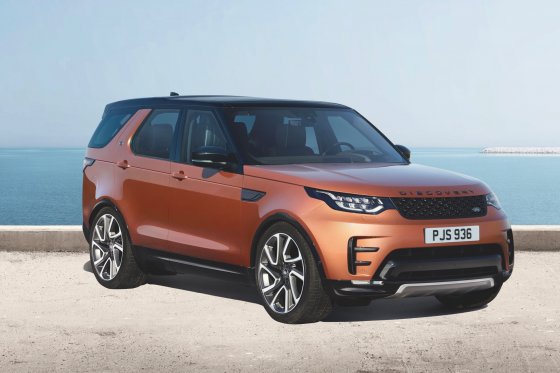 The SUV formerly known as the LR4 is now the Discovery, making America’s version of the most famous of Rovers a part of the world again. To go with the name change, Land Rover made a few upgrades to the Discovery as well. The diesel engine sees some changes, handling and maneuverability are improved, and the Rover’s well-deserved off-pavement prowess is retained despite interior luxury upgrades.

The Land Rover brand, and the Discovery in particular, became a household icon thanks to its domination of the African landscape and its continual appearance in safari documentaries where its rugged capability was unquestioned. As the vehicular face of hardcore outdoors adventure, the Rover embedded itself in our psyches as the go-to European “get there no matter what” machine. From there, it morphed into a more luxurious, top-level sport utility that added family toting duties to its roster of expertise.

Today’s Land Rover Discovery is a far cry from the bare bones, “hang on and get ready to bail out for photographs” safari vehicle from movies and TV. Yet that aspect of its DNA remains, in no small part, in its modernized and extremely capable off-road capability. Something which, in the 2017 Discovery, rides easily alongside its posh comfort and smooth ride on the pavement. 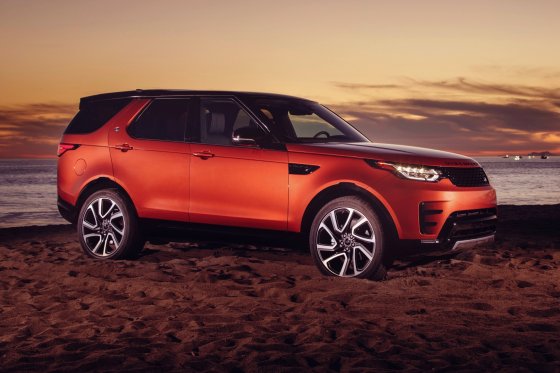 The previous-generation LR4 was boxy and squared. That’s been replaced with the Discovery’s much more sleek, modern look with its far more refined and sophisticated appeal. The design reminisces on the Discovery models of old, but also hints at the higher technology and more advanced engineering and build as well as the use of more high-tech materials.

The 2017 Land Rover Discovery sheds about 1,000 pounds from the previous generation, most of that thanks to improved materials and the heavier use of aluminum (aluminium to our British friends) in the body, body framing, and chassis. The increased use of high-strength steels also plays a large role in that weight reduction.

This new design sports a much more feathered roofline, with just a hint of a bump at the rear third in tribute to the Discovery’s roots. The windscreen has a slightly sharper rake, the body paneling is a bit flatter and upright with deeper grooves, possible thanks to the use of aluminum.

Wheel options begin with the standard 19-inch aluminum alloys and move through 20, 21, and 22-inch options. Roof rails and a towing kit are optional equipment that further add to the ruggedness of the 2017 Discovery’s otherwise sleek look. As does the air ride suspension, which drops the Discovery close to the ground when parked and lifts it up for better clearance when driving and even higher when off-road settings are being used. 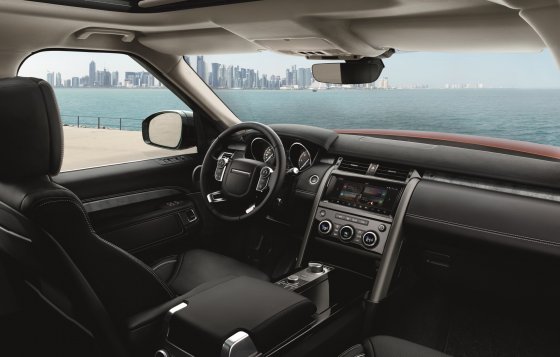 The interior of the 2017 Land Rover Discovery is very svelte. Expect to see a bi-level design theme that is unusual in the luxury SUV segment and a testament to the dedication Land Rover’s designers have to capability remaining a big part of the Discovery’s DNA.

This design theme has everything from the knees of a sitting passenger upwards being all about luxury and comfort. From seat bottoms to the headliner’s soft material, the interior of the 2017 Land Rover Discovery is opulence with Old World style. From the knees down, however, things are more rough and ready, with a easy-clean floor, rubber mats, and metallic entryway scuff plates.

The two different ideals blend well in the Discovery, though, making for a unique and very pleasant experience that inspires both luxurious relaxation and confidence in the ride.

Standard features in the 2017 Discovery are plentiful, with seating for up to seven and generous cargo space besides. The extra tailgate that drops down when the hatch is opened makes loading bulky items over the bumper easier and the ability to fold individual seats in the second and third rows from the rear cargo area with just a button push is also convenient.

Optional equipment that we enjoyed in our test model included the center console refrigerator for keeping drinks cool, the heated and cooled drink holders between the front seats, and the excellent built-in entertainment system for the kids in the second row.

Technology in the 2017 Discovery is also very well done with a new, much-improved Jaguar Land Rover infotainment system. A 10-inch touchscreen is standard and includes InControl Pro, operating on a big, clear screen with easy-to-understand menus and icons. Most standard uses are relatively automated, making them faster and less distracting.

We do note, however, the missing options for a WiFi hotspot and some smartphone app integration. We do like Rover’s new branded smartphone app for setting climate controls, pinging locations, and other things from afar. This includes being able to fold seats for cargo needs before getting to the Discovery – letting us fold seats before loading bulky chairs before carrying those chairs out to the vehicle, for example. 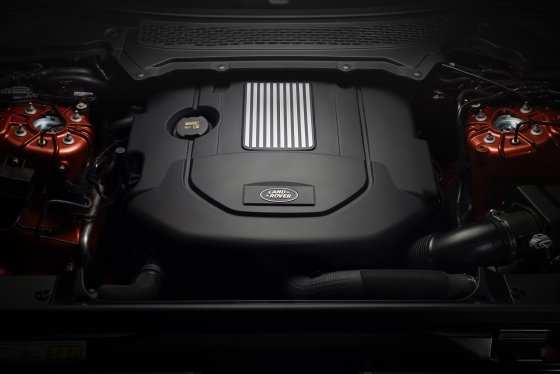 Land Rover put some work into improving the performance of the already-great Discovery with some updates to powertrains in the lineup. The standard engine in the 2017 Discovery is the well-vetted 3.0-liter supercharged V6 that outputs 340 horsepower and 332 pound-feet of torque. This engine is found throughout the Jaguar Land Rover lineup and has been met with adulation throughout.

We drove the diesel-powered Discovery, however, with the turbocharged V6 with 254 hp of output and an impressive 443 lb-ft of torque. An eight-speed automatic and four-wheel drive are standard no matter which engine is chosen. For the 2017 model year, though, the diesel sees a few tweaks and tuning to improve torque delivery and the power curve. This results in a much more responsive engine that is nearly on par with the get-up and run feel of the gasoline option. Add in the impressive fuel economy of diesel and you have a real winner.

The transmission shifts precisely and quickly and isn’t afraid to downshift to raise RPM for better passing and hill climbing. This smooths everything out for a better highway experience as well and the purring diesel blends nicely with the Discovery’s naturally quiet design and makes for excellent comfort on the long road.

Fuel economy in the diesel engine is rated at 23 mpg combined (16 city, 21 highway). In our week with the 2017 Discovery HSE, we saw that 23 mpg average without much effort and often saw better-than-expected highway numbers. We believe that most drivers will better EPA estimates most of the time. When off-pavement, the diesel performs very nicely and its even power delivery is a boon for crawling and getting there. Yet fuel economy didn’t change much while off the road, surprisingly enough, with city numbers being do-able when out in the country as well. 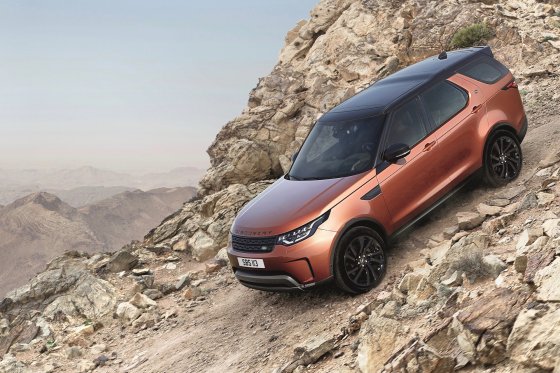 We also noted some great technologies at work while driving the 2017 Discovery in low-speed situations both on and off the road. These include the improved turning radius thanks to the Discovery braking the inside tires in a low-speed turn. Optional self-parking features for getting into tight spaces in town are a must-have for urban dwellers. 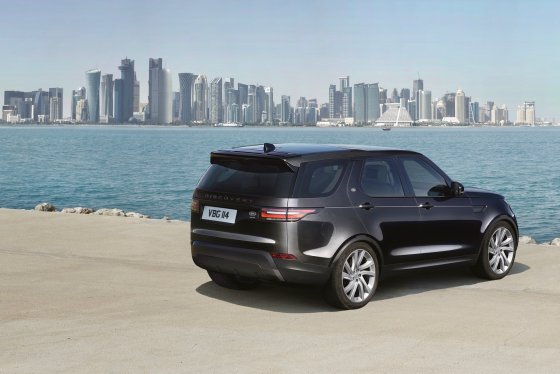 The 2017 Land Rover Discovery is a beautifully designed SUV that pays homage to the Rover heritage, the Discovery name, and modern luxury and convenience. To go with that, however, it hasn’t lost sight of what made it great in the first place and retains its off-pavement excellence and trail-ready prowess.