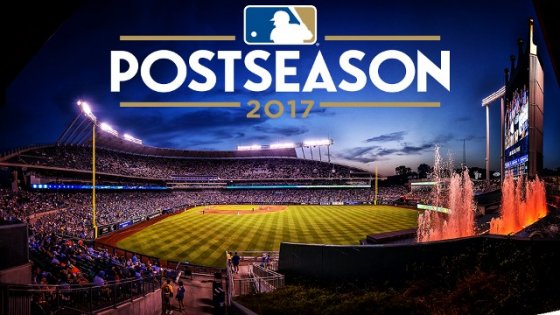 For the first time in a few seasons, Major League’s postseason was mostly decided about a week before the season ended, leaving very little drama for the final weekend of the regular season. But that should not change the fact that this postseason is setting up to be one of the greatest in a very long time and it begins Tuesday when the New York Yankees host the Minnesota Twins in a one-game playoff where the winner will go on to play the Cleveland Indians. A day later, we are given a chance to witness a very high scoring game when the Colorado Rockies head to Arizona to face the Diamondbacks. That winner gets the privilege of facing the Los Angeles Dodgers.

Did you know this is the first time since 2003 in which at least three teams finished with more than 100-wins? That means that the teams in this year’s playoffs are good, really good. If you combine the win totals of all playoff teams, it is the highest since 2012, when the extra two teams were added to the Wild Card round. 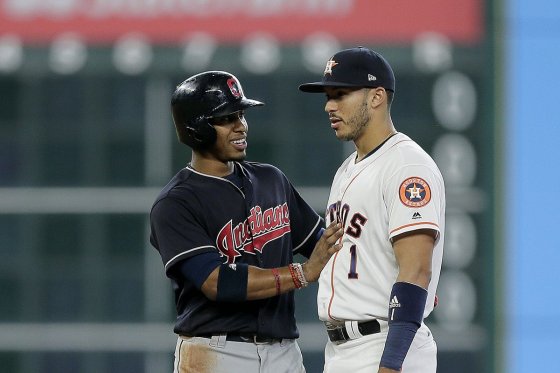 One of the most exciting match-ups everyone is hoping to see in the American League is going to be the Houston Astros and the Cleveland Indians. But they have to get to the American League Championship Series, ALCS, first. For the National League, viewers will not have to wait very long to see an incredible match-up between the Chicago Cubs and Washington Nationals, set to begin this Friday, October 6th.

With so many sports fans rushing to social media to voice their opinions on the recent political protests around the NFL, it is great to remove ourselves from that negativity and simply talk baseball. So let’s stop wasting time and get right into the heart of this article, the predictions.

Here are our predictions for the 2017 MLB Playoffs. Enjoy. 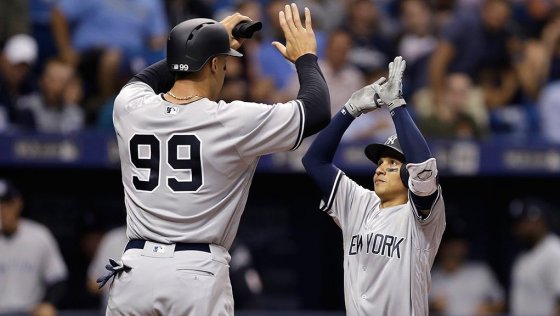 After finishing 59-103 last season, the Minnesota Twins were heading into a rebuild and replace year in 2017. But something else happened that has shocked fans of all teams. On August 1st, the Twins were in 3rd place in the AL Central, behind by 6.5 games, and were starting to fall apart. But then they went off and won 20 games in August leading to a Wild Card matchup that they can win, if things go perfectly right for them. Ervin Santana will have to shut down the Yankees young and red-hot lineup featuring Aaron Judge who hit 52 HR, 114 RBI, 128 R, and batted 0.284 for the year. They also have Brett Gardner, Didi Gregorius, Gary Sanchez, Matt Holiday, Starlin Castro, Jacoby Ellsbury, and Chase Headley. The Twins are not going to be able to overcome the talented Yankees lineup though. 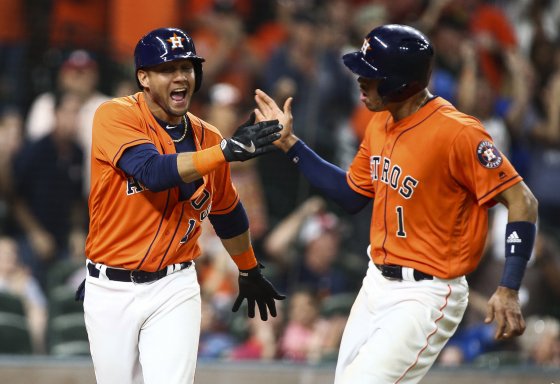 If any team in the AL has a chance at winning it all, the Boston Red Sox are easily one of the clear choices just based off their pitching rotation. Chris Sale gets the ball for game one but they will also have Drew Pomeranz, Eduardo Rodriguez, and Rick Porcello. But the Houston Astros love to swing the bats and that is the one reason we think will get them past the Boston Red Sox this year. The Astros have 11 guys with more than 12 HR this year and three starters hitting above 0.314 (Altuve, Correa, Reddick). The Astros also feature Justin Verlander as their Ace making this series a battle from the beginning until the end. 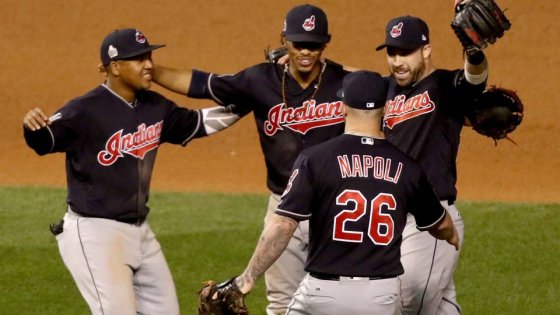 When the Cleveland Indians starting going on their winning streak a month ago, they changed the entire landscape of the league. They came within one base hit of winning a World Series last year and rebounded by breaking the MLB all time record for consecutive wins in a season. The Yankees have a combination of youth and veterans that will fall flat to the hottest team in baseball this year. 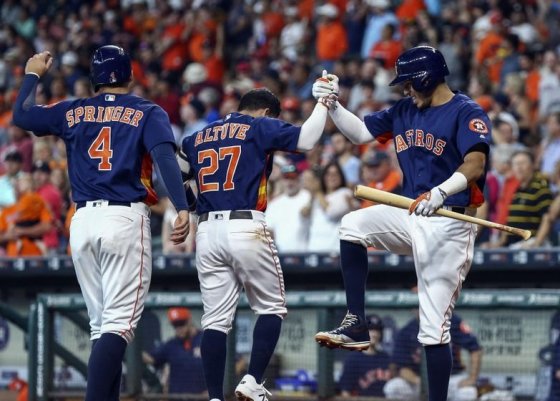 The Cleveland Indians fans are going to lose their minds when they see this but let’s face it, the Houston Astros have become the underdog story that everyone wants to see on top especially following the devastation that Hurricane Irma had on the city. This is going to be one of those epic battles where both teams are going to have blowout wins, at least one each, while also going into extra innings two to three times. This will go the full seven games and might come down to a dramatic ending for one team. 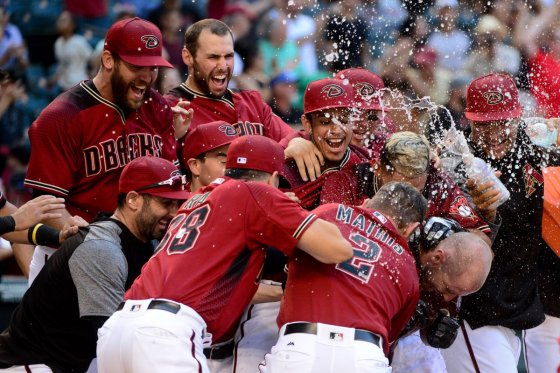 Expect the unexpected but prepare for the Arizona Diamondbacks to walk away with a win over the Colorado Rockies mainly because they aren’t playing in Denver. That isn’t to say the Rockies can’t win on the road but the D’Backs are so good at home, the Rockies would have to be nearly perfect to beat them. 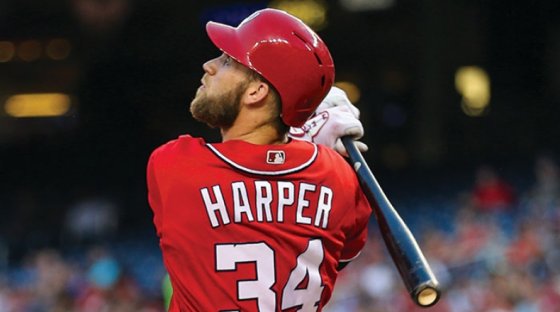 Try and remember how the world felt last October when the Chicago Cubs won the World Series. Now, what happened this year? They have fallen off the national spotlight yet they still ended up winning the NL Central with ease. However, there is simply no way the Cubs can beat the pitching trip of Stephen Strasburgh, Max Scherzer, and Gio Gonzalez. Those three pitchers have combined for a 46-19 record with a 2.67 ERA and 660 K. Sorry Cubbies, this is going to be a short postseason for you. 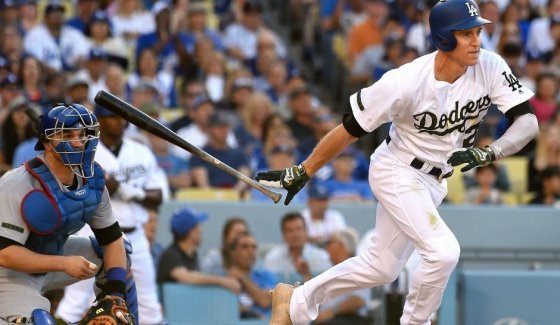 Cody Bellinger has been an adrenaline shot to the arm of the Dodgers this season. The 22-year old rookie hit 39 HR, 97 RBI, 87 R and had a 0.267 BA. Besides Bellinger, the Dodgers have four other players who crushed 20 HR or more this year making them one of the hardest hitting teams in baseball. If not for their miserable September, where they finished 12-17, then the Dodgers could have broken the MLB single season wins record. They went 41-10 in June and July and surged into the top of baseball. The Arizona Diamondbacks simply do not have enough talent to beat the Dodgers in five games. 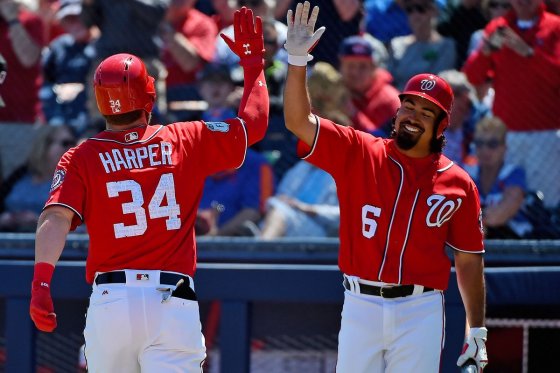 Assuming everyone stays healthy, the Washington Nationals just might be the best team to represent the National League in the World Series. The Dodgers pitching features Clayton Kershaw, Alex Wood, Rich Hill, and Hyun-Jin Ryu but even those four cannot stop the Nationals in 2017, it is going to be Washington’s turn to play in the World Series behind the strong pitching of their deadly trio. 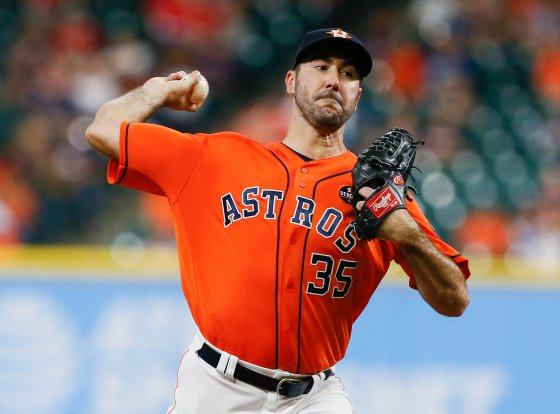 This is going to be the best World Series we could get in 2017. On one side, you have the free-swinging bats of the Astros and on the other side you have the Nationals stingy defense and tough pitching rotation. It is the type of series you rarely see because it is two monsters colliding at the perfect time in their seasons. As far as evenly matched teams are concerned, these two are about as close as they can get. We hope to see a Game 7 come down to the last pitch with Jose Altuve sneaking a game-winning double into left center field driving in the final run of the game.