By Scott Tunstall on September 7th, 2017 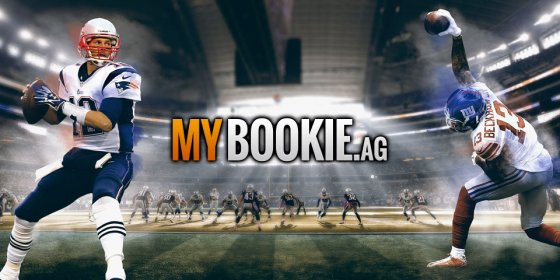 The wait is finally over. Week 1 of the 2017 NFL season is here. It’s glorious for football fans of every ilk, especially those who like to wager on games for, ya know, fun. Oddsmakers have done the tireless work of setting lines, totals, and props, so now is the time to analyze which teams represent the best bets on the slate.

This season we’ve partnered with MyBookie to bring you a series of NFL Betting Previews, because nothing would make us happier than for you to stick it to the oddsmakers with one of our recommendations. MyBookie.ag is a world class online sportsbook that caters specifically to recreational gamblers and they’re extending up to 100% Sign-Up Bonus to Gunaxin readers with the Promo Code “GUNAXIN.”

Week 1 can be somewhat tricky because a lot of the data utilized to create spreads is old. Sure the Browns were a laughing stock a year ago, but that doesn’t mean they will be this season (okay, maybe it does). Lest we forget, the Atlanta Falcons were 40/1 odds to win the Super Bowl last August. Recent trends are certainly a good indicator to follow, but they shouldn’t be accepted as gospel.

With this in mind, here’s a breakdown of Week 1 games from a betting perspective, as well as a few fantasy picks for extra flavor. 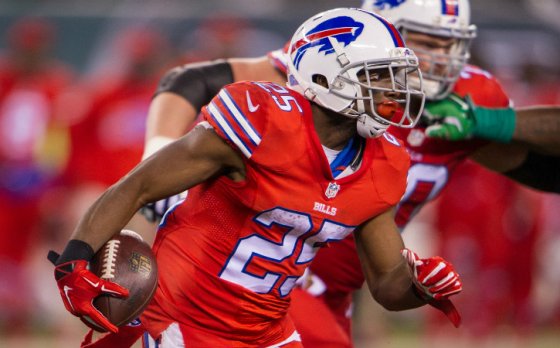 The Bills spent the offseason in full-on rebuild mode under the new head coach/GM combo of Sean McDermott and Brandon Beane. Speedy wideout Sammy Watkins is gone as are both starting cornerbacks, Stephon Gilmore and Ronald Darby. Even veteran free agent signee Anquan Boldin decided to retire half way through training camp after sensing a tank job was forthcoming. Making matters worse, quarterback Tyrod Taylor might sit due to a concussion, meaning rookie Nathan Peterman could be under center. Yikes.

The consensus pick for worst team of 2017 is the Jets. Hard to argue with that assessment. Their skill position players are abysmal, the secondary atrocious, and journeyman Josh McCown is at quarterback. In addition, one of their best defensive players, defensive tackle Sheldon Richardson, was just traded to Seattle for wide receiver Jermane Kearse and a 2018 second-round draft pick. Clearly this is a franchise heading in a downward direction. It’s not a question of if Todd Bowles will get fired, but at what point during the season.

The Bills are 6-4 ATS in the last ten meetings in the series. The Jets are 2-5 ATS in their last seven road games. Even is Taylor suits up, this is a lot of points to give a troubled Buffalo team against a divisional opponent that swept them a season ago. 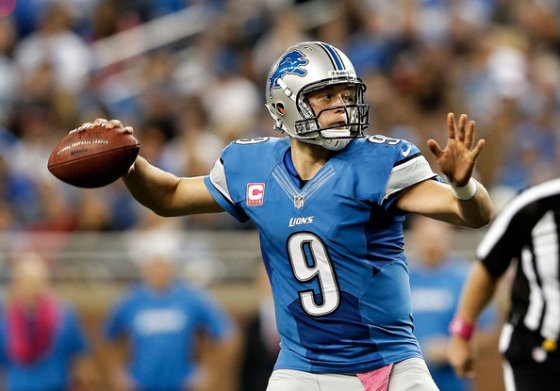 The Cardinals, a non-playoff team in 2016, are favored on the road against the Lions, a playoff team in 2016 that also went 6-2 at home. The fact that Arizona (+2000) has much better Super Bowl odds than Detroit (+4000) has everything to do with this line. Both offenses like to throw the football but do so in different ways. The Cards prefer to attack with deep shots, while Detroit uses quick, short passes to control tempo and move the chains.

If Carson Palmer can attack down field and build an early lead, then David Johnson is primed to close this one out in the fourth quarter. However, these Lions are a different animal than the ones of old. Matthew Stafford is riding high after inking a lucrative contract extension and is fresh off back-to-back seasons that netted 56 touchdowns and only 23 interceptions.

The total has gone OVER in Zona’s last 5 games, and UNDER in 9 of Detroit’s last 11 tilts. In other words, something has to give, Cardinals are 3-7 ATS in their last 10 overall. Detroit is 1-6 ATS in the last seven in the series, but 5-2 ATS in its last seven at home. 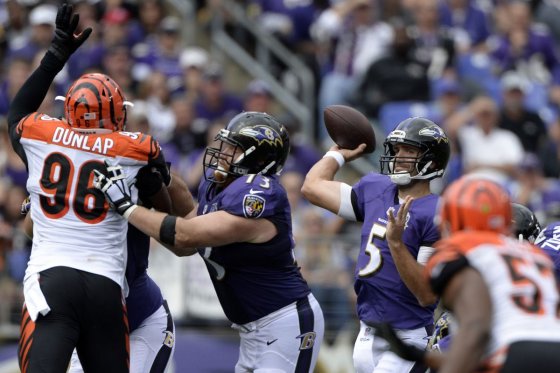 Joe Flacco is on pace to start despite missing all of training camp with an ailing back. He will assuredly be rusty, and rusty is far from ideal on the road against a nasty divisional rival. With a below average rush attack, the Ravens will have to rely on their franchise signal-caller to win the game against a defense that knows his strengths and tendencies. A quarterback not playing a lot in the preseason is normal, but not playing at all is problematic for the most important player on the field.

The Bengals will be without starting linebacker and resident idiot Vontaze Burfict, who is serving a three-game suspension for a hit on a defenseless player in a preseason game. Same ol’ Bengals, they just never learn. His absence will be felt, but it’s not like the Bengals defense isn’t loaded with quality players capable of picking up the slack, like Geno Atkins and Carlos Dunlap. They will be licking their collective chops to get after an out of sync Ravens offense. 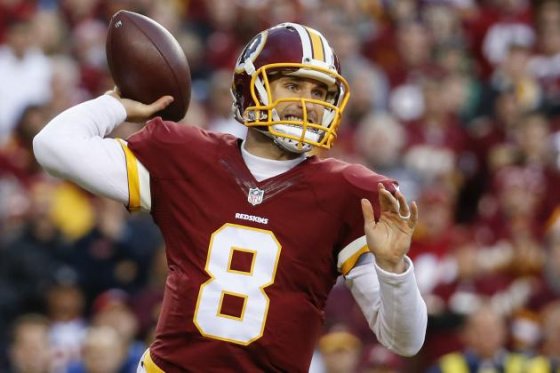 When these two bitter NFC East rivals tangle, fireworks are usually the norm. Both teams have suspect secondaries, and young strong-armed quarterbacks in Kirk Cousins and Carson Wentz. In fact, Cousins boasts a 4-1 career record against the Birds with 12 touchdowns and an average of 315 passing yards per game. Even with the free-agent departures of DeSean Jackson and Pierre Garcon, Washington still features a trio of playmakers in Jordan Reed, Jamison Crowder, and Terrelle Pryor.

Pick : Bet the Over 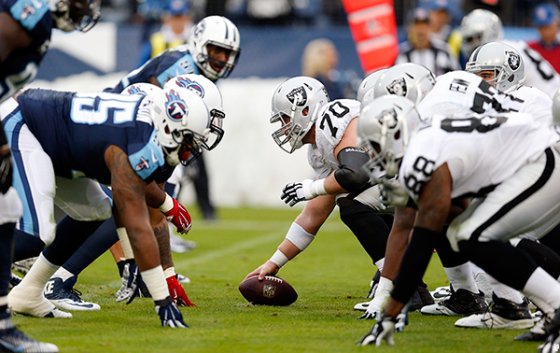 This sets up to be one of Week 1’s most entertaining matchups. Last year these two waged a low-scoring slugfest won by the Raiders 17-10 in Nashville. The Titans will be looking for payback and to get off to a fast start in a season chock-full of expectations. It’s a battle between two of the NFL’s young gunslingers, Derek Carr and Marcus Mariota, both of whom boast a myriad of weapons in their respective arsenals. On paper, the Titans upgraded their secondary by inking cornerback Logan Ryan and safety Jonathan Cyprien. Will that be enough to slow down Amari Cooper and Michael Crabtree? Fasten those seatbelts, this could get wild.

The total has gone OVER in 8 of Oakland’s last 11 games, and in 9 of Tennessee’s last 13. The 2016 yawner seems like an outlier. There’s too much talent of both offenses for this one to misfire. Expect a shootout.

Pick : Bet the OVER 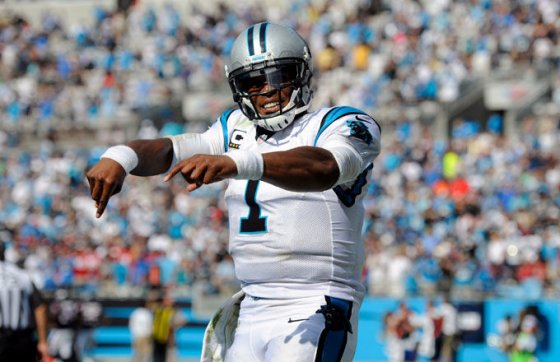 Cam Newton is looking to rebound after a miserable 2016 campaign that led to offseason shoulder surgery. If he’s fully recovered, the offense has a chance to be dynamic with veteran holdovers Greg Olsen and Kelvin Benjamin, plus dual-threat rookie running back Christian McCaffery. The Niners are banking on new head coach Kyle Shanahan to resurrect a franchise mired in a post-Harbaugh funk the last two seasons. Brian Hoyer doesn’t exactly inspire confidence under center, but he’s at the very least a competent drop back passer. On the plus side, with Chip Kelly’s time of possession liability/three-and-out remedial offense gone forever, an underrated defense will have renewed energy to prove the doubters wrong.

Pick : Bet the Under 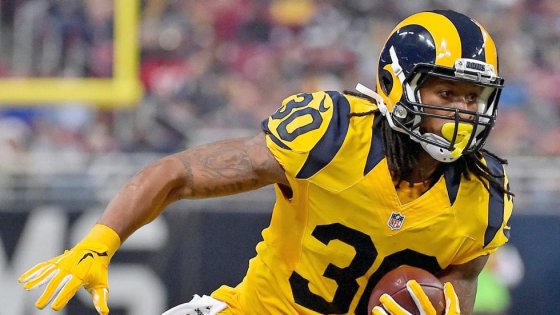 Sure, Gurley stunk up the joint in 2016. However, fresh-faced Rams head coach Sean McVay won’t repeat the same mistakes of dimwitted Jeff Fisher. Gurley will be featured in the Rams offense to alleviate pressure on quarterback Jared Goff. Adding a cherry on top, the ex-Bulldog back draws a dream matchup at home versus a lackluster Colts defense that finished 29th against the run a season ago.

Eagles head coach Doug Pederson says he wants to run the ball more, but seeing is believing. Besides, you don’t sign Alshon Jeffery and Torrey Smith just to watch them run down the field and block for LeGarrette Blount. Wentz will probably be playing from behind on the road, so expect him to air it out in order to keep pace with Kirk Cousins.

Super-sleeper of the week. Jermane Kearse is now a Jet and Tyler Lockett has been in bubble wrap all summer. The speedy Richardson will benefit as Russell Wilson’s main deep threat against an atrocious Packers secondary. Aaron Rodgers at Lambeau means trouble for opposing defenses. The vaunted ‘Hawks saw that first hand in last year’s 38-10 thumping. In order to survive, Pete Carroll must dial up the pass. 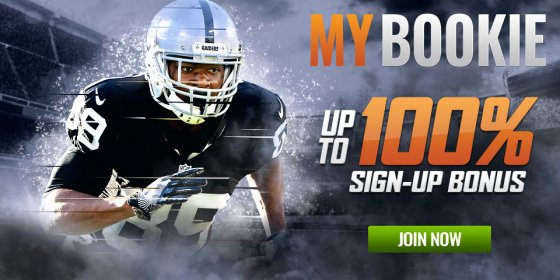