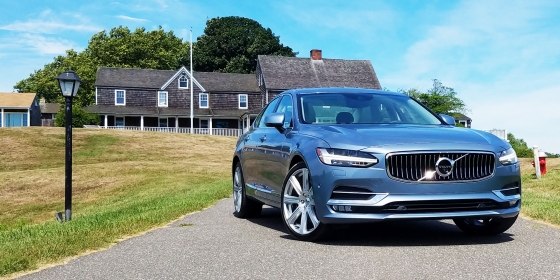 The name Volvo has always been synonymous with safety. But people don’t purchase cars or trucks based entirely on their safety rating. They make purchase decisions with their hearts. Volvo impressed us with the reboot of the XC90 last year. Is Volvo capable of reproducing that desire with the new S90 sedan?

To that end, Volvo flew us to Montauk, Long Island (Volvo owners territory) to reach our own conclusions about the 2017 Vovo S90. The XC90 impresses with design, performance, technological innovation, and safety. Not everyone wants a crossover, though, so can the S90 live up to expectations while staying competitive with the German competition? 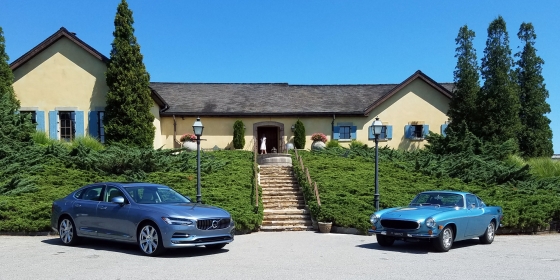 There is no mistaking the S90 as anything other than a modern Volvo, and that’s a very good thing. The upright waterfall front chrome grille was first seen on the P1800 coupe from decades ago, but has obviously been modernized. The LED daytime running lights, called “Thor’s Hammer” by the Volvo folks, are just freaking cool and stunning when activated.

The car features a high belt line that still lets in plenty of light, and the car has shorter overhangs to give the appearance of a sportier car. The design isn’t shouty, but different enough subtly from the German competition for it to stand on its own.

That brings us to the rear of the car. Maybe it was the color they gave us to drive, but we weren’t particularly fond of the taillight arrangement. The trunk itself looks fine, and we like the “VOLVO” script written across the deck. It’s something will need to grow on us, though you might love it. 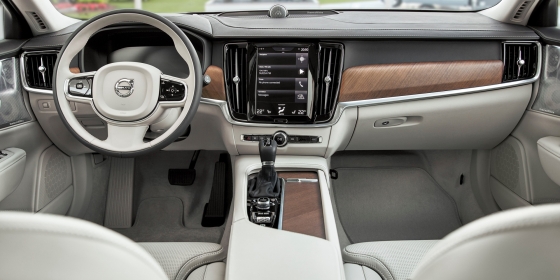 Volvo describes their interior as a “Scandinavian Sanctuary.” It’s not bullshit. When you climb into the S90 you are immediately taken into another world. In this world, everything is put together exquisitely. The wood trim pieces are real wood, the aluminum is real aluminum. Everything inside feels solid.

Sensus, if you haven’t heard of it, is unlike most infotainment systems in cars. It uses a portrait orientation for the 9.5″ center console display. This makes it look, and feel, like a tablet mounted where the normal screen would be. Volvo gives the touch screen tablet-like controls. When selecting the Navigation, you can pinch to zoom in and out on the map. You can swipe left and right for additional options.

Unlike some other high-end systems, the Sensus system works smoothly and the graphics render quickly. Volvo put enough horsepower in the processing and graphic rendering to handle it all. The system isn’t perfect. The touch targets for some of the functions were smaller than we’d like, and requires taking your eyes off the road to find what you’re looking for. Many functions can be controlled by voice, but for a company focused on safety not having many tactile buttons to control functions seems like an inconsistancy.

The optional 19-speaker Bowers and Wilkins stereo system is pricey at $2,650, but it’s arguably the best system out there for in-car sound fidelity from any manufacturer at any price. Give it a good source content — that’s not SiriusXM folks — and it’ll blow your mind. It beats the competition, including Lincoln’s Revel, Lexus’s Mark Levison, and even the Bang and Olufusen systems offered by the Germans.

Overall interior features, materials, and fit and finish are top-notch, and better than what is available in the BMW 5-Series, Audi A6, and nearly on par with the all-new E-Class Mercedes-Benz. 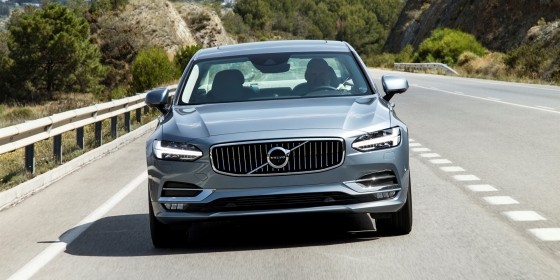 There are two engine options for the Volvo S90. There’s the T5 and T6. Before we talk about the engines, though, we’re going to say that the engines themselves don’t matter. Here’s why; 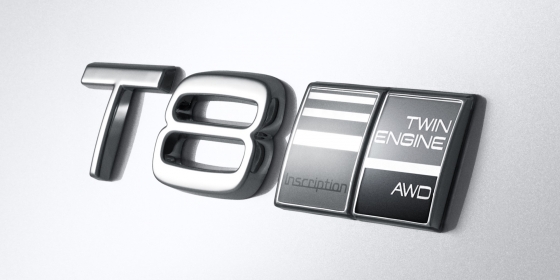 The T6 is plenty quick, with the supercharger virtually eliminating turbo lag that you’d normally experience. Also as you don’t obsess over cylinder count, you’ll be very pleased with the S90’s performance as a luxury cruiser. For the enthusiasts, hopefully there’s a R-Design or full-on R version in the future. 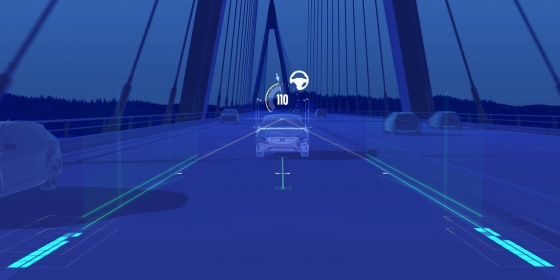 Safety has always been at the forefront of Volvo vehicles. They have a goal of eliminating all human deaths inside their new vehicles by the year 2020. That might seem like a pipe dream, but they are a company that surely can do it.

Relating specifically to the S90, the car has all of their Pilot Assist II Semi-Autonomous technology standard on all models. It’s still a hands-on system, but can — and does — take the stress and annoyance out of stop-and-go traffic situations. 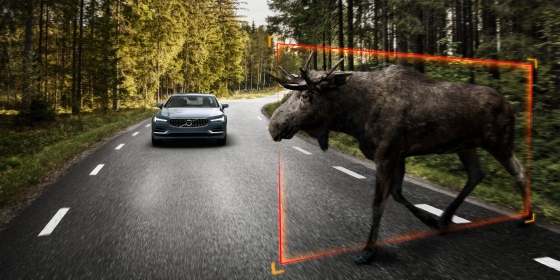 Additionally, the S90 has Large Animal Detection with automatic braking. While we’re sure many of you are familiar with pedestrian detection, those systems have no idea what do to if a deer (or moose) runs out in front of you. The Volvo system does, and will brake for you if necessary.

The passenger seat brackets have even been designed to crush a particular way to prevent spinal injury if the car goes off the side of the road and catches air. All the automakers care about safety, but very few have it bred into their heart and soul the way that Volvo does. 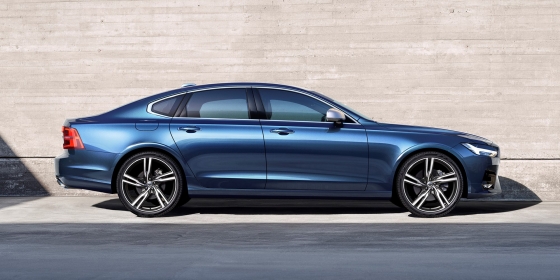 The 2017 Volvo S90 is the latest introduction in a long line of all-new vehicles coming from the brand. Its luxury features, state-of-the-art safety, good looks, and Scandinavian design help it stand out in a sea of German luxury sedan rivals.

If you’re bored with the likes of BMW, Mercedes-Benz, or Audi you should do yourself a solid and head to a Volvo dealership to try out the new S90. It follows in the greatness of the award-winning XC90 and provides a premium luxury experience in a way only Volvo can offer. We look forward to seeing what’s next from Volvo.