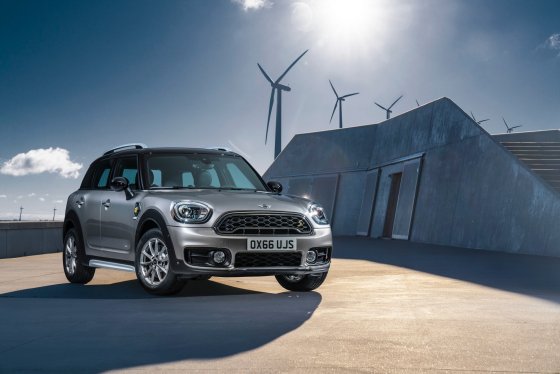 It should be clear by now that BMW has fallen in love with plugs. The MINI Cooper Countryman is the latest of the German automaker’s line to get electrified. So far, every plug-in that BMW has built has been a winner, from the big X5 to the beautiful 5-Series. The Countryman, being the biggest MINI (ha!), is no exception to the “plugs are better” rule at BMW.

The good news is that with the weight gains and retuning added to accommodate that plug, the MINI S E Countryman drives, feels, and handles better than its standard gasoline stablemate. 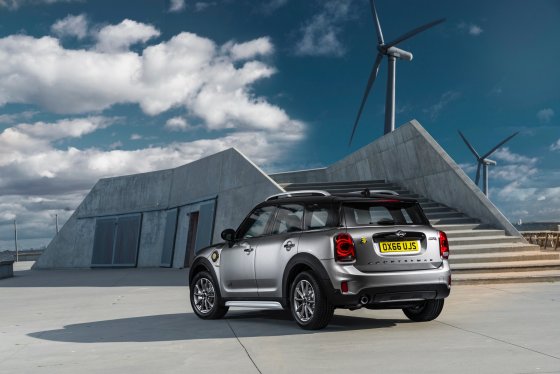 On the outside, the 2018 MINI Cooper S E Countryman is a five-door MINI Cooper with adult-sized back seats and a realistic cargo space. The Countryman follows the general MINI design language of square body and round-nosed grille. The wheels are flung to the edges and the flat-lined rooftop carries a fun that is oh so British.

The plug-in S E Countryman has a few differences from the standard models in their look. The BMW “E” symbol for plug-ins is found on the rear hatch. A similar symbol marks the extra hatch door on the left-front fender, disguised as a fender emblem and hiding the plug-in port. Another “E” is found on the front grille. 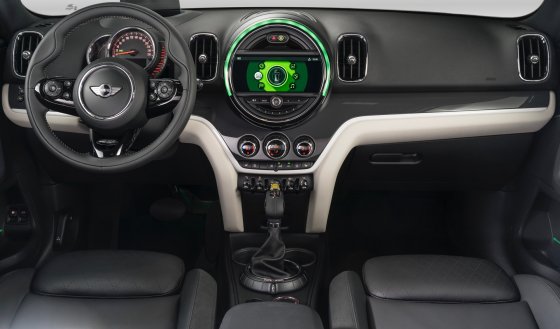 Inside, the 2018 MINI S E Countryman retains all of that MINI goodness that the preferred automaker of Austin Powers is known for. Rounded everything and chrome aircraft switches are the theme. Added to this are benefits gained from BMW ownership, such as comfortable, well-bolstered sport seating and a grip-friendly steering wheel.

The Countryman’s front seats are excellent while the second row of rear seating is the only adult-friendly option in the MINI lineup. Two grownups can sit comfortably in the outboard positions while the center position is excellent for kids. The rear has ample cargo space for most needs with a wide-opening rear hatch for ease of access. The split-fold rear seats in 40/20/40 are standard for more versatility.

For the driver, seating is nicely accommodating for nearly all sizes. Even the big and tall. Headroom is surprisingly good and seat bolstering and adjustments allow for most body shapes to find comfort. The driver’s position is perfect for fun times and the optional head-up display adds a nice metric to the ease of the drive.

Switches in the S E Countryman are the same as those found in the standard Countryman with the exception of a couple of changes to the lower panel. The far left switch changes the drive mode through the three options. These are battery-only, automatic mix of battery and engine, and engine-only. Another switch at far right controls the head-up display.

Another big difference is in the instrument cluster for the S E, which replaces the tachometer on the left-hand side with a battery power and power consumption meter. The battery meter is a line made of light that indicates battery charge state. A needle moves along a gauge next to that to indicate power usage or charging (if braking). The fuel gauge for gasoline is in the usual spot along the right-hand side of the cluster. The central driver’s information screen gives total range and EV range estimates. 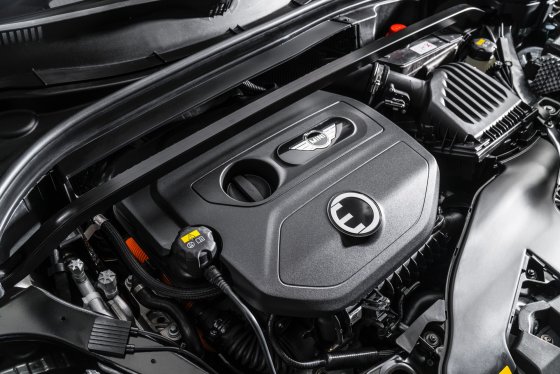 There’s more under the hood of the MINI Countryman in its S E plug-in package than is, well, literally under the hood. The standard 1.5-liter turbocharged three-cylinder engine that powers the MINI is there, producing 134 horsepower and 162 pound-feet of torque. An automatic transmission is paired to that, driving the front wheels. Between the transmission up front and the rear axle, however, sits an electric motor. Inside that space between engine and motor is a battery pack, slung low across the frame to lower the MINI’s center of gravity.

The battery stores up to 7.6 kWh of power and supplies the motor with juice for up to 18 miles per charge in all-electric driving. The motor drives only the rear axle, making the MINI S E Countryman an all-wheel drive vehicle. Total system output between the engine and motor is 221 horses and 284 lb-ft of torque. 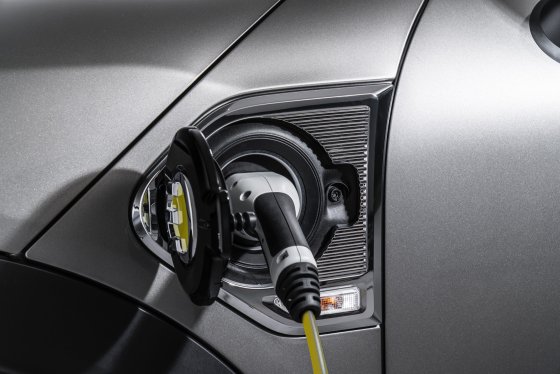 This is slightly more power than the standard gasoline-only Countryman, but the S E model also adds some weight with those batteries and control electronics, so the power to weight is about even between the two. The difference is that the extra weight is almost all slung low on the car, giving it a low and balanced center of gravity. The power is delivered earlier as well, with the electric motor giving full torque from zero RPM and the system not holding back throughout its power band.

Those all combine to give the 2018 MINI Cooper S E Countryman a very fast off-the-line feel, even if it doesn’t necessarily translate to a fast reality. It also adds the low-slung weight, which is excellent for handling and road dynamics, giving this MINI a wonderful feel in the corners and around town. The suspension of the S E Countryman is from the S models, but beefed up a bit and tuned for the added weight and dynamics of the EV components. 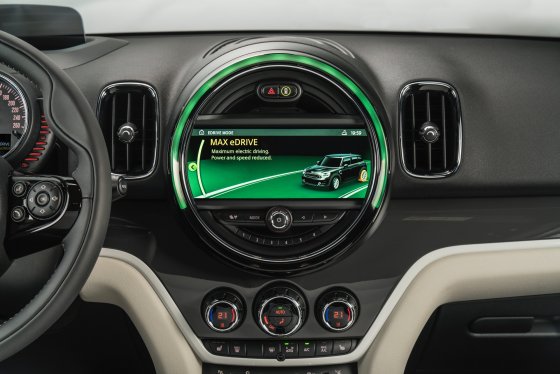 Fuel economy is rated at 27 mpg combined in the S E model. During our week with the car, we found that the 18-mile EPA estimate for range is pretty realistic when driving in town or at sub-highway speeds. The total MPG estimate is also realistic overall and most will likely find it conservative. At high altitude with high freeway speeds (80mph), we managed to nearly match that 27 mpg combined rating in mixed driving. At lower speeds and altitudes, most will probably best them.

The MINI Countryman on the whole benefits from sharing its underlying components with the BMW X1 crossover, a sporty machine as well. The X1 plug-in model sold in China is, in fact, almost identical in power-train to this Countryman plug-in. 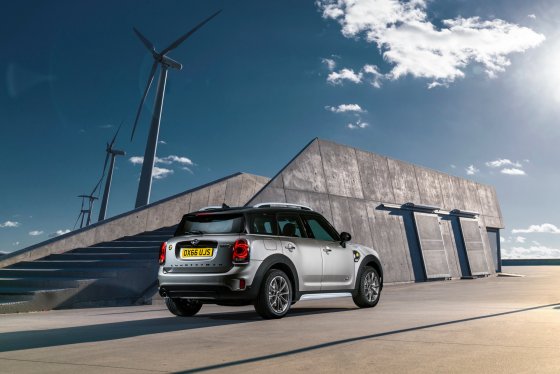 After our week in the 2018 MINI Cooper S E Countryman plug-in hybrid, we were impressed with how well-done this MINI with a plug is. With a roomy interior, little compromise versus its gasoline counterpart, and a great drive experience that is all MINI, the Countryman PHEV is well worth the price if a MINI is on your radar. Our top-end model for the car stickered at $39,700 and the starting MSRP for the MINI S E Countryman is $36,600 plus delivery.