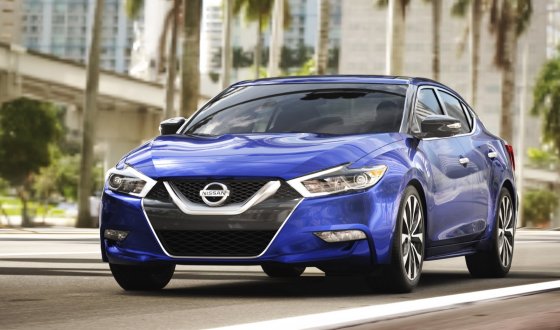 When Nissan resurrected its “Four-Door Sports Car” nickname for the latest generation of the Nissan Maxima in 2016, eyebrows raised and enthusiasts scoffed. How could a front-wheel drive, CVT-only car be anything remotely approaching a sports car?

Nissan still has a way to go to convince much of the public of the Maxima’s sporting prowess. It doesn’t help that the brand has stubbornly clung to that CVT-only build sheet. We wish there was at least an optional manual transmission. The Maxima may be front-wheel drive, but it has great handling and power. We think a shift-it-yourself option would give the “4DSC” moniker a bit more street cred.

That notwithstanding, we think the 2018 Nissan Maxima Platinum we drove had a lot to offer driving enthusiasts who don’t get hung up on transmissions. It’s deserving of its status as the top Nissan sedan — and a lot more engaging to drive than most front-drive midsize sedans. 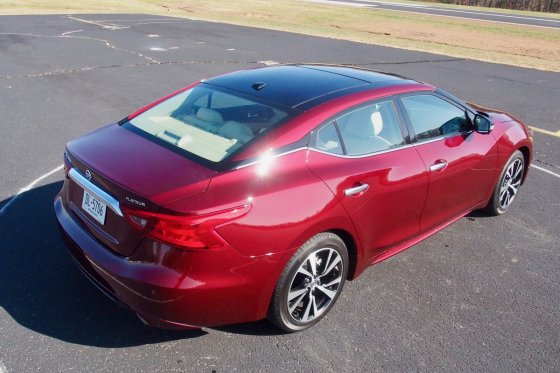 This is the eighth generation of the Nissan Maxima. It might also be the most aggressively styled generation. Muscular curves and creases give the Maxima a dose of sporty ambition missing from the previous two generations.

What it is not, is the largest sedan in Nissan’s lineup. Maxima and Altima are about the same size these days, with Altima offering slightly more interior space thanks to its less-stylized exterior. The difference is not huge, mind you — we had an easy enough time hauling two kids in the back seat, and there’s sufficient room for four adults to ride in comfort for hundreds of miles, particularly if the rear-seat passengers are not more than six feet tall. 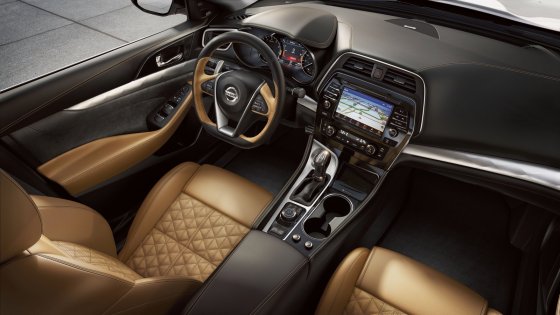 Instead, Maxima makes sportiness and luxury its unique selling propositions. No Altima, with its torsion-beam rear suspension, handles like the Maxima. And in upper trims, the Maxima’s luxurious interior appointments far outshine the top Altima. Compare the Maxima’s “Ascot” premium leather surfaces with diamond-stitch details to almost any leather-clad front-wheel drive midsize sedan, and you’ll see what we mean.

A sporty drive is clearly communicated by several of the design elements inside and out. The steering wheel is a flat-bottom affair with chunky sport grips at 10 and 2. The front seats offer extendable thigh support and somewhat aggressive side-bolstering. Our Platinum tester was outfitted with Continental ProContact 245/45 18-inch rubber on sporty-looking alloy wheels. Muscular bulges on the hood send a message that there’s ample power underneath. There’s even discrete “4DSC” letters hidden in the jeweled head- and tail lights.

All in all, we find the Maxima attractive. As dads, we appreciated that it stood out from the crowd of Camrys, Altimas, Fusions, and Accords clogging the nation’s highways. We also enjoyed the interior’s cockpit-like design. 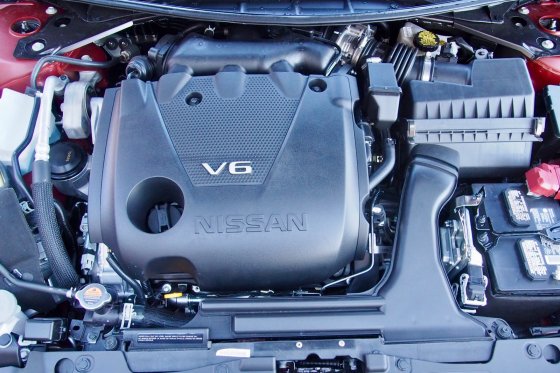 The driving experience behind the wheel of the 2018 Nissan Maxima Platinum was mighty enjoyable, too. The 3.5-liter V6 engine had 301 horsepower and 261 lb-ft of torque. That’s plenty to play with on public highways here in America, where speed limits are often set artificially low.

That power was sweetened by the Maxima’s fully independent suspension front and rear, which gave the car excellent balance and composure on curvy roads and broken pavement. Steering feel was positive, if a bit numb. We’d compare it to the Volkswagen Passat: not totally lifeless, but also not all that sporty.

Something else that isn’t that sporty about the Maxima: its continuously variable transmission (CVT). As we said at the beginning of this review, it would do wonders for Maxima’s street cred as a “four-door sports car” if Nissan would actually include a manual transmission in the options list. Most folks who care enough about driving to shop for a sporty alternative in the midsize family sedan segment will not be turned-on by a CVT, no matter how good it might be. 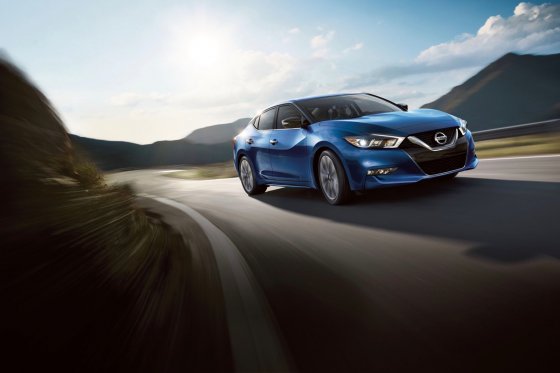 And make no mistake, the Maxima’s CVT is good — brilliant, even. Around town, it keeps the engine hushed and improves fuel economy by finding the most efficient revs for your desired rate of acceleration while pulling away from a stop. More throttle, more revs. It operates kind of like a really advanced snowmobile transmission.

On the highway, that CVT settles into a nice, low-RPM cruise at speeds below 70 MPH. Climb a hill, and it will downshift to maintain speed, though the downshift feeling is far different from most multi-speed automatic transmissions. It’s smoother, which many driving enthusiasts interpret as “slower,” even though we had no trouble keeping the Maxima on the boil when passing slower traffic or climbing long hills.

Nissan kowtows to those enthusiasts when the throttle is pressed to the floor, as the CVT mimics several simulated “gear changes.” That actually makes the CVT slower at full-throttle acceleration than it could be. While the high-RPM full-throttle engine drone of earlier Nissan CVTs came in for criticism more often than not, it also was a more efficient way to accelerate.

Where the CVT pays dividends is in fuel economy. We averaged 28 MPG with a lot of idling and a heavy right foot. We left the Max in “sport” mode on its drive mode selector the last few days of the test week and generally tried to drive it like a “sports car,” and mileage was not affected.

Overall, we really enjoyed the driving experience except for one quirk: The throttle seemed to be either on or off, a lot of the time. If throttle pressure was light, it was hard to feather the throttle to control speed without causing a slight jerky motion. This happened with the cruise control on or off.

We have never noticed this behavior in any other Nissan, even models with the 3.5 V6 and a CVT. It might be the Maxima’s throttle tuning is more aggressive than those models. Or it might be that someone with a particularly heavy right foot had the car before we did, and the computer didn’t have sufficient time to learn our driving habits over a week and 300 miles. 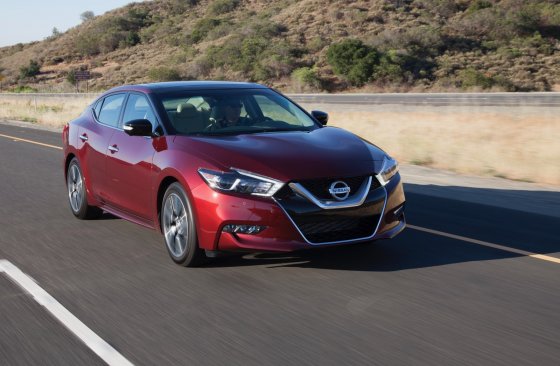 The Maxima won a lot of fans during our test week. Its sexy sheet metal and superb interior have appeal that is hard to deny. Our test car had a sticker price just a few dollars north of $42,000. That caused some of those fans to pause in their admiration. One, an owner of a 2017 Nissan Altima, admitted the Maxima was the car he and his wife had set out to buy, but they settled on the more budget-friendly Altima.

The Altima offers kind of the elephant in the room, here: A studious buyer can find an Altima with this same V6 and CVT, with leather seats, for around $30,000 after a little negotiating. That makes spending more than 40-large on a Maxima a little hard to justify, for some folks. Sure, you can get a Maxima close to $30,000 — but it’ll lack leather seats, our test car’s glass roof, and a few other niceties. But the Maxima, in that case, does its job. It’s a halo model among family midsize sedans, but it’s not so far removed from the budget that shoppers will dismiss it as a possibility. When they get to the dealership, maybe they decide the Altima is the better buy for them. Nissan still made a sale.

The 2018 Nissan Maxima Platinum clearly punches above its weight. This is a car that we’d have no shame recommending to folks who are checking out entry-level luxury front-drive sedans like the Lexus ES 350, Acura TLX, and Buick Regal.