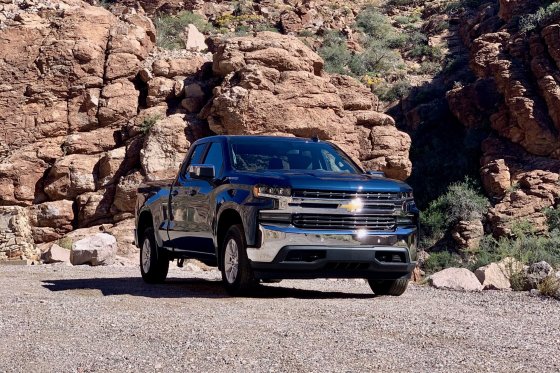 The Chevrolet Silverado 1500 is the 2nd best selling truck in America, and they hope the upcoming 2019 model with a new 2.7L Turbo engine will help it gain on the competition. We recently were invited out to Scottsdale, Arizona to be among the first to drive the new engine and were left impressed with the power and performance Chevrolet was able to achieve with just 4-cylinders. The direct injection turbo trend is something we’ve seen in many sedans and crossovers that we drive, so it’s not too surprising to see it emerge in the world of trucks as well. This isn’t just a crossover engine shoved under the hood of a Silverado though, it was developed as a truck engine from the outset so it’s capable of towing 7,200 pounds with a 2,280 pound max payload.

The Tennessee built engine was able to power us up some steep inclines without any trouble, and overall made the Silverado drive a bit more like a car. While we didn’t time it ourselves, Chevy reports 0-60mph times of 6.8 seconds with the Silverado reaching its peak torque more quickly than its competitors. The new Silverado Turbo achieves an EPA-estimated fuel economy of 20 mpg in the city and 23 mpg on the highway.

“The new Silverado 2.7L Turbo delivers impressive performance and fuel efficiency,” said Tim Asoklis, Silverado chief engineer. “It’s fun to drive every day — quick from the start, and pulling hard under acceleration. With up to 23 mpg on the highway, the truck is efficient while still offering plenty of capability to tackle weekend projects and trips to the lake.” 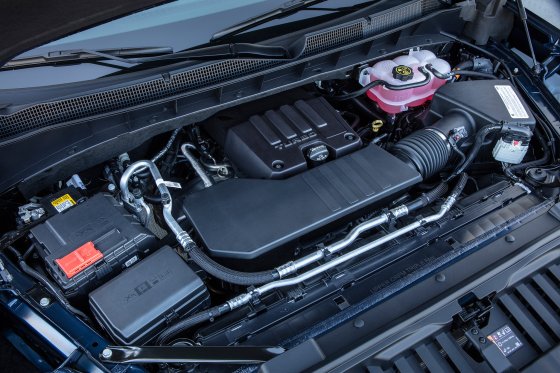 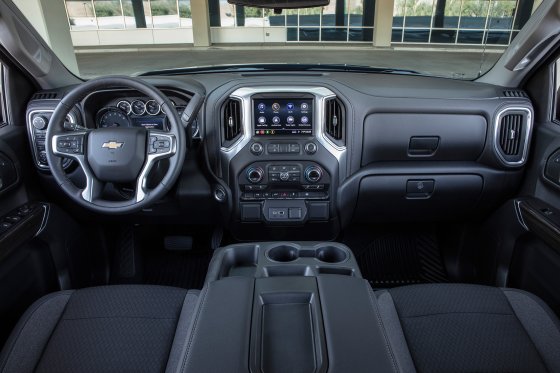 The 2.7L Turbo is standard on the LT and RST trims, and is expected to be the volume engine for Silverado once it is made available to customers in the coming days.