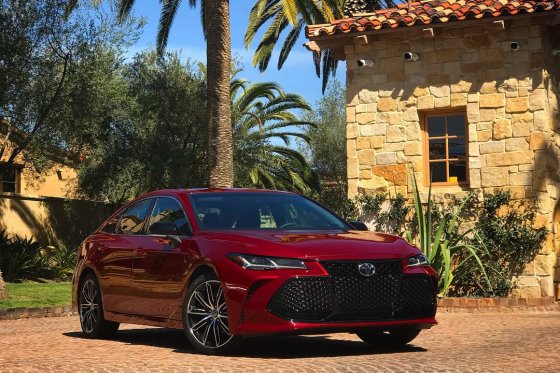 The Avalon is the largest sedan in the Toyota line-up, and it has been largely overshadowed in the past by the more popular Camry and Corolla. Those two models each sell roughly as many cars in one month as Avalon did in the entirety of 2017. However the 2019 Toyota Avalon is all-new, and looking to establish itself as a true flagship in the lineup. While we doubt it will lead in sales any time soon, it does set a higher standard for the brand. We recently were invited to Del Mar California to drive all of the various grades, with four trims and two engine options. For this feature we’re going to focus mostly on the sportiest version, the Touring V6 model (pictured above), which has improved performance and style that is nearly Lexus-like. 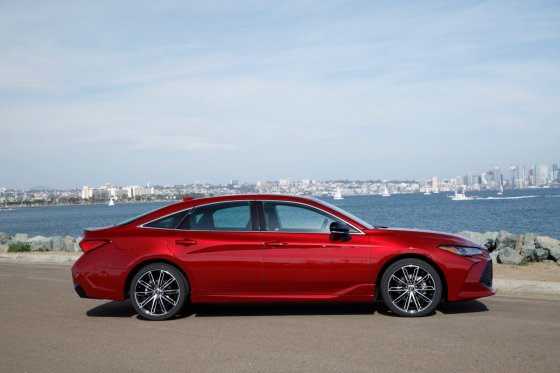 The new Avalon is based on the TNGA platform, and the vehicle has been noticeably lowered, widened, and the wheelbase extended. We’ll let the experts determine whether it qualifies as a Mid-Sized or Full-Sized sedan, but the result is a more appealing stance, with a lower center of gravity and a sleeker profile. The rear is now more similar to a trendy fast-back, and distinct body creases on the doors go further to add much-needed character to the profile.

Toyota has been on a mission to be more daring with their design, to avoid the charge of making boring cars, and evoke an emotional response. They’ve largely depended on pushing the envelope with front-end grille styling to accomplish this goal, and with the new Avalon, they’ve certainly done that. Formed by combining the previous upper and lower grilles, the result is an odd shape that is definitely polarizing. While we’re not sold on the shape just yet, we do love that Lexus F-Sport like black sport-mesh treatment on the Touring and XSE models. The new grille combines with some fabulous new headlights, and functional air intakes to create an unexpected sporty look to the XSE and Touring models.

Clark Griswold’s Dad taught him everything he knows about exterior illumination, but at Toyota they have engineers for that. They were so proud of their LED Vision Tech Lighting System that they brought an engineer on site to demonstrate how they work. All of his lighting goodness is now LED, which is a first for Avalon, and frankly the way it should be. Words don’t really do the lights justice, so you’ll have to check it out for yourself when you take the Avalon for a test drive. The Touring model has Toyota’s slimmest LED lenses with available Adaptive LED Cornering Lamps. Front and rear dynamic auxiliary turn signals are also available, and really cool. We don’t often dedicate an entire paragraph to lighting, but in this case Toyota has put in substantial effort and the results are truly a selling point for this vehicle.

Overall their exterior design concept was “Technical Beauty”, which we find to be an apt description. We have a feeling the polarizing grille will grow on people the more they see it, but at least it’s not boring. If your design isn’t pissing off some people, then it’s probably not delighting very many either. 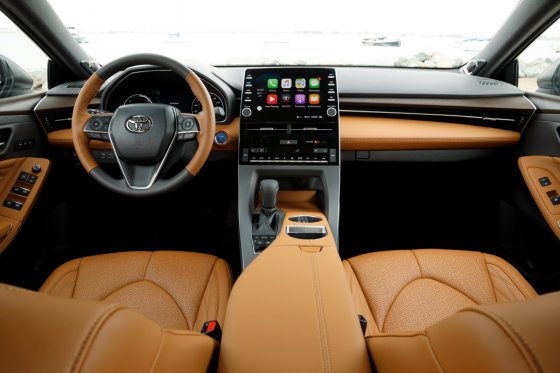 The Cognac leather interior that you see in these press-kit photos is fabulous, but sadly only available in the Limited trim. We didn’t let that inconsistency with the exterior photos prevent us from showing you the best looking interior images though, so you’ll have to complain to Toyota if you’d like this in your Touring model Avalon. The Sport grades (XSE and Touring) are only offered in grey and black with generally less expensive interior materials. They apparently dedicated the budget to performance, and saved the premium interiors for the plush Limited trim. However the Touring model was still quite nice.

The most unique design element of the interior is the floating cluster center stack, which is really quite striking. The piano-black rectangular panel stands off from the rest of the dashboard, and houses the infotainment and HVAC controls.

Infotainment has made a tremendous leap with the 2019 Toyota Avalon, as Apple CarPlay is available for the first time with Entune 3.0. Other Toyota firsts are smartwatch connectivity, Amazon Alexa, and a 14-speaker 1200-watt JBL audio system with Clari-Fi. All are standard on the Touring model. Other notable technologies on the Touring model are the 9 inch touch screen, 7 inch multi-information display, and massive 10 inch color Head-Up Display (HUD). They even provide five USB charging ports, and QI-compatible wireless charging is available. 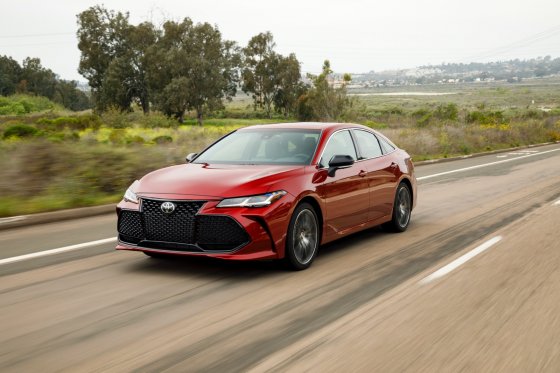 Toyota gave it an aggressive face, but does the Avalon deliver under the hood? Despite lackluster drive roads, we were able to push the front-wheel-drive six-cylinder powered Avalon a bit and found it much more fun to drive than we were expecting. The new 3.5 Liter V6 engine is standard on gas models and produces 301 horsepower and 267 lb. ft of torque. That is a notable increase over the outgoing model, while fuel economy is actually improved slightly as well (22mpg city, 31mpg highway). The new engine is paired with an 8-speed automatic transmission and accompanying paddle-shifters. The Touring model features a Toyota first drive mode selector (ECO, Normal, Sport, Sport+, and Custom) which makes adjustments to the Electronically Controlled Automatic Transmission, Electric Power Steering, and Adaptive Variable Suspension. Engine Sound Enhancement is also utilized to help put a smile on your face. All of that combines for an exciting drive experience that is well beyond what has ever been offered with the Avalon in the past.

Toyota is now known for including their active safety features with Toyota Safety Sense P (TSS-P). Standard on all grades are Pre-Collision System with Pedestrian Detection, Lane Departure Alert with Steering Assist, Automatic High Beams, Blind Spot Monitor with Rear Cross-Traffic Alert, and Full-Speed Range Dynamic Radar Cruise Control. Also available is Intelligent Clearance Sonar with Rear Cross-Traffic Braking. We didn’t have time to test all of these systems, but we didn’t run into anything while driving the Avalon, so that’s a good sign. 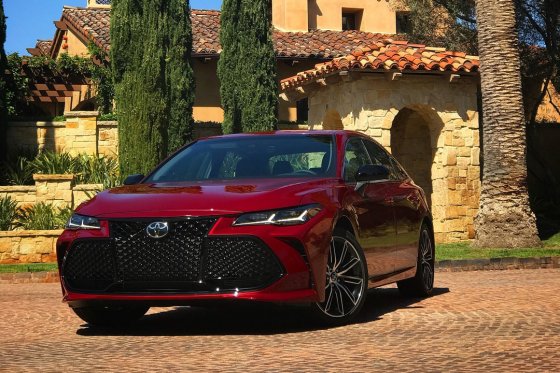 The 2019 Toyota Avalon is new in every way possible, with bolder exterior styling, refined interior, massively upgraded technology, and a new focus on performance. Our Touring tester was priced at $42,200, while the base XLE model starts at $35,500. That is certainly premium pricing to match a premium product, but it’s easy to see where the money goes though

The Avalon has always been a bit of an after-thought to us. We knew Toyota built the vehicle, but it didn’t really attract much attention, from anyone. They set out to change that with this new model and make it a true flagship. We think those efforts were successful. If you’ve been an Avalon driver in the past, we think you’ll be absolutely floored by the leap that Toyota has made with this new version. However the real trick is attracting new buyers, and here is where we think Toyota might just had a winner on their hands if they can get the word out. Although it’s very possible they may just conquer buyers from Lexus, which probably isn’t what they had in mind.