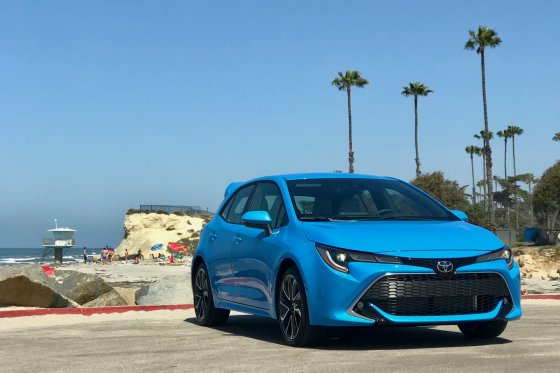 Hatchbacks certainly aren’t selling as well as Crossovers in the United States, but the Corolla has been a successful nameplate for many decades, and Toyota doesn’t appear to be abandoning cars anytime soon. The all-new 2019 Toyota Corolla Hatchback happily replaces the Scion / Corolla iM place-holder in the lineup, and it’s built upon the Toyota New Global Architecture (TNGA) platform. We recently traveled to Del Mar, California to be among the first to get behind the wheel of Toyota’s new hatch, and you can see we promptly took the newest Corolla to the beach for some glamour shots. 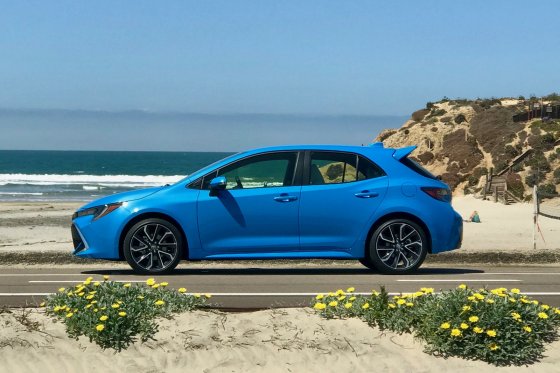 The first thing you’ll likely notice in these photos is that striking color, which is called Blue Flame. Sure it reminds us (and everyone) of the Ford Focus RS, but we guarantee this vehicle will be priced lower, and still be sold in the United States a year from now. Toyota had to have known they would draw comparisons by using that color, and when it comes to exterior appearance and styling, the comparisons are favorable.

The 2019 Toyota Corolla Hatchback is a slick looking vehicle, probably the most successful application of Toyota’s updated design language that we’ve seen so far. The exterior design is certainly sporty, with an athletic stance created by an emphasis on width and a low center of gravity.

The front grille is much more appealing than the outgoing model, and while far from minimal, the numerous design elements really work well together. Notably, all exterior lighting (Head, Tail, DRL, Fog, Turn) is LED, which is something we don’t always see on even higher priced vehicles. Wheels are either 16-in on the SE, or 18-in. on the XSE model as pictured. Of particular interest is the resin hatch, which removes significant weight for fuel economy, but also offers Toyota designers an opportunity to create a more dynamic shape. And if you like spoilers, they offer one you can add to the roof (for downforce and added style) which is shown in our images above. 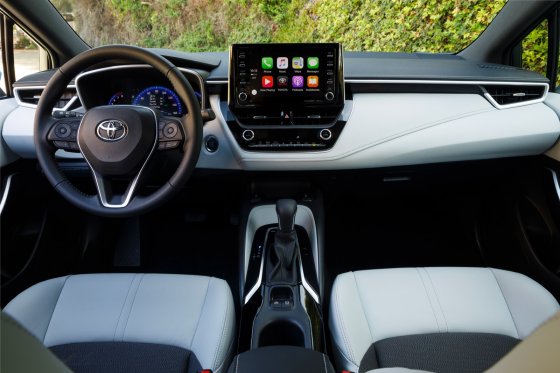 Toyota designers described the interior design philosophy as “Sensuous Minimalism” and we definitely felt it. The dash design is refreshingly minimalist, while still providing just enough buttons and dials to keep us tactically satisfied. We were pleased to see that the 8″ touchscreen is standard, as is Apple CarPlay which finally finds its way into Toyota vehicles. Unfortunately Android Auto is still not available, but overall the included technology with Entune 3.0 is fairly impressive. Optional on the XSE CVT model is Entune Audio Premium, which includes a booming 8-speaker 800 watt JBL system with Clari-fi and Dynamic Navigation.

The two-tone combination leather interior depicted in these press-kit photos really caught our attention, and overall we thought the interior was very well done. The cabin felt open and spacious, and the seating was comfortable. In the XSE trim that we test-drove, the driver’s seat is 8-way power adjustable, and both front seats are heated. The rear seat is a 60/40 split and the seats fold-down to give you the accessible expandable storage that you expect in a hatch-back. 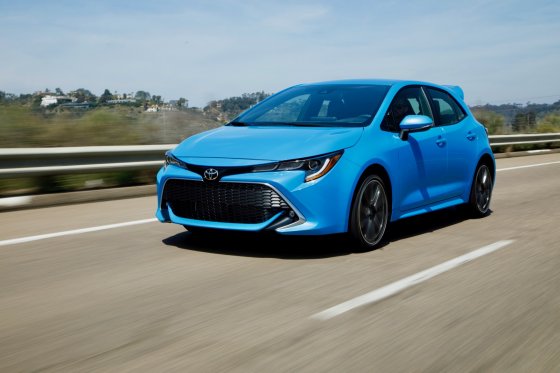 The 2018 Toyota Corolla Hatchback is only offered with one engine, but it’s a good one. The new TNGA Dynamic Force 2.0L 4-cylinder produces 168 horsepower and 151 lb.-ft of torque. Power is more than adequate for most low-end hatchback buyers, and this vehicle isn’t meant to compete with a Focus RS or Civic Type R. It’s an entry-level car with entry-level specs, but is still plenty fun to drive. The new Dynamic-Shift CVT is an improvement over the iM’s CVT, which was already quite good. Toyota is now utilizing a physical 1st gear to give you a direct and highly efficient start, and then switches to the belt to simulate 10 speeds which are selectable with paddle shifters. 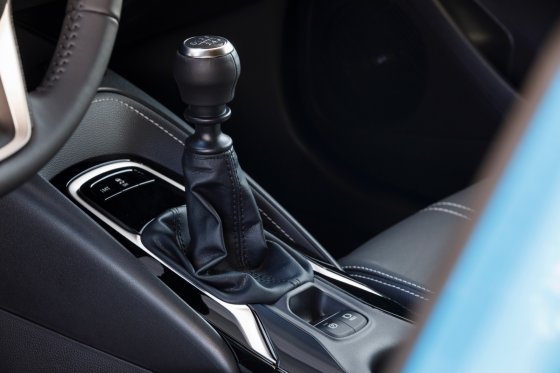 That six-speed shifter pictured above is what had the enthusiasts excited when the Corolla Hatchback was unveiled at the New York Auto Show. However this manual really seems to be aimed at the new and novice driver, rather than the enthusiast. The press of a button enables the EG60 Intelligent Manual Transmission (iMT), which uses rev-matching to smooth out shifts and make it nearly impossible to stall. Either way, it’ll only account for a small percentage of sales, but if you absolutely must have a manual transmission in your hatchback, Toyota has you covered. 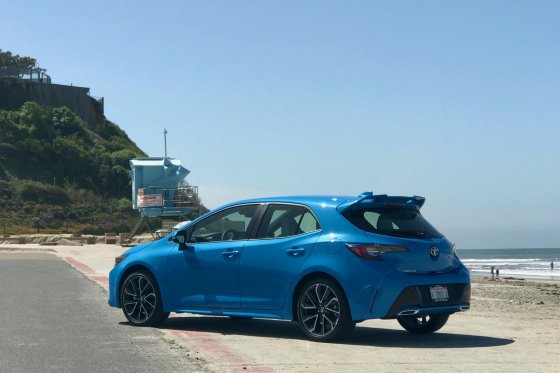 The 2019 Toyota Corolla Hatchback is an entry-level vehicle that is loaded with style and technology. We also didn’t even mention Toyota Safety Sense 2.0 which comes standard, providing some of the latest active safety technologies. Pricing and fuel economy numbers aren’t in yet, as the Corolla Hatch won’t hit dealerships until this summer, but we expect those to be just as compelling as the rest of the package. It’s a fun little vehicle that hits its target marker perfectly, and shows that Toyota shouldn’t need a Scion badge to appeal to a younger demographic. It also leaves us wondering if a more performance oriented variant will be joining the line-up in a future model year.