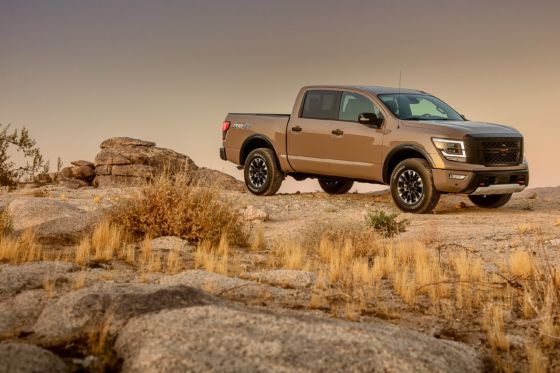 Nissan has done a lot for the mid-cycle refresh of the Titan pickup truck. The 2020 model year brings a lot of welcome changes for the truck, including a better drivetrain, more standard safety features, and some cabin changes for easier usage. There are some downsides to the 2020 Nissan Titan, but it’s now a much more competitive truck than it was before. The segment-leading warranty doesn’t hurt either. 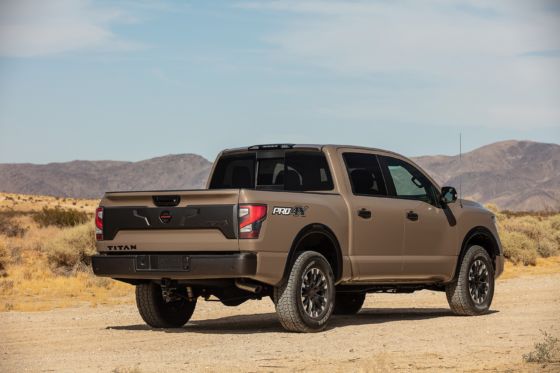 Most of the Titan’s strengths are in its style and general usefulness. The 2020 Titan doesn’t have any “best in class” claims to make, but that means it is simpler to understand as well. To get the maximum tow rating or hauling capability out of the truck, you need only know what cab style you have. And there are only two of those. The rest of the packaging doesn’t change the tow and haul ratings–a unique thing in full-sized pickups. The Titan has two cab sizes, one engine, one transmission, and five trim levels to choose from. No muss, no fuss, no complicated decisions to make. 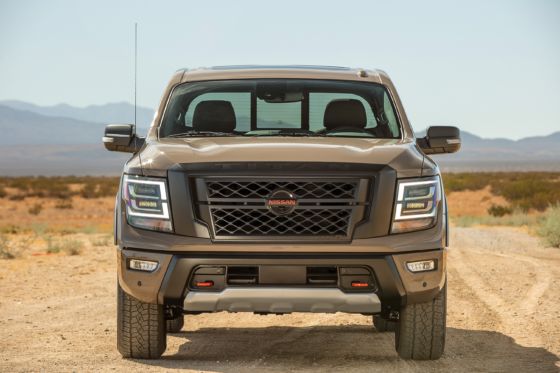 Of the trim packages available, our favorite is the PRO-4X. There are merits to each of the others, but the Titan PRO-4X adds off-road muscle to the truck’s looks and boosts capability without adding a lot of cost.

The 2020 Nissan Titan PRO-4X makes the exterior changes to this year’s Titan easy to identify. The front grille is thicker, but not as large, giving a more powerful look overall. Lighting matches that with the Titan’s now-signature G-shaped headlamps and markers. The lower intake and bumper guard are simplified and de-emphasized on the PRO-4X (versus the chromed or body-colored options on other models) to accentuate the front skid plate and tow pins.

Bodywork on the new 2020 Titan remains largely unchanged from the 2016-2019 models of this generation. The tailgate gets a lot of change, though, especially in lighting and emblems. The new Titan PRO-4X has an embossed cover plate that runs its length, adding a two-tone look to the color scheme. This matches the PRO-4X logos along the rear of the bed, the badges on the front doors, the lower covers on the side mirrors, and the Nissan emblem on the front grille. This ties together the whole package for a great look.

On the inside, Nissan has improved the interior of the 2020 Titan with a few changes in switchgear (namely the volume and tuner knobs) and some upgrades to storage. The latter point really gets noticed on the daily, as the 2020 Nissan Titan becomes much more useful with places for all kinds of gadgets and gear throughout.

The Crew Cab option has below-seat storage and the seats drop down for a flat cargo area when needed. An 8-inch touchscreen is now standard in the Titan and the upgrade is to a 9-inch that seems just about right for the truck. We’d like it if Nissan would upgrade the rearview and surround-view cameras to match the higher resolution output of the new screen, though. We do like the newly-improved center storage bin. It takes some getting used to, but it’s really useful and configurable for all kinds of storage options.

Utility with the 2020 Nissan Titan 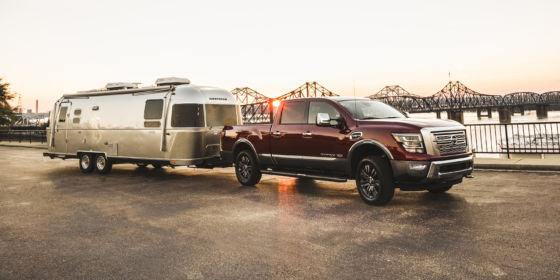 Beyond storage, the 2020 Nissan Titan PRO-4X has two general uses as a pickup truck: hauling stuff and going off-road. On the hauling stuff front, the Titan still tows like it has in previous years for this generation: well. It gets the job done and doesn’t add a lot of bells and whistles to complicate it. Tow Mode on the gear shifter adds sway control and turns off the rear parking sensors so the trailer doesn’t set them off. Nissan’s cool trailer light check buttons are still available on the keyfob for easy hookups and the side mirrors on the Titan are large enough to see around most average-sized trailers. The best upgrade, though, is in the way the new transmission helps make towing more comfortable. More on that later. 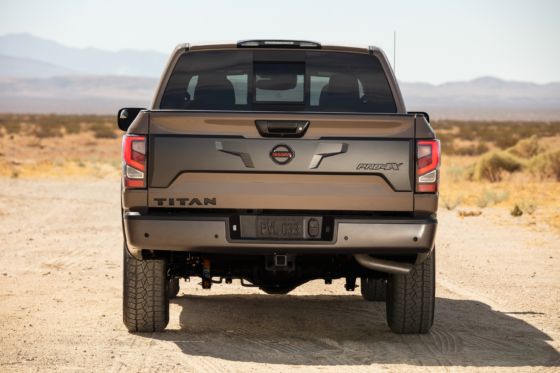 In hauling stuff, the Titan PRO-4X is still a great truck. The off-road gear does not change the capability, though it does change ride quality a bit. When under load, the PRO-4X model will trend towards a lower dip under weight, but only slightly so and not enough that it’s of concern. Payload capacity in the 2020 Nissan Titan is 1,680 pounds for the King Cab and 1,630 pounds for the Crew. We hauled about half that weight in lumber in our PRO-4X model and it was clear that the truck could easily handle much more. 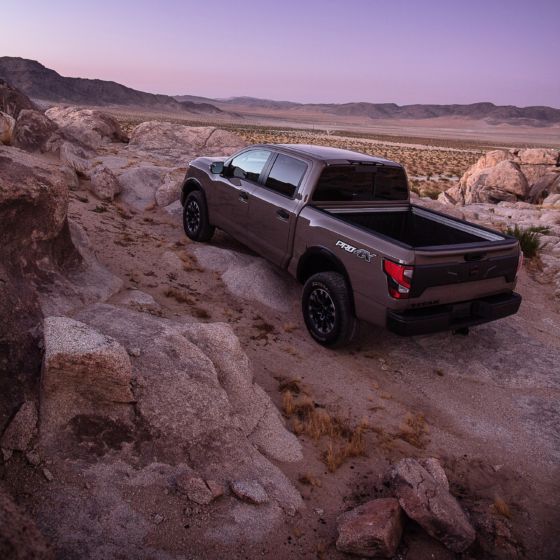 Off the road, the PRO-4X model adds beefier tires, Bilstein shock absorbers, and more protective skid plates to the truck. These plus the respectable four-wheel drive system in the Titan make for good off-pavement capability. The Titan isn’t a Jeep Wrangler or Ford Raptor, but it’s plenty capable regardless. We had no complaints about where it would go and what it could do. 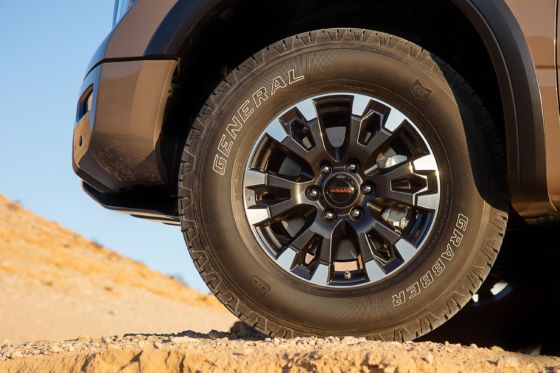 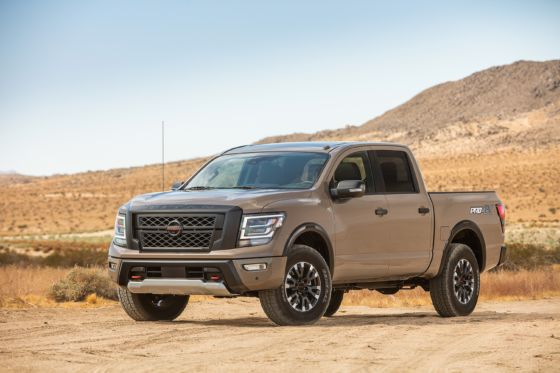 Nissan made big changes to the powertrain for the 2020 Titan, starting with a slight power boost for the big 5.6-liter V8. The engine now outputs 400 horsepower and 413 pound-feet of torque. The uptick in power mostly comes from the change in transmission, which goes from the seven-speed automatic in the 2019 model to a new nine-speed automatic for 2020. Those two gears make a big difference in the Titan’s capabilities.

Where the Titan was capable and honest about its workload before, it’s now far more confident about it. In everyday driving, the Titan has more get-up and faster responses to calls for power as well as a smoother ride quality and less cabin noise thanks to the transmission having more gears and thus easier access to more RPM range. In fact, we’d label the new transmission as the single biggest improvement to the Titan for 2020. 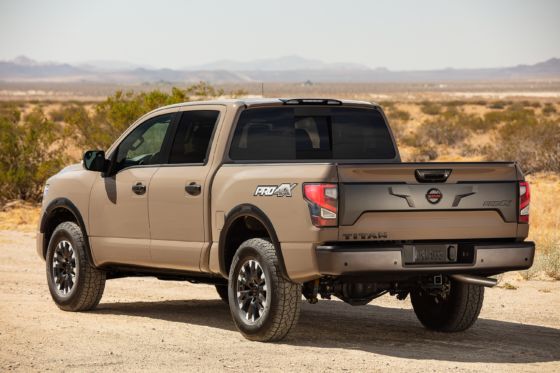 The 2020 Nissan Titan has seen a lot of changes in this mid-cycle refresh. Much needed changes, we’ll note, as it was well behind the competition in both sales and capability before. We like the simplicity of this truck and how it fits well with most buyers who aren’t looking for bragging rights on things they’ll never actually use or complicated configurator tools on the manufacturer’s website. The Titan is simple, straightforward, and easy to understand and use. It’s a no-fuss truck that gets the job done. In its PRO-4X package, which we definitely recommend, it offers a good mix of technology, capability, and looks upgrades to make it unique and desirable.

In short, the 2020 Nissan Titan PRO-4X is a great truck that doesn’t mess around. 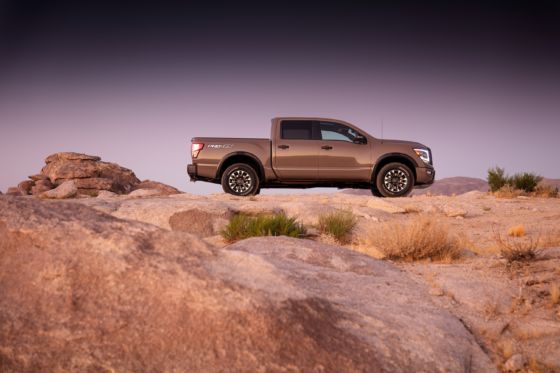