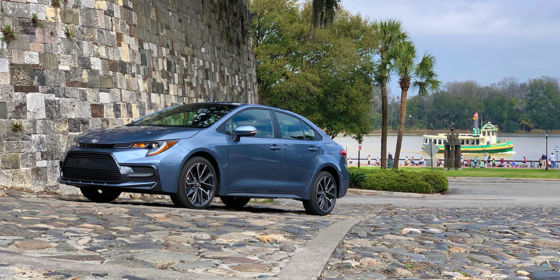 The Corolla was originally introduced in 1966, and Toyota has sold a staggering 46 million of them globally in the years since, making it the best-selling nameplate in the world. The 2020 Toyota Corolla is available in dealerships now, and last month we were invited to Savannah, Georgia to be among the first to drive the all-new 12th generation model. With a starting MSRP of $19,500, Corolla is known for being the first new-car choice of many young buyers. When you combine its legendary dependability with Toyota Safety Sense 2.0 (Standard), there is no doubt that Corolla will continue to fit that role. However there is much more to like about the re-imagined Toyota Corolla. 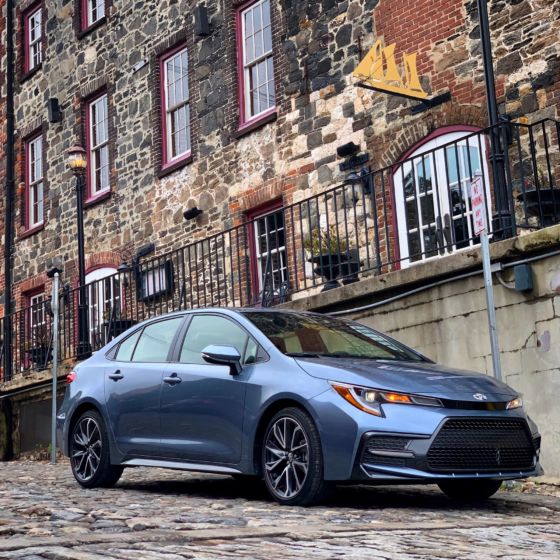 The new Corolla is built on the Toyota New Global Architecture (TNGA), the importance of which cannot be overstated. The new platform enables a lower center of gravity and increased body rigidity which combine to produce a more agile and responsive driving experience that is also smoother and quieter. It also allows for a new engine that produces more power and better fuel efficiency. How does 31/38/34 MPG in the XSE trim sound? If you like that, you’re going to be floored by the 53/52/52 MPG that is possible with the Hybrid model. 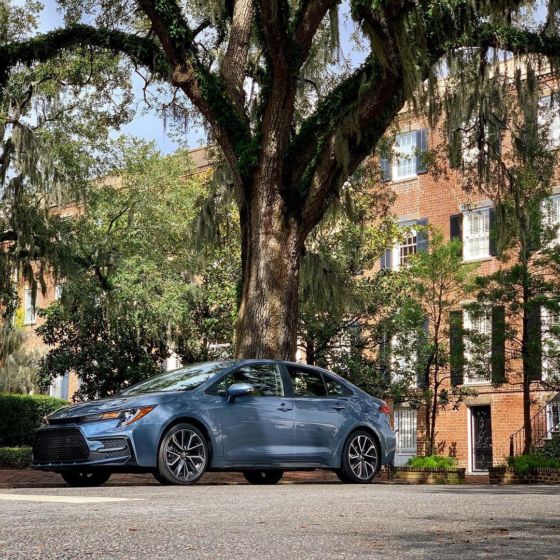 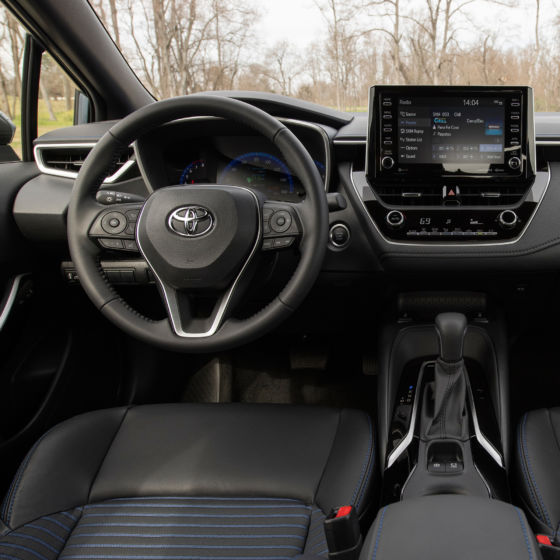 Just like that Hatchback model, Toyota describes their interior philosophy on the Corolla Sedan as “Sensuous Minimalism” – which is a term we still dig, and explains why this interior seemed so familiar to us. The star of the show is the 8″ multimedia touchscreen which enables both Apple CarPlay and Amazon Alexa. Android Auto is still not available on the Corolla, however Toyota has announced that is coming to their future models soon. Premium Audio is always a feature that we appreciate, and JBL makes its return to the Corolla for the first time in 10 years with an available nine speaker, 800-watt system. 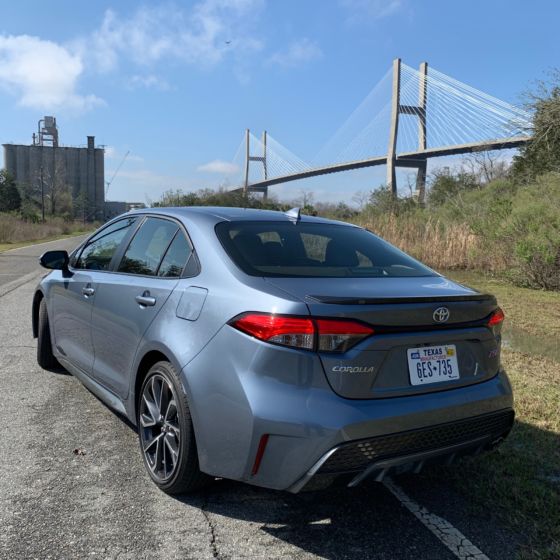 The XSE that we focused on features a 2.0-liter Dynamic Force 4-Cylinder engine that produces 169 horsepower and 151 lb. ft of torque. The front wheel drive Corolla utilizes a Dynamic-Shift CVT with a physical first launch gear to deliver surprising responsiveness off the line. The new engine in the XSE is noticeably more powerful than the previous generation, but still not much to get us excited about. Corolla is offered with a manual transmission if that’s your bag, but you’ll be limited to the SE trim if you’d like the six-speed Intelligent Manual Transmission with rev-matching and hill-hold features. The previously mentioned Hybrid combines a 1.8-liter 4-Cylinder engine with an electric motor for a total of 121 horsepower and 105 lb-ft. of torque. 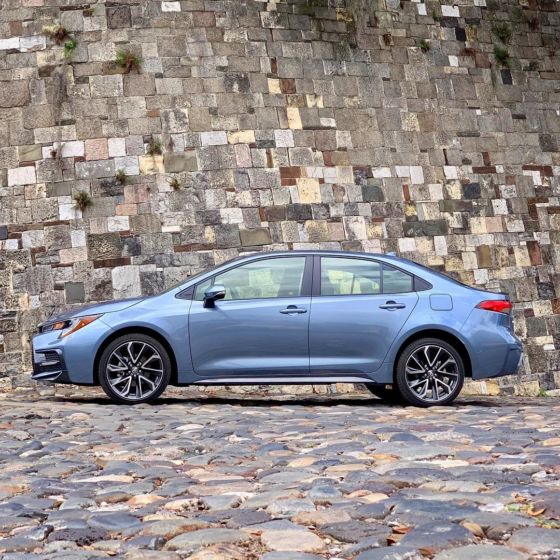 One of the main selling points of the Corolla is clearly the inclusion of Toyota Safety Sense 2.0 standard across all trims. The tradition of giving your high-school and college aged children the used family car to drive should probably be rethought, when you consider the safety features that Toyota packs into its new vehicles. TSS 2.0 includes Pre-Collision System, Dynamic Radar Cruise Control, Lane Departure Alert with Steer Assist, Lane Tracing Assist, Automatic High Beams, Road Sign Assist, Blind Spot Monitor, and Brake Hold. Do we really want teenagers driving around used cars without these features, when they’re available standard on new entry-level vehicles? 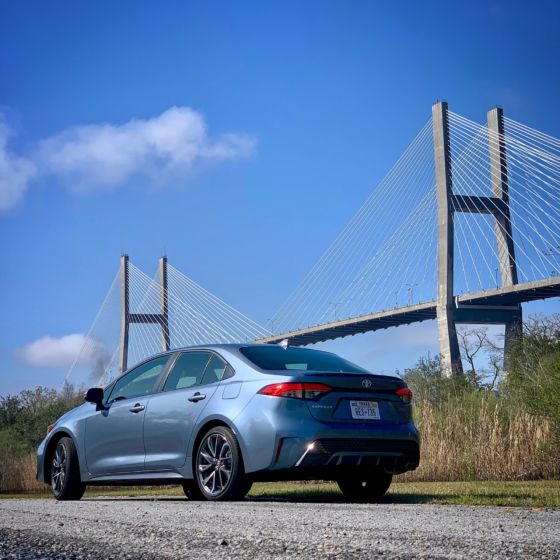 Toyota informed us that this was the best Corolla they’ve ever made, and who are we to argue with them? Of course it’s better than the outgoing model, in every measurable way, but we’d expect no less from Toyota with such an important model. There is much to like about the new version, unfortunately it’s still a Corolla Sedan, which we find to be the least exciting vehicle in the entire Toyota lineup. While we would never buy one, plenty of people are looking for safe, affordable, reliable transportation, and the Toyota Corolla will continue to be a worthy leading choice for many in the market for their first new car.