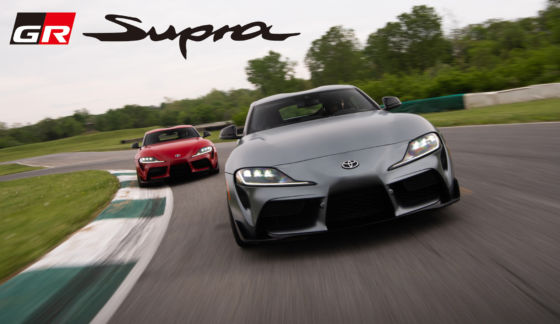 The Supra is finally back, after many years of anticipation. Over 20 years ago, Toyota produced the last A80 / MkIV Supra for the United States market, with the fourth generation car only generating about 2000 sales per year during its six years of production. However when The Fast and the Furious hit movie screens in 2001, the Toyota Supra was elevated in popularity with a new cult following. Enthusiast tuners snatched up old Supras and modified them to no end, while automotive writers published years worth of “New Supra” rumors and speculation on the Internet.

After numerous teases and leaks, the fifth generation of the Supra finally made its official debut at the 2019 North American International Auto Show as a 2020 model. Four months later we were among the first to drive the highly anticipated 2020 Toyota Supra at Summit Point Motorsports Park in West Virginia. Weather conditions weren’t ideal for driving or photographing, so we concentrated on the former and have utilized Toyota’s media kit for the latter, with the exception of the two images below to prove we were there. 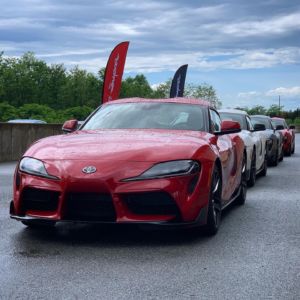 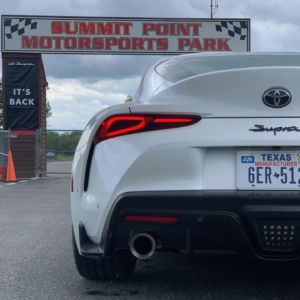 The new Toyota Supra will arrive in showrooms for sale in June with pricing starting at $49,990, however a limited launch edition is also available at $55,250. We drove the Supra for about an hour on the rural roads of Virginia and West Virginia, and for 10 laps around the technical Shenandoah Circuit at Summit Point and will share our thoughts with you below. 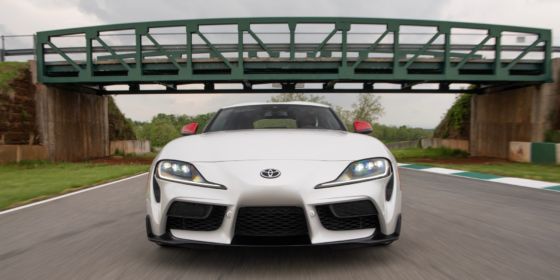 There has been not shortage of folks on the internet complaining that this new Supra is just a BMW with a Toyota badge on the front. While that is partially true (as BMW and Toyota teamed up on the project to produce the new Z4 and Supra), we’re not really sure why that matters so much to people who probably weren’t going to buy this car anyways. Haters gonna hate. Many folks smarter than us have pointed out that this new Supra wouldn’t even exist without that partnership, and certainly not at this price point. It’s the sexy badge below that really matters, and it’s back. 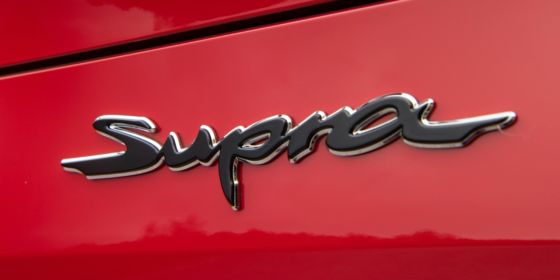 This is the new Supra, and if you’ve been waiting years for it to arrive and have aspired to buy one when it hit the market, don’t let internet commentary (mostly from people who haven’t even driven it) ruin your impression of the vehicle. If you’re dead set on having the latest and greatest in-house developed Toyota sports car, then you should probably be looking at the Lexus LC, at a price point of nearly double this Supra. But if your heart is set on a Supra, this is indeed the A90, and it follows in the footsteps of the storied A80, A70, A60, and A40 that came before it. This fifth-generation Supra is also the first global Toyota GAZOO Racing (GR) model, which probably deserves a bit of an explanation. 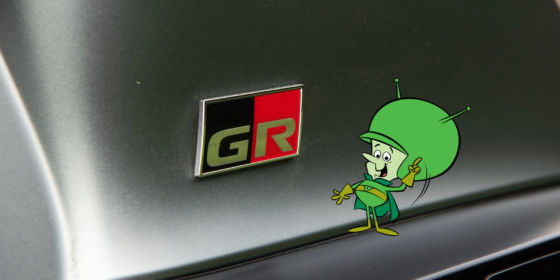 Technically the name of this vehicle is the 2020 Toyota GR Supra, however with that GR being new to the United States, it seems to be missing from much of the coverage we’ve seen online. When we asked what it meant, we were basically told that GR (GAZOO Racing) is the Japanese equivalent of TRD (Toyota Racing Development), and that going forward, you’ll see GR on products that are developed in Japan, and TRD on products that are developed in the United States. The Flintstones were created in the sixties, but immediately upon hearing GAZOO, we thought of the Great Gazoo, who apparently has nothing to do with the naming of the GAZOO Racing. The real story is interesting, albeit a bit confusing, and thus is perfectly Japanese. 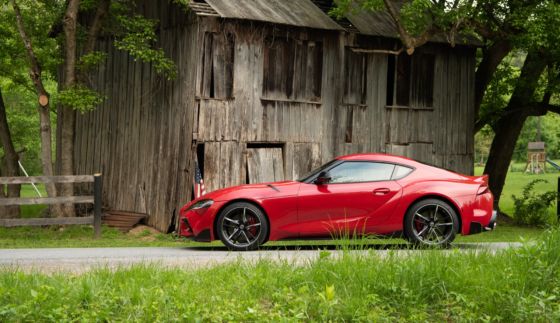 The styling of the new Supra is consistent with other recent Toyota and Lexus models in one key way, it’s polarizing (no more boring cars!). It has very much a love it or hate it dynamic to it, and we’re in the love it camp. While there are certainly some odd angles and curves, we just find it to be a good looking car, especially in person. In fact, we’ll go as far as to say that there has never been a more attractive Toyota car. Ever. While it maintains some important proportions and characteristics of the MkIV Supra, designers didn’t find themselves constricted by the past, and instead attempted to mimic the styling of the popular FT-1 Concept. 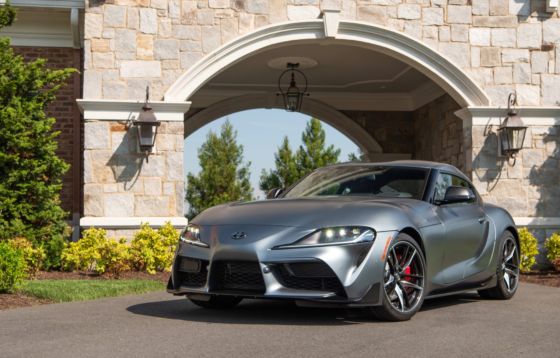 The proportions clearly match the BMW Z4, but we find the Supra to be very distinctive from its brother, with some small exceptions (like the mirrors). Toyota refers to the design internally as “Condensed Extreme”, as they condensed the FT-1 concept and focused on core Supra attributes:

Toyota sports car heritage is evident throughout. The double-bubble roof design, for example, recalls the Toyota 2000 GT and it reduces drag by shaving the roof center to reduce the projected frontal area without sacrificing occupant headroom. The front fascia was inspired by the fourth-generation Supra, yet is even more expressive, with a prominent central grille section flanked by large air intakes. In the rear, the prominent, arching rear integrated spoiler, which helps to suppress aerodynamic lift, pays homage to the tall rear wing that was available on the fourth-gen Supra Turbo. 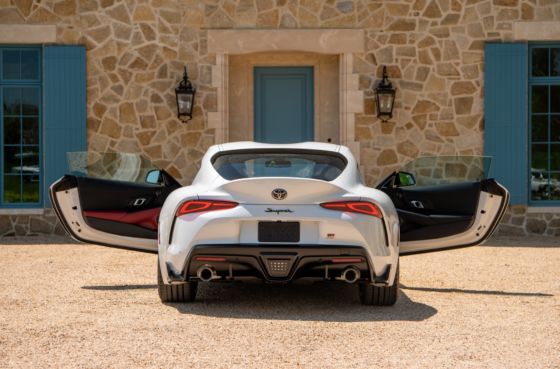 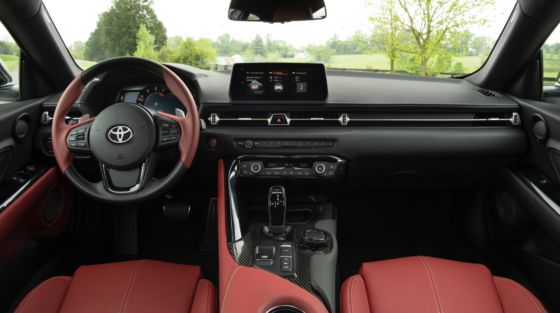 Comfort on the track was difficult to gauge as we quickly jumped in vehicles while wearing helmets and were off with the waving of a flag. We did however notice the adjustable seat bolstering seemed to be shifting behind us in the corners. We didn’t find this to be a problem during regular road driving, so it’s possible that it was an issue with the pre-production prototype we were driving on track. Either way, the Supra is a small car that feels small if you’re accustomed to driving larger trucks and SUVs. It is certainly drivable for larger individuals, but it isn’t the type of vehicle we’d be comfortable driving on road trips or long daily commutes. Visibility out the rear is limited to essentially what you see in the mirrors and camera views, and absolutely nothing is gained by turning around to check your blind spots, because those spots are indeed blind. 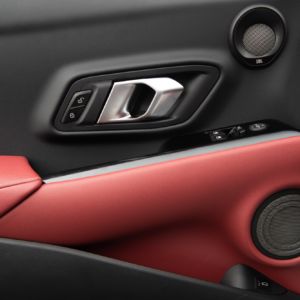 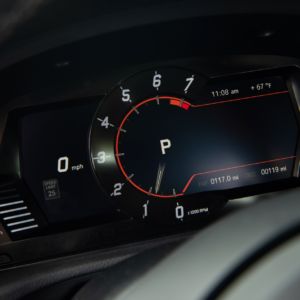 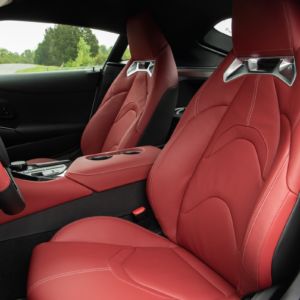 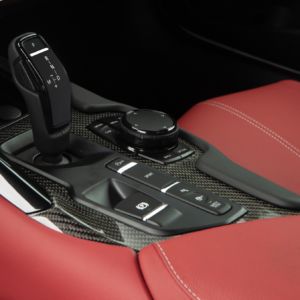 The first 1,500 production Supras for the U.S. market will be uniquely numbered Launch Edition models, which will be available in Absolute Zero White, Nocturnal Black, or Renaissance Red 2.0. Each will feature contrasting red mirror caps and 19-inch forged matte black alloy wheels. The black and white models will include red leather interiors, while the red model will feature a black interior. Real carbon fiber accents will also be added to the launch editions, including an individually numbered carbon-fiber badge on the passenger-side dashboard complete with the signature of Toyota’s President, Akio Toyoda. 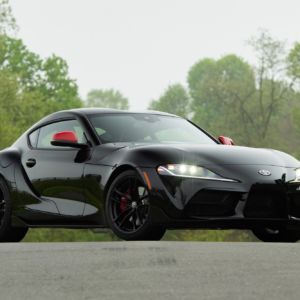 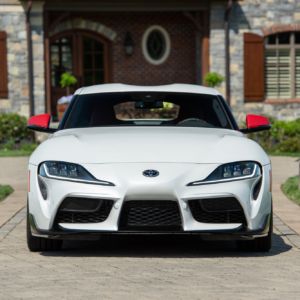 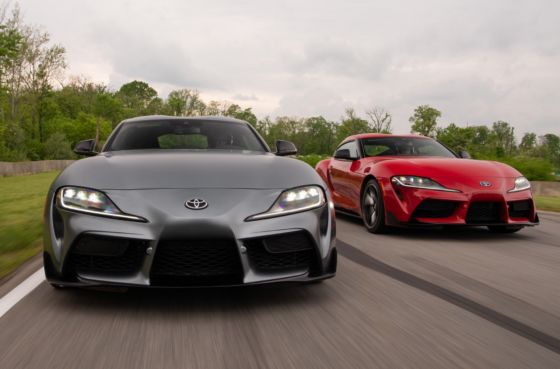 In retrospect, we got to do something that most Toyota Supra shoppers probably won’t get a chance to do. We drove it in its natural habitat, the track, and it was glorious. The Shenandoah Circuit at Summit Point contains 22 turns over 2.2 miles, and is described thusly :

The Shenandoah Circuit is a no holds barred technical challenge that will take years for drivers to master. The corners contain both positive and negative camber as well as increasing and decreasing radius turns with vertical drops. If you are truly up for a challenge to your car handling abilities, the Shenandoah Circuit is truly one of the most technical tracks in the country.

Now that might be some track marketing fluff, but it felt rather technical when we were trying to get acquainted with the track, and the Toyota GR Supra ate up every bit of it with ease. The track was wet for half of our laps, but here is what it looked like behind the wheel from the good folks at RoadShow:

In the video above, you’re looking at the performance of a 3.0 Liter inline 6-cylinder with twin-scroll turbocharger DOHC 24-valve with variable valve timing. Toyota’s documentation tells us that this little RWD spitfire produces 335 horsepower and 365 lb-ft of torque and is capable of 0-60 mph acceleration of 4.1 seconds. The diligent folks at Car and Driver like to verify such things, and they were able to lay down a 3.8 second 0-60 mph time with the 2020 Toyota GR Supra. Under dyno testing, they also discovered that, “the Supra puts down 339 horsepower and 427 lb-ft of torque at the wheels. That’s slightly better than the 335 horses Toyota said the car would produce at the crank and a considerable jump from the 365 lb-ft the company promised.”

Top speed is electronically limited to 155 mph, which was clearly not an issue for us on a highly technical circuit, as the Supra gave us everything we could handle and more as we zipped around the track. There are two driving modes, Normal and Sport, with Sport mode noticeably sharpening the throttle response. It also adjusts the Adaptive Variable Suspension, increases steering weight, improves the 8-Speed automatic transmission shift crispness, provides more aggressive active differential tuning and amplifies the exhaust sound. There is even a Launch Control mode available that Vin Diesel would appreciate. 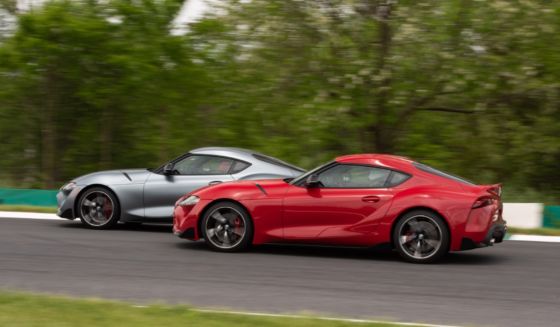 The 2020 Toyota GR Supra was designed to go right after the Porsche Cayman in terms of performance, so the high structural rigidity, low center of gravity and 50:50 weight distribution were absolutely critical to that goal. It makes you feel like a hero with its eagerness to swing the ass out with control, and all Supra buyers would be well served to take advantage of the included one day of high-performance driving instruction through the National Auto Sport Association.

The new Supra is equipped with Michelin Pilot Super Sport tires and large Brembo brakes. We understand that both were replaced daily on the track vehicles during the press launch week, not out of necessity, but to provide consistency to the media. Master Driver Herwig Daenens made sure that Toyota got their moneys worth out of those brakes and tires though. 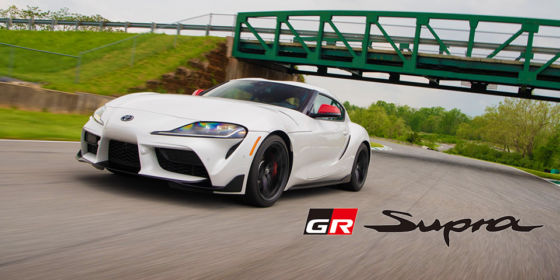 The new 2020 Toyota GR Supra is better than the famous fourth generation MkIV Supra in every measurable way. There is no doubt about it, this is a really good car, probably the best that Toyota has ever made. Does it really matter that it’s riding on a BMW platform with a bunch of BMW parts and is assembled in an Austrian plant? To us, it really doesn’t, but we also don’t really care that it doesn’t come with a manual transmission. The real question is if Supra enthusiasts can get over those facts and appreciate this vehicle for what it is. If they can, they’ll find that they’re getting a pretty good deal with a vehicle that is priced below its competitors and punches above its published performance specs. In the end, isn’t that really what they fell in love with when Paul Walker dusted a Ferrari on the PCH?