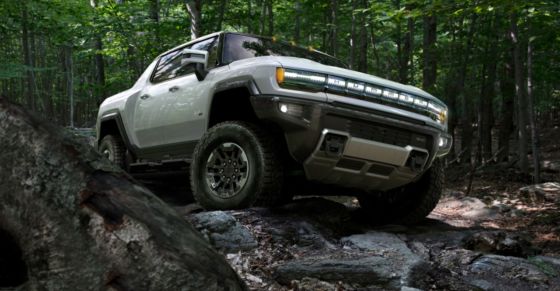 The often teased return of Hummer is finally here, with GMC revealing the beastly 2022 Hummer EV this evening. Beast is no exaggeration either, this vehicle is totally bad-ass. The design features plenty of nods to the old Hummer brand, but this new Hummer also draws inspiration from the moon. Maybe they hope this next-generation Hummer will one day serve as the official vehicle of Space Force? While the design is enough to catch your attention, the specs will truly open your eyes and make you take notice.

The HUMMER EV will get its energy from General Motors’ all-new Ultium batteries and power from Ultium Drive, GM’s proprietary EV drive units. A GM-estimated best-in-class 1,000 horsepower and GM-estimated 11,500 lb-ft of torque are generated by three separate motors within two Ultium drive units to give HUMMER EV’s e4WD remarkable on- and off-road capabilities. 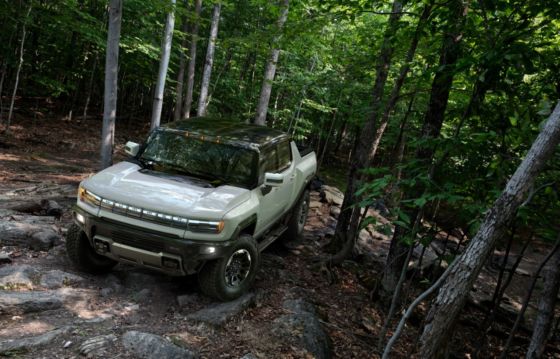 They expect it to have a range of 350 miles, but we assume your mileage will vary based on how you drive this tank. We’re not too concerned with range though, because we’re hoping to drive it mostly off-road.

We had one goal for HUMMER EV: Build the most capable factory truck – ever,” said Al Oppenheiser, GMC HUMMER EV chief engineer. “It’s an absolute off-road beast with a unique e4WD drive system that provides maneuverability unlike anything GM has ever offered before.” 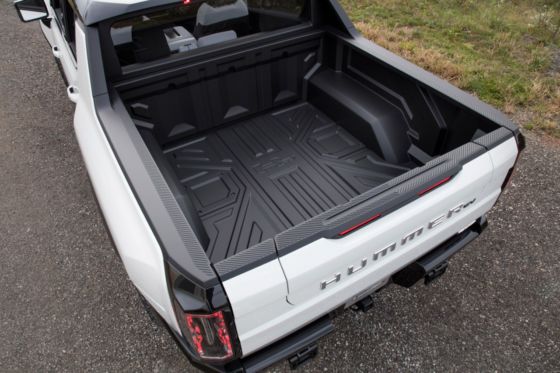 Did we mention that it’s a truck? Unlike the H2 and H3 which were primarily SUVs (but offered H2T and H3T variants), the Hummer EV defaults to a truck with a functional bed. It’s not just any truck though, it truly is a Super Truck which should go head to head with the likes of the Tesla Cyber Truck and Rivian R1T. 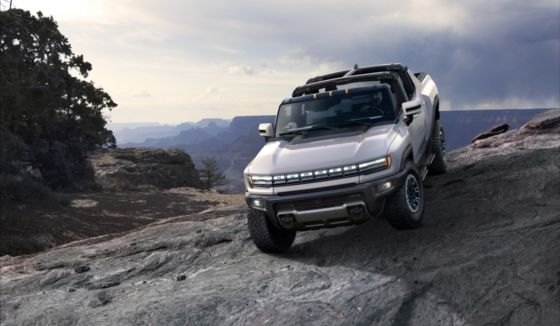 Here at Gunaxin and Trail Trek Tour, we’re big fans of Hummer, and have been driving an orange 2008 Hummer H3 since 2010. It’s my daily driver, and it doesn’t just get groceries and drive highway miles either, it’s riding on 35″ BFGoodrich KM3 M/T tires that are often used to tackle trails along the east coast. 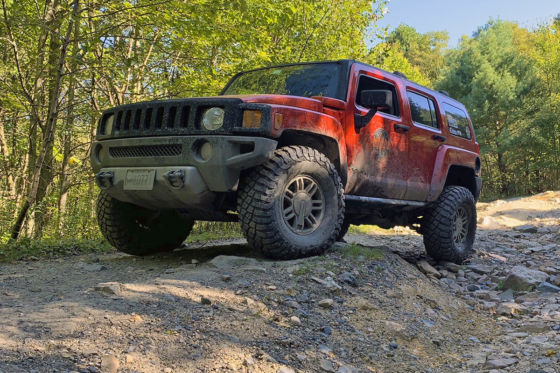 That said, we’re fans of the H3 and of course the H1, but we’re not too high on the often-maligned H2. So we’re not completely sure how we feel about this next chapter in the brand just yet. Clearly this is an amazing vehicle, and we would love to own one. Hell, we’d jump at the opportunity to get one dirty just once. But we can’t help but think that at first glance this appears to be the modern version of the H2, and that a modern version of an H3 would be something more similar to the new Bronco.

It’s undeniable that the Hummer badge brings along some baggage with it, mostly due to the H2. It became a symbol in this country of excess and gas guzzling. In movies and television, take note at which characters are depicted driving an H2, it’s a thing. Our own H3 has been keyed on three separate occasions over the past decade, we assume because of the negative feelings that are still associated with the Hummer brand, and hopefully not due to our own driving. So it’s interesting to see GM bring back the brand, and to do so with an electric vehicle. However this obviously isn’t a Chevy Bolt we’re looking at here. Make no mistake, this is a high-end performance vehicle, and the target market is probably not too far off from the same people that the Hummer H2 targeted back in 2002. 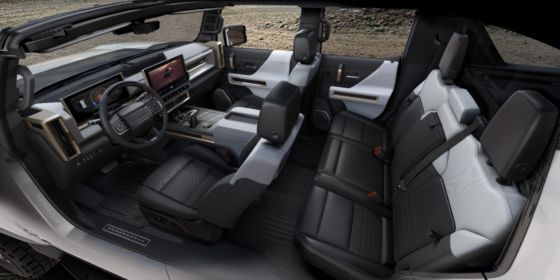 Anything with off-road capability is high on our list, and it’s obviously been a popular segment recently. Over the past year, we’ve seen a bunch of electric off-roaders unveiled, and we can’t wait to see how they compare on the trails. It’s an exciting time to be alive with the electric super truck market really heating up. We’re definitely looking forward to leaning more about the Hummer EV, especially with some hands-on trail driving time. “The Quiet Revolution Starts Now.” 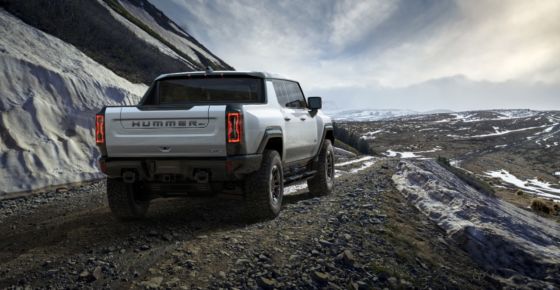 Want your new Hummer EV to be extra special? Check out the $112,595 special Edition 1 package in the gallery below.

Prepare to be impressed, when you watch the product reveal below :