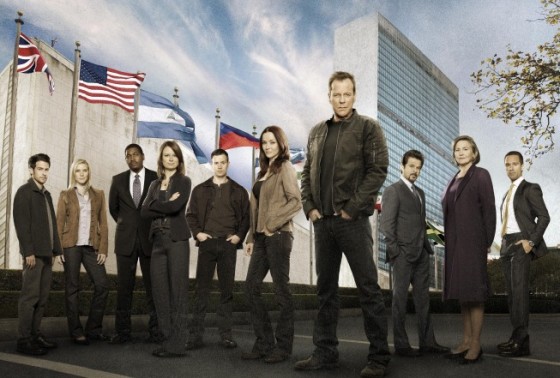 The following takes place between numbers 1 through 24. This list occurs in real time, because you’re reading it right now, obviously. Schmuck.

This Sunday brings about the return of one of our favorite action packed and unbelievably farfetched shows, “24.” The show, if you’re somehow unfamiliar, takes place over the course of one full day and typically deals with super hero agent Jack Bauer as he deals with incompetent tools and singlehandedly saves the day.

Below are our 24 reasons to be glad that “24” is back. All titles will have exclamation points, because Jack only speaks in yells.

With Jack’s not-so-by the books approach to getting shit done, it helps us remember a simpler time when it wasn’t so frowned upon to torture a dude using only a lamp in order to extract information. 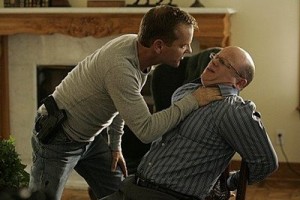 No, we’re not talking about the fleshy pouch holding Jack’s balls. We’re talking, of course, about the infamous Jack Sack, his trusty messenger bag that’s hoisted over his shoulder at all times, and which, since Jack is basically a video game character, probably holds about 12 guns, a shitload of ammo and several tasty snacks, probably granola bars and apples. 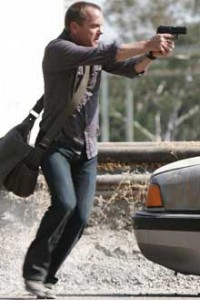 "It's called a satchel!"

3
Katee Sackhoff Has Joined the Cast!

We have no idea who she’s playing, but we’ll let this picture speak for itself: 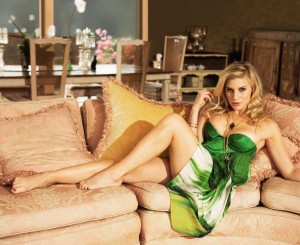 4
We Love a Midget Hero!

Who doesn’t love watching little Kiefer Sutherland, generously listed on his IMDb page at 5’9” but probably coming in closer to 5’6”, run around intimidating fools and kicking unholy amounts of ass, all without the aid of booster seats, step stools or platform shoes?

Which means that finally, finally, Jack will be able to end one of his torturous days with a stiff drink at Happy Hour. God knows he deserves one. 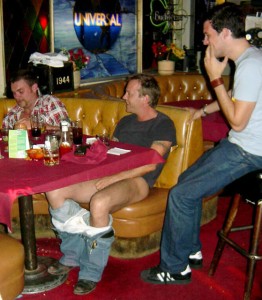 Okay, maybe that isn't such a great idea...

6
This Season is Set in NYC!

So far we’ve only seen Jack raining terror and destruction down on LA and DC, but this season he finally makes his way to the Big Apple. Considering Jack always makes record time driving around those other cities, we’re going to be laughing our asses off when Jack somehow gets from Brooklyn to the Upper West Side in 10 minutes flat. And you know he will.

7
Jurgen Prochnow Has Joined the Cast!

If you’re not excited by Jurgen Prochnow then shame on you. Sure, he’s only set to appear in four episodes, but the man who starred in Das Boot and made drinking life hell for the Americans in Beerfest deserves your damn respect. Of course, he’ll probably just be another Bauer casualty, but we’re over it. For God’s sake, the man looks like Arnold Schwarzenegger! 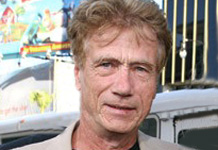 Well, he kinda does, anyway.

Have you ever tried going an entire day without pinching one off or eating at least a Pop Tart? Yeah, neither have we. But Jack Bauer sure as hell has, and this will be at least the eighth time (that we know of) that he will miraculously go 24 hours straight without eating, sleeping, or taking a nice healthy dump. Hell, the guy never even stops to take a leak. Talk about not breaking the seal… 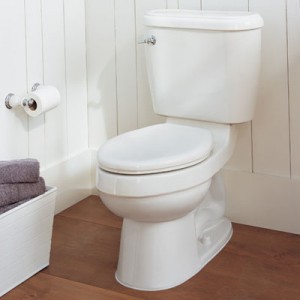 9
Renee Walker is Back!

Renee Walker, who started season seven as a straight laced FBI agent and turned into a hardass female Jack Bauer by breaking rules and shooting fools to help save the day, is back for season eight. And she’s really, really hot. See for yourself: 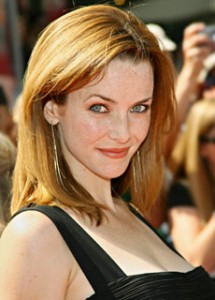 You have the right to remain SEXY!

Say what you want about this show, whether you think it’s gone on too long, it gets redundant, or that it gets more and more ridiculous with each passing season. Seriously, how many presidents can one country run through in such short a span? But the one thing you can’t deny is that no other show on TV piles on the action and tension like “24” and for that, we are thankful to have it back in our lives. We just can’t quit you, Jack.

But the question is, who will they be, and how many will pop up throughout the season? “24” likes its government agents like we like our prostitutes: shady, mysterious and easily turned for the right amount of money. One of the most fun parts of the show is trying to figure out which sleazy looking agent will be working with the bad guys this year. 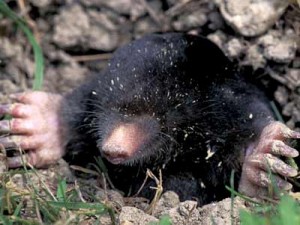 12
Mykelti Williamson Has Joined the Cast!

Now we’re just waiting for the scene where he explains to Jack how many kinds of shrimp he’s missing out on by not eating all day. 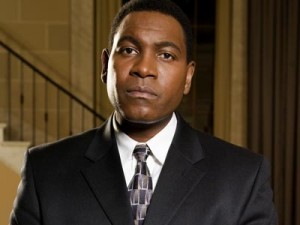 "You know Jack, you're kind of a shrimp too."

13
Jack Gets to Slap Around the Annoying Guy From Slumdog!

Okay, so maybe Jack won’t actually slap him around, but the guy who played the Indian version of Regis Philbin in Slumdog Millionaire is in the cast this season, and we can only hope that the overly happy guy gets at least one gut punch from our favorite sometimes rogue secret agent. Come on, just once, for us, Jack? 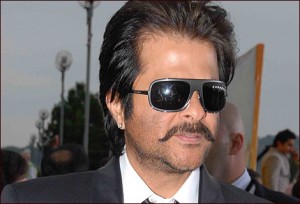 Come on Jack, you know you want to.

14
We Get to Watch a “Fictional” US with an Inept Government!

Because really, government ineptitude is something we can only find on television these days.

Every time Jack screams about how much time is not there to be had, or every time Jack runs into and must overcome the aforementioned government ineptitude, or every time those same inept government types don’t believe Jack or somehow think he’s involved, you take a shot. You’ll be plastered within approximately 12 minutes.

They also love Conan O’Brien, but we don’t think the two people are related, mainly because one is a fictional character. However, while we’re not sure what’s so sexy about Chloe, we must admit that her frankness and ability to pretty much anything with a computer, even though we’re pretty sure half the shit she does is impossible, is kind of hot. Socially awkward is the new sexy. 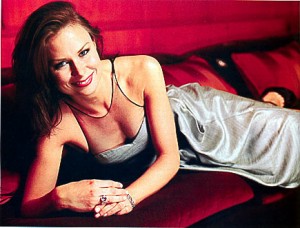 17
We Get to Bet on When the Season will Jump the Shark!

Every season starts out plausible enough. There’s some national crisis, Jack has to be pulled back into duty, yada yada yada. And then things take a turn for the ridiculous, like when a team of terrorists can somehow tunnel up underneath the White House and take out a shitload of armed Secret Service agents like it ain’t no thang. Hilarity always ensues.

Remember how we said that Chloe pulls off some pretty amazing things with a computer? Well that’s nothing compared to the shit that “24” thinks cell phones can, and will, do. We’d like to download some of those magical apps too, please. 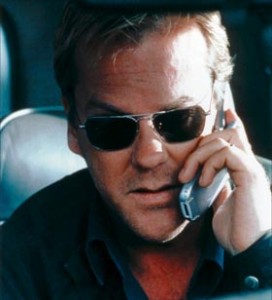 "Chloe, quick, send me the app that let's me defeat the terrorists with my mind!"

This may not seem like a cause for celebration, because by and large, Freddie Prinze sucks. However, that’s not going to stop us from holding onto the slim hope that at some point during this new season Jack Bauer will bitchslap the everloving shit out of Sarah Michelle Gellar’s husband. 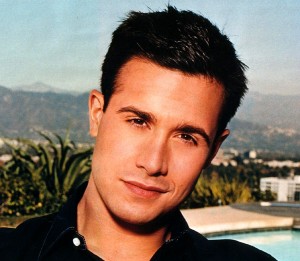 Come on, like that's a face Jack WON'T want to punch?

And it wouldn’t even be a contest, because Jack fights dirty and has no problem dealing out a plethora of nut shots. 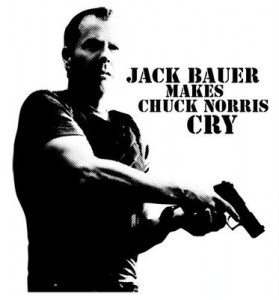 And it's on a t-shirt, so you know it must be true.

21
Jack Will Singlehandedly Save the Day!

Hell, not even when he had badass cronies like Curtis or Tony did Jack ever need a hand in kicking evil’s collective ass. It’s like the old saying goes, if they would just listen to Jack the show would be called “12.”

22
Elisha Cuthbert is Back!

It’s not like she was doing anything else, anyway. Still, let’s bask for a moment:

We'd expect nothing less to spring from Jack Bauer's loins.

23
Jack Could Die for Our Sins and be Resurrected!

Hey, it’s happened before on the show. Like, more than once. We’re not too religious around here, but we’re about 95% sure that Jack Bauer is really Jesus, Buddha and Captain America rolled into one.

Do you really need any other reasons to be stoked for the new season? 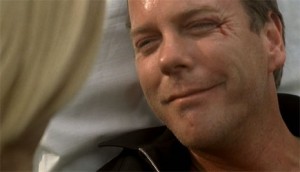 Welcome back, Jack. And, just for good measure: