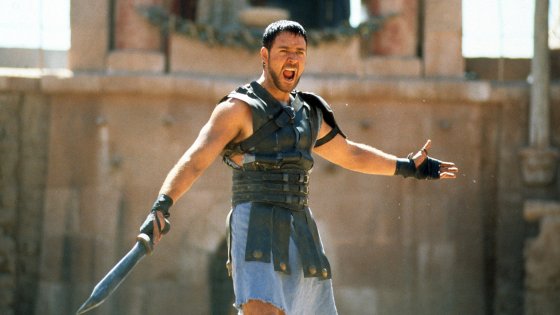 Epic is defined as an adjective which describes something that is heroic or grand in scale or character, or something that is particularly impressive or remarkable. It has been used most recently to describe something that happens that can not be described as simply cool, or awesome. Epic is used to define a moment is so amazing it needs a word that should only be used at the rarest of occasions. In this case, we are using it to describe movie moments.

Have you ever watched a film that was so amazing, you forget that you were sitting at home, or in a movie theater? You were so caught up in the film that you felt as though you were a part of it. Then, just when you thought you had it all figured out, something epic happens that makes you want to get up and scream out in joy at the scene you just witnessed?

That is how an epic movie moment happens. It is a culmination of a script that has been designed to break down your guard and have you trusting that what you are watching is going to continue down the path of least resistance. That this movie is going to end up being amazing, but predictable because you are so lost in the movie that you think you can figure it all out ahead of time. But just when you figured it out, something occurs that shocks you in a way that makes you walk out saying one word to describe it, “Epic!”

Here are our 25 Most Epic Movie Moments of the Past 50 Years.

Warning: Spoilers and some strong language ahead. Be warned now, you might not have seen these movies and some of the scenes can be considered spoilers.