Before we even get into this, none of these awesome animated mascots pitch Cereal, Beverages or Fast Food. Why? Because we’ve done those posts already…

Ah yes, we do love our Mascots here at Gunaxin. So this list will be strictly store bought food products. Surprisingly, though, there are nearly as many famous ‘other food’ mascots not even related to cereal, drinks, or restaurants! Why am I shouting? Because it’s so exciting!

For years, every conceivable food item from snack cakes to veggies has been hocked by an animated critter: be it human, human-like, or animal. Ever since the early days of eye-popping packaging and, eventually, TV commercials, the animated food-product mascot has been a mainstay of the advert industry. There are so many products you likely wouldn’t even remember without their accompanying phylactery that they, themselves have become like the very products they were created to endorse. Get it? 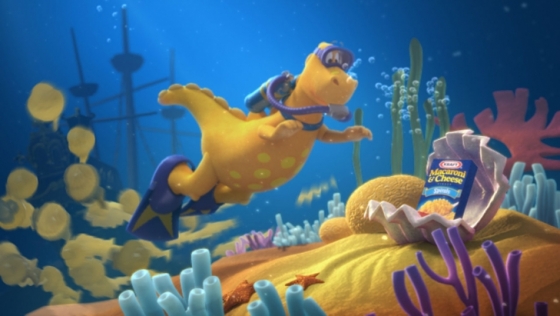 Yeah, that’s his name according to a contest offered up by Kraft Macaroni back in 2000. Pretty moronic, but I guess you’ll never forget it. This innocent T-Rex has been shilling Kraft Dinner for almost ten years.

Captain Cupcake, Hostess’ first foray into advertising history is actually the second one the company released. This guy was all over the Cupcake containers for years. Fruit Pie the Magician was another of the Hostess master mascots that dominated the store shelves and TV commercials during your favorite Saturday morning toons. Finally we have the original spongy hero, Twinkie the Kid. Now there’s a yellow cartoon fella I’d love see get his own show. 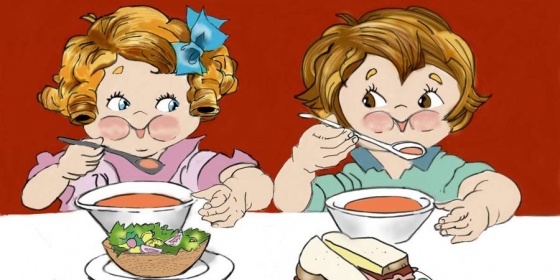 Since 1904, these freakish elfin tykes have been either on the Campbell’s products themselves, or else collected by rabid fans. Guess what? I still have a Campbell’s Kids Thermos, so there! 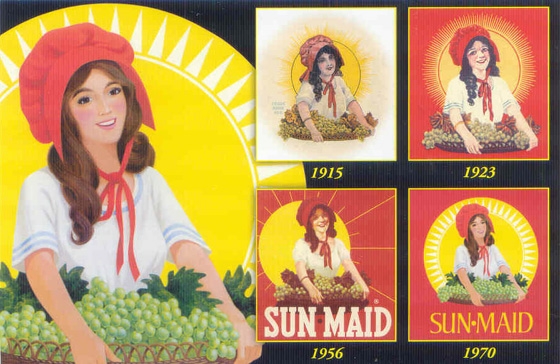 Her name was Lorraine Collett Petersen, and in 1916 she and her smiling face began gracing the packages of Sun-Maid raisins. She’s kinda still hot for a 93-year old. 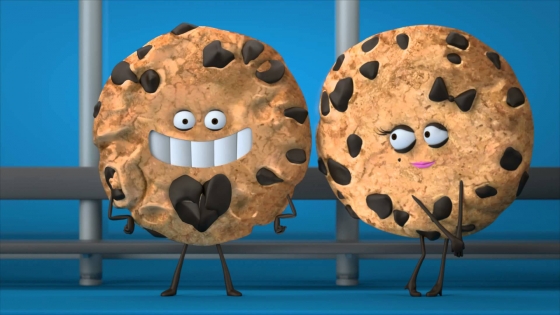 By far one of the most consistently irritating stop-motion ads of recent memory are the singing, happy-go-lucky cookie mascots for Chips Ahoy. Somebody eat these guys, will ya? 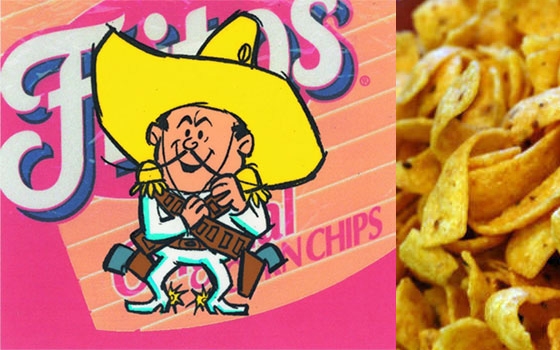 From 1967 till 1971, Bugs Bunny-voice actor, Mel Blanc, supplied the vocals for a tortilla chip-loving Mexican bandit. The ad was banned in quite a few markets. I suppose Frito-Lay could have done worse… 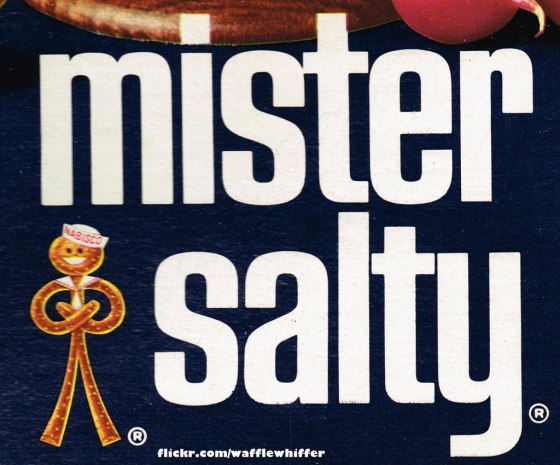 What’s more cute and bizarre at the same time than a guy made out of pretzel sticks who wears a sailor suit? Nothing, that’s what. I bet he’s crunchy, too. 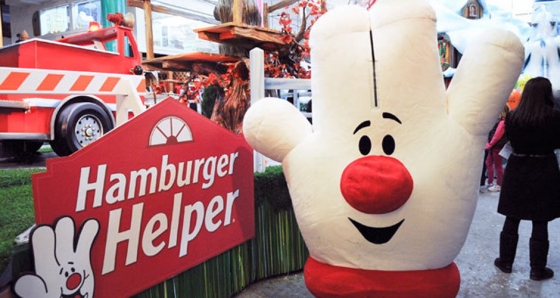 Ever since he began making his south-paw appearance on Hamburger Helper boxes in 1971, this talking and moving white glove has been the star of the commercial. 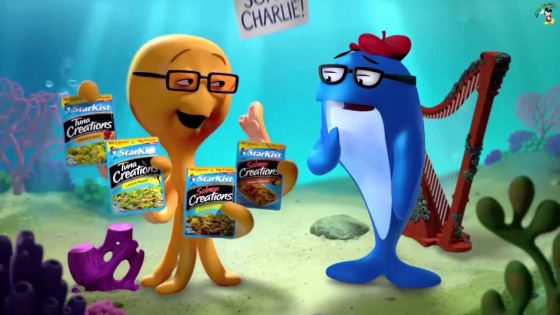 In 1961, the StarKist tuna company gave the world a mascot we could feel good about consuming right on the package. Thanks, guys! 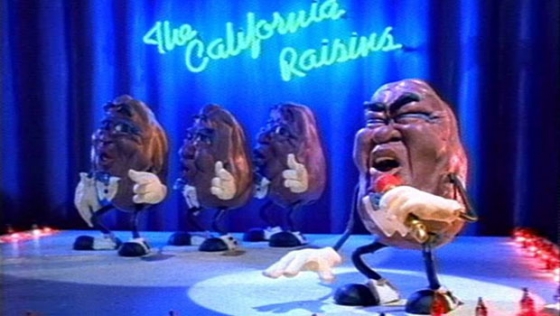 Since 1986, these animated raisins have struck purple gold with their Rhythm and Blues style and hit song, “I Heard it Through the Grapevine.” 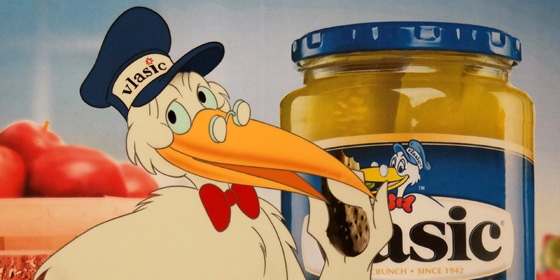 Thanks to, and I’m serious here, Vlasic Pickle company merging the baby-delivery Stork figure with the idea of a pregnant woman’s love for the brined cucumber, we got this mascot in 1968. 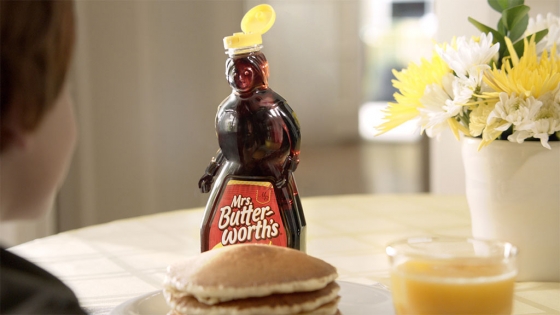 Nothing makes me want to eat pancakes more than knowing I get to squirt syrup all over ’em from the skull of a matronly lady-shaped dispenser. Delicious. And screw Aunt Jemima.

How Many licks does it take? Well, no matter how many times I’ve seen this commercial, Mr. Owl can not seem to get past three. Me? Two at the most. Yep, it’s 1971 and it’s the best candy ad of all time. 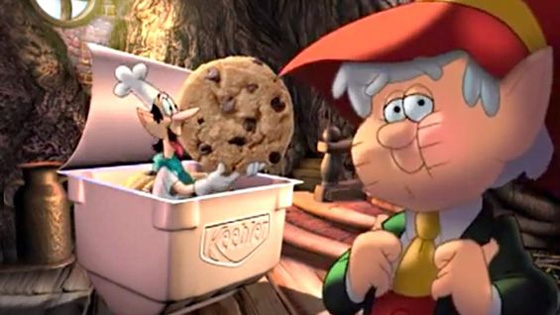 “Oh, you never would believe where those Keebler Cookies come from…” Thank goodness in 1968 that supremely annoying jingle was invented right along with the little elves in their Hollow Tree, cuz those sweet treats are something! 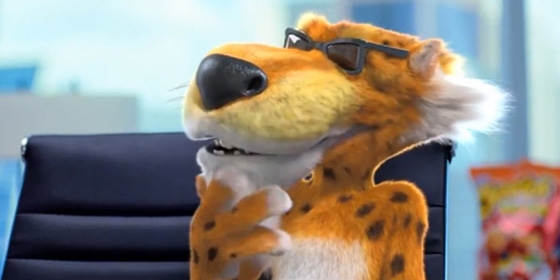 Cheetos are a delicious snack. Chester Cheetah is an overtly hip poser who always gets his while attempting to rob folks of their delicious Cheetos. Stupid cat. 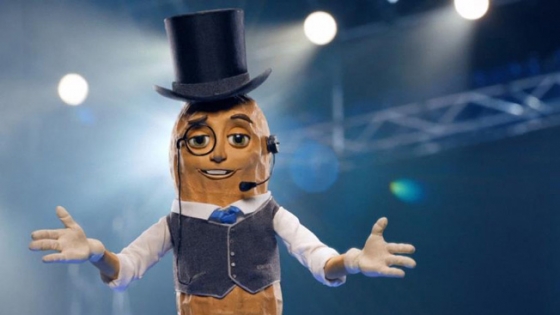 He’s the delicious and fully anthropomorphic (love that word) nut who lives his days promoting the goodness of Planter’s. Mmm… Nutty! 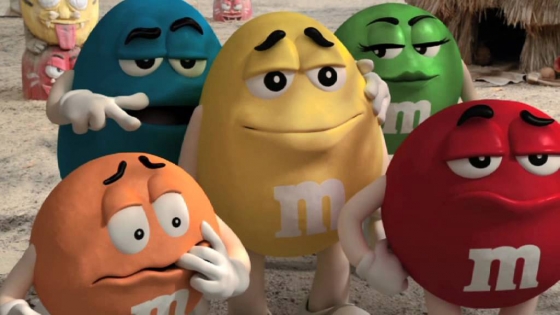 Ah, good old Red and Yellow. One, pissy and snarky, the other, slightly sardonic and melancholy. But these two are your candy spokes-folks, people. Enjoy their candy shells. 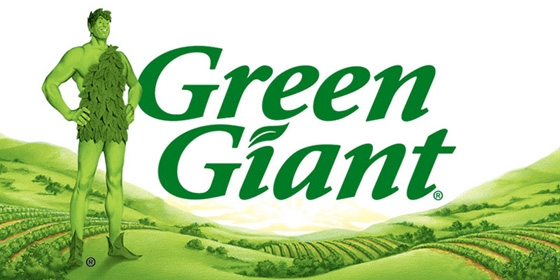 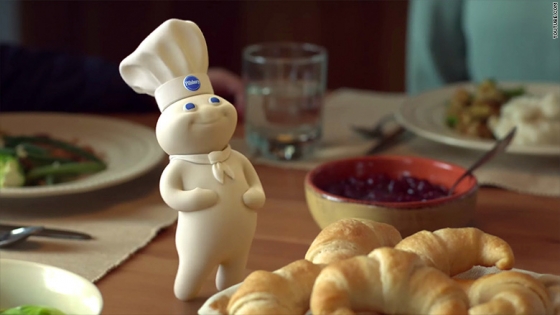 Since 1965, the little, white, ticklish dough-blob has been giggling his way into our hearts, and, cruelly, our ovens. Boy but he’s tasty.

The Art and Science of S’mores