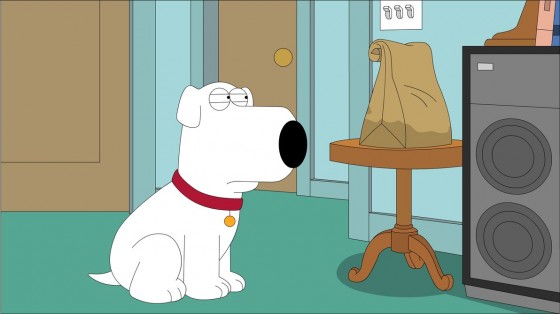 Fans of the hit TV show Family Guy have already begun to revolt against Seth McFarlane, the show’s creator, after he recently killed off one of the most popular characters on the show and the family dog, Brian Griffin.

For us, it wasn’t that they killed off Brian, that is such a fresh idea for a show in its’ 12th season, but it was the way they did it. He was simply playing in the street and was hit by a car. Then was rolled over, twice. No one cares to see that. They could have simply stopped drawing him and we would have been less upset. 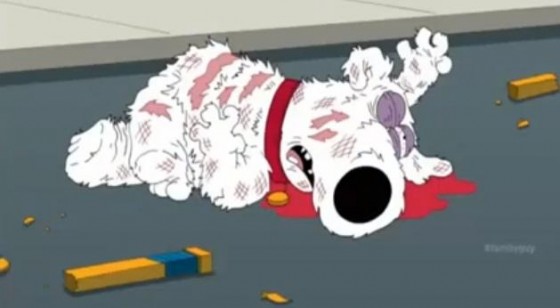 For a show that prides itself on sarcasm and making fun of just about everything and everyone, they made us feel emotions for the first time in the shows history. How dare they? In honor of Brian Griffin’s death, we bring to you the 25 funniest moments of the family’s beloved dog.

23. Yelling at Another Dog