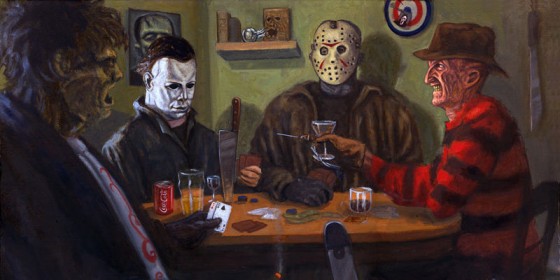 The best movie characters in Cinema history are villains. Vito Corleone (The Godfather), Mr. Potter (It’s A Wonderful Life), Darth Vader (Star Wars), Nurse Ratched (One Flew Over the Cuckoo’s Nest), and Alex DeLarge (A Clockwork Orange) are five of the greatest movie characters of all time regardless of how you look at it. But as villains, they are all members of Hollywood’s most iconic movie characters.

In the Horror movie genre, villains are King. They are the main reason we enjoy the bloody psychotic films that come out around Halloween every year. Even if the bad guy is a murderous lunatic, there is a chance the audience will still have sympathy towards them which will cause a simultaneous admiration too. Not all Horror movie villains are in that realm, however. Some of them are so insane, it is almost impossible to feel anything but dislike towards them. That also means they are worthy enough for our list of the scariest, bloodiest, smartest, and diabolical Horror movie villains of our time.

To build this list we focused on Horror movies only, not cross-overs or parodies. (Scary Movie) Also we left off the found footage sub-genre simply because they are made for one reason and one reason only, to make you jump out of your seats. There is better character development in Toddler and Tiara’s than in 99% of found footage movies.

**SPOILER ALERT ** – Continue at your own risk. 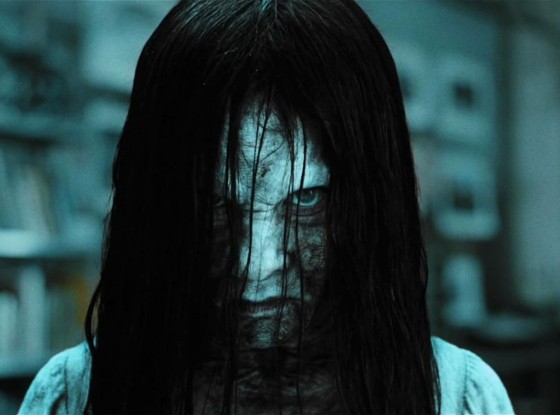 The Ring was not the greatest of Horror flicks but they did manage to get one thing right with their villain. There are very few things in life scarier than a little girl ghost and Samara is creepy as you know what. Just about everyone recalls the scene where she climbed out of the TV, right? 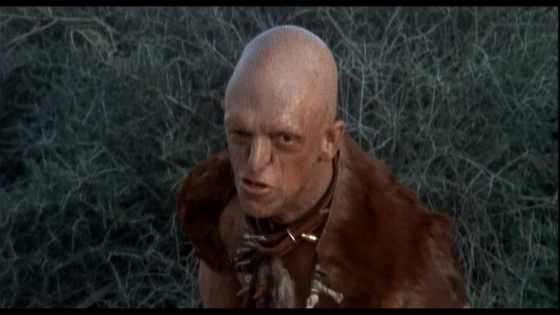 The Hills Have Eyes was one of the scariest films ever made. The simple idea that it could be real made it that much worse. Imagine a time without internet, cell phones, or wifi. After watching the disgusting cannibals devour and murder an entire family in a mysterious town in the Arizona desert, anyone traveling across country would think twice about stopping.

Kevin Spacey is best known for his performance in The Usual Suspects but it was in 1995 when he co-starred in the psychological Horror thriller Se7en as the demented serial killer known as John Doe. It is one of the better career moves for Mr. Spacey and is still one of his most underrated roles to date. 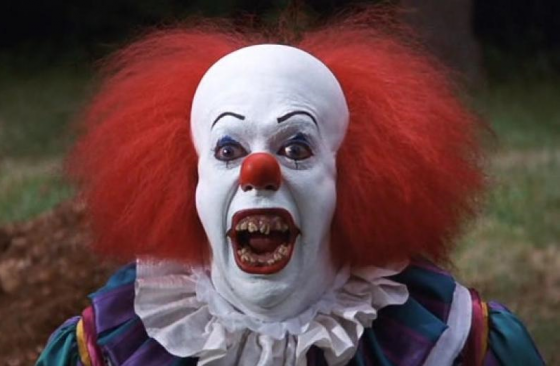 Clowns are scary. Clowns that can shapeshift into a child’s deepest and darkest fear or phobia while also being able to control their mind is the scariest clown ever created for the Horror genre. Thanks Stephen King. (IT was actually a TV mini-series that aired over two parts but because Pennywise is such a terrifically terrible villain, IT just had to be added) 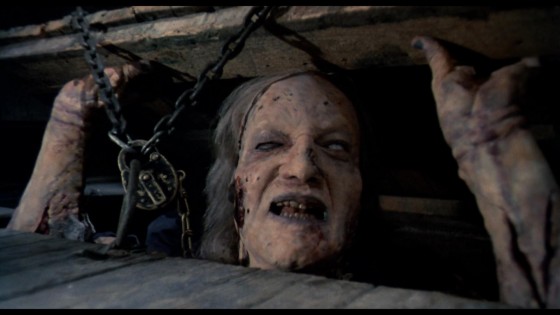 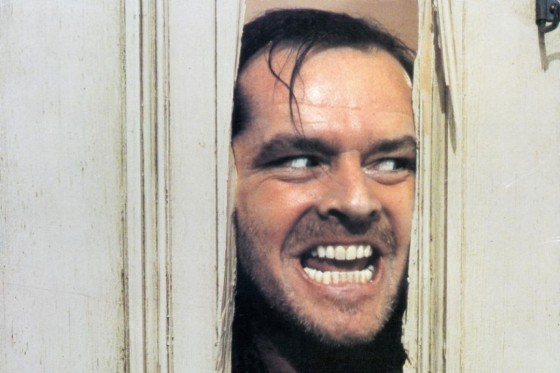 To have your main character slowly become 100% insane right before our very eyes, you have to hire the best, and that is exactly what they did when they gave the role of Jack Torrance to Jack Nicholson, who turned it into an iconic horror movie staple. 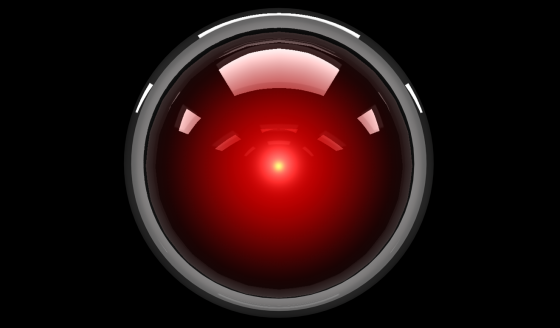 Artificial intelligence was given an entirely new meaning when Hal 9000 gave us a glimpse of what could happen if we allow a computer to have too much power and let it operate a spaceship. 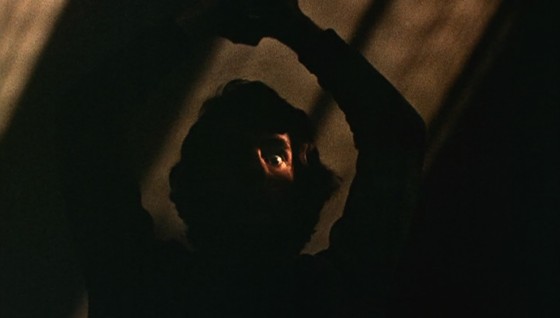 There is no way that Wes Craven wasn’t thinking of this slasher flick when he created the Scream movie franchise. Only in this movie, the villain is an unnamed crazy guy that is staying inside a sorority house slowly killing all the ladies inside. 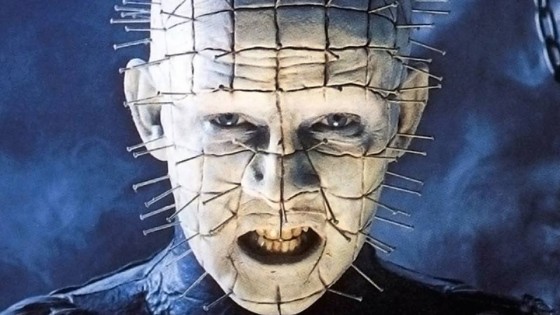 Pinhead is not a clever villain name because he literally has pins all over his head. The movie is beyond unbelievable but when we go to a Horror movie, no one expects it to be real, right? 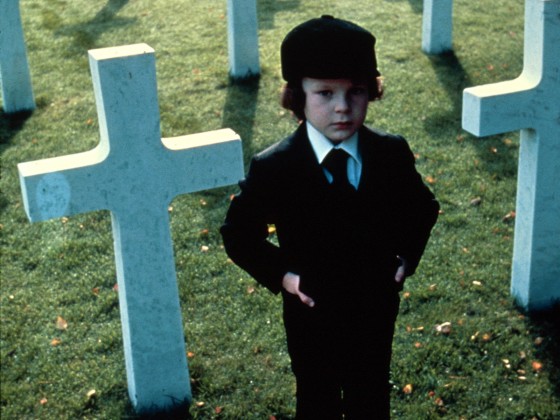 Children as villains is not easy to do. In The Omen, however, Damien is the devil and makes us all believe it could be real. 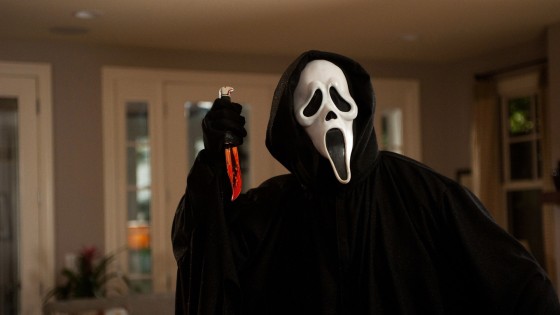 If you were alive in the 90’s, you remember the Scream movies simply because millions of people were dressed up as the Ghostface killer making for some of the scariest moments in trick or treating history. Not that the killer was real, but having all these people around you in the same costume does not make anyone feel safe. 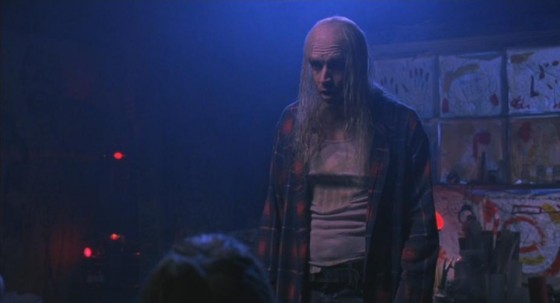 Dr. Satan could also be on the list but Otis makes it for one reason, he is the Alpha and leader of the sickest Horror movie family since The HIlls have Eyes introduced us to cannibals. 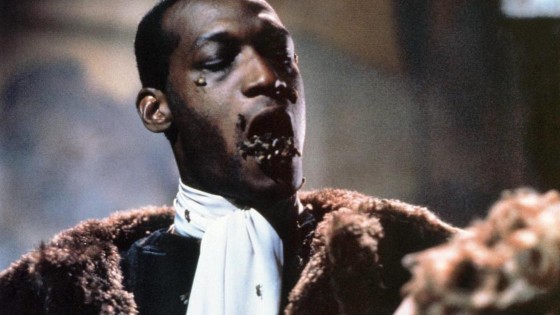 Much like Freddy Krueger, the Candyman is also supernatural but he can be summoned by simply saying his name five times while staring into a mirror.

12. Hannibal Lecter – Silence of the Lambs 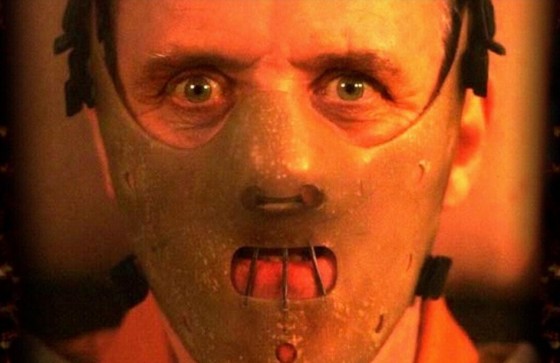 Hannibal Lecter is one of the most sadistic movie characters ever. He makes it very clear when he describes his first kill and how he enjoyed the meal. 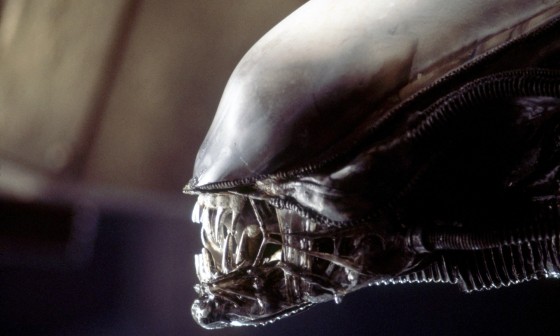 Alien might not be as scary today as it was back in 1979 because our minds have been desynthesized from the countless Horror flicks of the past 30 years. But during the late 70’s, it was scary to think that even in space, you’re not safe from evil. 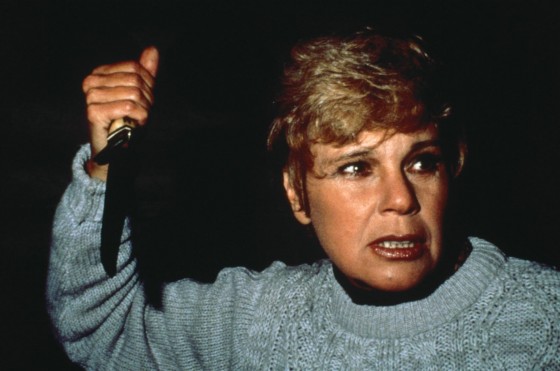 If only the camp counselors had been watching Jason that fateful night at Camp Crystal Lake then none of them, or the 200 other people, would have died in the Friday the 13th franchise. Then again, Pamela was crazy enough to find other reasons to kill people. 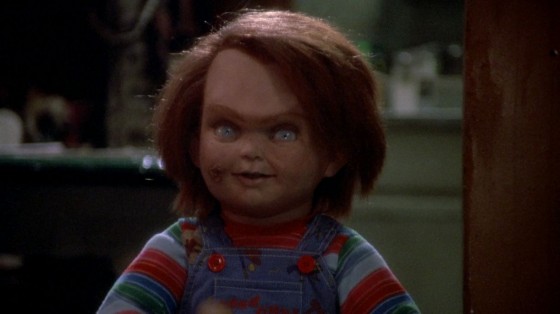 At first glance, a talking doll with a dark sense of humor is not scary. But when you give it a pair of scissors and it murders someone, that is scary 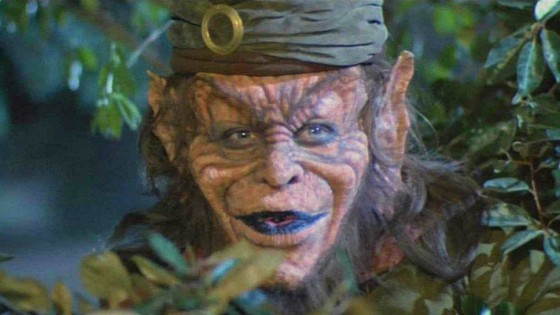 If you thought Chucky was a laugh, wait until you get a look at Lubin the Leprechaun. The evil Leprechaun, portrayed by Hollywood legend Warwick Davis, just wanted his gold. He would literally kill for it. 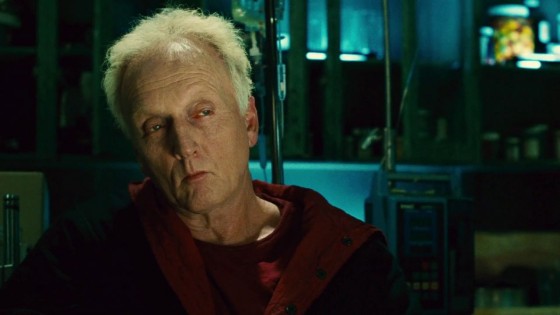 Why did they stop making the Saw movies? They were cheesy, sure. But they were also amazing. It was the first of its kind. We have seen Horror movies with twists and shocking endings before but not like this. Jigsaw was different from the other villains because he was trying to help people by teaching them a lesson. He also never once murdered a single person making him even more likeable. 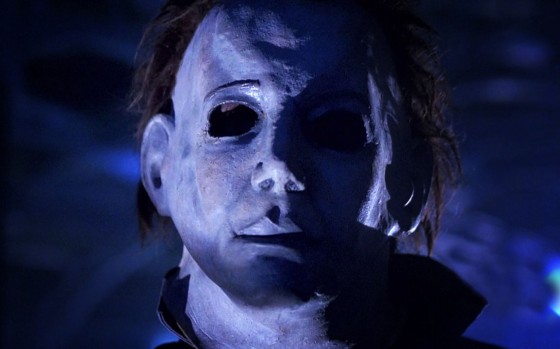 No matter how fast you ran, Michael Myers could catch you at his own pace. That and the music made for one of our favorite Horror movie franchises ever. 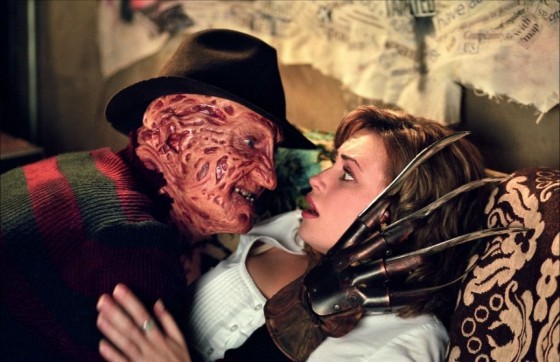 Freddy Krueger made it damn near impossible to go to sleep at night during the 80’s. He attacked people at their most vulnerable state, sleeping. There is not much else that is scarier or more creepy than a man with a claw hand chasing you in your dreams. 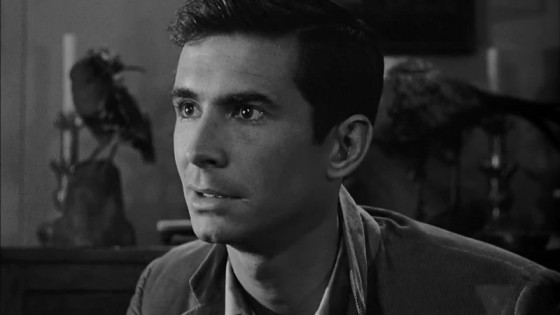 Psycho is the one Horror movie that has paved the road for all the others to follow. Much like The Beatles did for music, Psycho, and especially the character Norman Bates, propelled Horror to a whole new level. 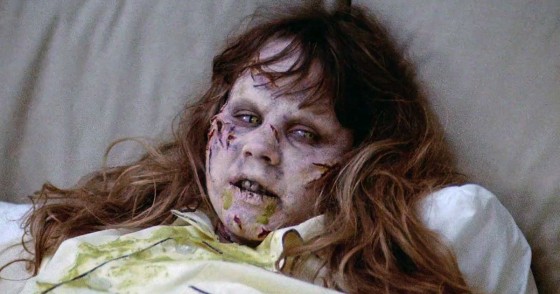 The Exorcist will never be topped and will forever be the greatest exorcism Horror film of all time. Do yourself a favor and give the original one a shot. 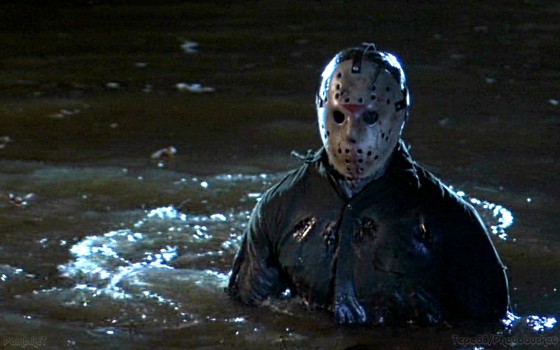 If you create a list of Horror villains and Jason Voorhees is not on it, you’re doing something very wrong. He is one of the most iconic movie villains in cinema history and when it comes to the Horror genre, he is King of the Crazies. If not for his mother, those poor camp counselors would not have had the pleasure of meeting the hockey masked killer before their impending doom. 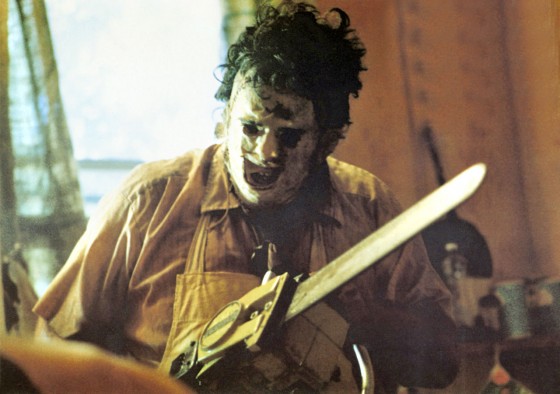 In the early 1970’s, telling a movie audience that the following is based on a true story turns the innocent horror film into a cultural phenomenon. Texas Chainsaw Massacre told a story no one heard before and added the diabolical psycho killer that wore his victims skin as a face mask. It did not help that his family assisted in kidnapping and luring his victims along the way. It made small town USA a bit more dangerous.