The Three Most Badass Stories About Actors Who Played Jason Voorhees

Jason Voorhees is an on-screen legend. With the highest confirmed kill count of literally any other on-screen movie monster, Jason’s place in pop-culture history is all but absolute. But what of the men who’ve worn the trademark mask? Surely the guys fit to play one of the single most terrifying and physically imposing men in film history have some awesome stories to tell, right? Damn straight they do, here are our favorite three.

1) Ari Lehman is a Metal Singer

Ari Lehman is the first guy to ever play Jason on screen, so of course, he’s the first guy on our list. Though he never wore the hockey mask, Ari did play Jason as a deformed young boy which involved him wearing perhaps the single greatest piece of special effects make up ever designed. Seriously, look at this shit! It looks like everything wrong you’ve ever done had a baby with a brick wall and dipped it in a nightmare, then gave it the home address of the part of your brain THAT CAN NEVER UNSEE THE TERROR! 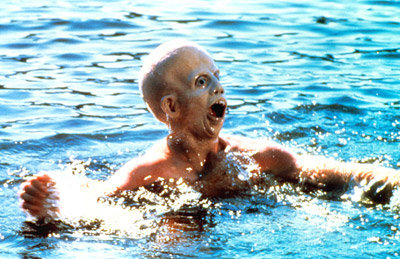 We lost three image guys uploading this to our servers.

Though Ari never went back to films in a big way since his break-out role as a potato headed Jason, he did decide to kick all of the ass at music. This culminated in Ari fronting a band aptly called “First Jason“ because when you were the first guy to ever play a character with 800 confirmed kills, you just have to front a metal band and sing about it. Hell, walking out on stage and saying “I was, nay AM Jason Voorhees” is more hype than Slash playing a guitar solo  on a naked lady guitar made of snakes. Speaking of which, listen to how metal this is, then realize it’s literally being sung by Jason himself and tell us that isn’t badass.

Seriously, can we get this guy a mask or something?

Richard Brooker was the first actor tasked with playing Jason who got to wear the now iconic hockey mask. Legend states that upon putting on the mask for the first time a light mist poured from Richard’s eyes and every actor who’d ever played a Predator simultaneously shit themselves in fear. 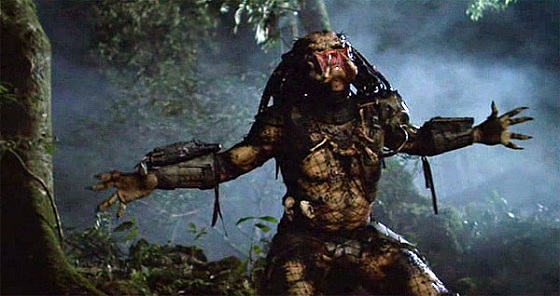 Along with being possibly the nicest guy ever who was a mainstay at conventions until his death, Richard was also an avid director of television and was instrumental in dozens of episodes of Bill Nye the Science Guy. Just read that again, 42 episodes of Bill Nye’s show were directed by JASON VOORHEES!

Oh and he once apparently got a girl’s phone number by saying he was the actor who played Jason. We don’t know how clearly you all remember the movies, but Jason spends half his time on-screen murdering people, most of whom are women who just had sex, and Richard was brazen enough to spin this into a pick-up line. If “The big dick OG pimp” isn’t a suffix carved onto this man’s tombstone we’re going to go put it there ourselves.

“I have a splitting headache!”

Ken Kirzinger is the largest man in a long line of man-mountains to play Jason, and being the most physically intimidating of the Jason’s, Ken has the most metal story. Mainly that he caught on god damn fire! 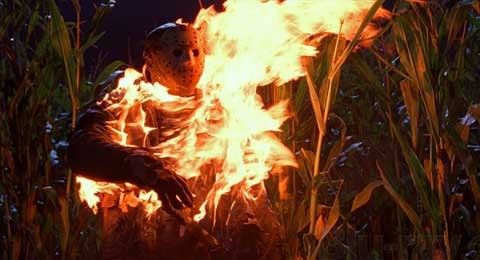 Excuse me, sir. I appear to have caught fire.

Now that image above is from the film, Freddy vs Jason and it doesn’t actually star Ken, it’s just the best image of Jason on fire we could legally show without risking Dragonforce suing us for stealing their next album cover.

Though Ken is a veteran stuntman, the Director, for reasons we can’t quite fathom, cast another stuntman for the scene above, which must have annoyed Ken something fierce since he decided to catch fire anyway in a later scene. But here’s the awesome part, it happened during a scene in which Jason confronts Freddy Kreuger in a burning cabin and Ken, being a badass first and a professional second, didn’t even flinch when he set ablaze.

And that is the image we want to leave you with, a 6ft 5 inch tall man in a hockey mask casually catching fire and reacting like it ain’t no thing.