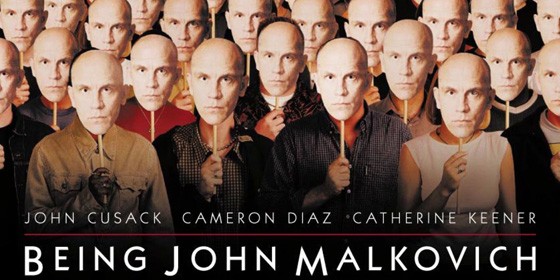 The mind is a fragile thing. Even the smartest people in the World only use about 10% of their brain. That leaves 90% of the brain untouched. Imagine how much data is in the cloud in your brain? It would take millions of databases to extract everything from a person’s brain, including what they subconsciously can remember without even knowing it.

A prime example of your brain working when you do not even realize it, is during a movie. You watch a movie, remember as much information as you can, and then talk about it with friends and family. What you do not think about is where the information is stored from that movie? If you watch the same movie twice, all the emotions and surprises you once felt are gone. Your brain remembers it a certain way.

If you were to think about a popular movie you saw growing up, how would you describe it? Funny, sad, scary, etc… You might even quote a line or two in the context of the movie. So what happens if someone flips that on its tail and makes a movie trailer that changes the direction of the story? Instead of Mary Poppins being a family fun Disney movie with lots of songs and laughing, it becomes a horror movie. Then what?

Be warned, these are all homemade Youtube trailers we found that have been recut to turn your world upside down. The horror genre dominates the list, so be prepared to have your mind blown and your worldview shattered.

To get this started, we are going to give you one of our favorites, Birdman. If you have not seen the movie Birdman, starring Michael Keaton in the best role and acting job of his career, then you should. The movie is great.

But if you have not seen Harvey Birdman by now, what is wrong with you?

Walt Disney created some of the greatest cartoon movies of all time. In fact, he basically created the genre and made it normal to watch a cartoon in a movie theater.

Aladdin came out over 20 years ago and is about a poor homeless kid, Aladdin, that finds a genie and changes his life forever. The trailer here turns the feel good movie into a scary drama that we probably would love to see Disney make.

Turning a trailer into a different genre simply by changing some music and voice over’s is not as easy as it sounds. On the flip side, taking the sound from one trailer and using it as the background of another is very simple.

We just do not care about the level of difficulty, we just love being entertained.

Titanic is a movie about two young lovers from two different worlds that meet on a “Ship of Dreams” and slowly fall in love. The only problem is, they are on the Titanic. Everyone knows what happened on the Titanic. Spoiler Alert: It sinks.

Isn’t this already a horror? Thousands of people drowned or froze to death following the sinking of the ship after it crashed into an iceberg.

Fight Club is one of the best Brad Pitt films ever. And that is saying a lot, the dude has lots of great ones. But it is our favorite.

Someone poked a little fun at the classic film and turned it into a romantic drama and it is actually brilliant.

Little girl with long hair comes out of the TV screen and crawls on her hands and knees?

No thanks, we are good.

Yes, Ghostbusters is technically a Comedy and a Thriller. So when someone on YouTube recut the trailer into a Thriller, we were not that impressed.

But then we watched it and instantly loved it. Trust us, it is worth a look.

Again, nothing is easier in the world than dubbing over a trailer with an already existing soundtrack. But since the old man from Up reminds us of Clint Eastwood in Gran Torino, we just had to watch.

No. Nope. No. Please tell us this is not real. No way did someone turn The Matrix trailer into a romantic movie.

21. Silence of the Lambs, Romance

The Silence of the Lambs as a romance is about as scary to watch as Toy Story 3 dubbed over with the Inception soundtrack.

There are just so many great movies on the list that once we are done here, we are going to locked the doors and watch them all from beginning until ending. All 30 movies, or most of them, in one sitting.

And we are starting with The Big Lebowski. Can we watch it twice?

The day Arnold Schwarzenegger makes a romantic comedy, we will eat a box of cooked ants dipped in chocolate.

17. Star Wars, Guardians of the Galaxy

Star Wars is coming back to the theaters in December and nothing else will matter for two and a half hours on opening day. Nothing. Not even an earthquake.

If you never saw this movie and had no idea what it was, then you would probably think it was a horror flick based on this trailer. But since almost everyone has seen this movie, you just have to give it a shot.

This trailer is one of the most popular recuts ever made on YouTube. We love it too but there are some underdogs that deserve a little more attention. Keep watching.

Superbad is hilarious. It is so funny, we just might have to ask for a sequel. This would be a great remake if the boys ever decided to ruin what we all love about the film.

The words we wanted to use to describe what you are about to watch are still floating around our minds. It is hard enough to watch the volleyball scene again, let alone turn this classic movie into something else.

Brokeback Mountain is a great movie, one of the best ever made. However, Top Gun is one of the best “Guy” films of all time. So when you combine the two, you get an amazing…well, you take a look.

One of the most iconic movie taglines ever has a different feel when it is shown under a romantic comedy light.

Speaking of classic 80’s films that changed the lives of two of the greatest actors of our time, Taxi Driver gets turned into a romantic comedy in this remake and it is awesome.

The premise of Sleepless in Seattle is already creepy but this trailer just confirms how close to being a horror movie it actually was.

Even the dramatic version of the trailer is funny to us. Maybe that is because we have seen it 100 times and the scenes remind us of the gags that follow.

There is no reason to believe that this movie isn’t a horror film in Germany already.

Watch the original trailer first. Then watch this version.

Doesn’t this version look better than the original?

Notice a trend yet? People are creating new trailers of the greatest films of all time. This is another one.

What? How did this one even make the list? This is great! Where did it come from though?

Back to the trailer…

To change the style of a Stanley Kubrick film, one has to go to the extremes and turn it into the complete opposite, a family holiday Christmas classic. Trust us, it is as great as it sounds, otherwise it would not rank so high.

At least you will not have to listen to that freaking song again. Maybe this trailer will stop the kids from all over from singing it so we can all go back to some peace and quiet.

If the Mary Poppins trailer doesn’t ruin your childhood, then maybe you should go back in time and try again. Every kid ever, watched this movie. But they never imagined it would end up so scary with a few quick editing tricks and the right music. Now it makes us question just how family fun this movie was when they made it.