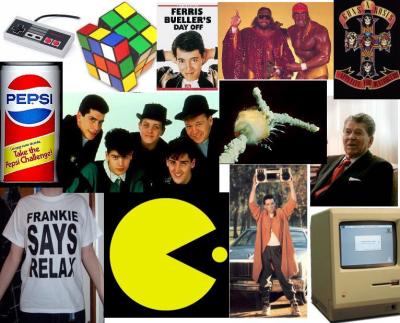 I was lucky enough to have been born in 1974. So when it comes to remembering the 80’s for all their obscure and fleeting glory, I was there for the full ride. Funny: I was six in 1980 and starting high school in 1988. Yeah, that was one hell of a decade; All Regan, all cocaine, all New Coke, all John Hughes, and all easily-forgotten music tossed into a bar blender and mixed on frappe. Oh sure, there were tons of bands that somehow garnered enough staying power here in the States to pop out a few albums and half a dozen hits (Motley Crue, Poison, Bon Jovi, Aerosmith, Journey… just to name a few), and even a few more who, though less impressive on our shores, managed a string career chart-toppers across the big pond.

All in all, the decade of the 80’s were inundated with One-it Wonders. And the worst part? They seemed to appear on either the radio or, most prominently, MTV, every other day! Seriously: sometimes One-Hit literally meant all of one day, or week, and then they, too, were swept under the rug by yet another, equally as innocuous and poppy musical sneeze paving the way for another to follow. It was a pretty vicious circle, but it definitely defined a decade. So sit back and enjoy 35 One-Hit Wonders from the 80’s. Some of which you’ll easily remember, where maybe a few will bring memories flooding back. Yes, there are plenty more (after all, the 80’s were lousy with ’em) but I was limited by ones that YouTube had decent available videos. And no, they are not in any particular order. Enjoy!

Katrina and the Waves – Walking on Sunshine (1985)