350 Lb Running Back Has Jets 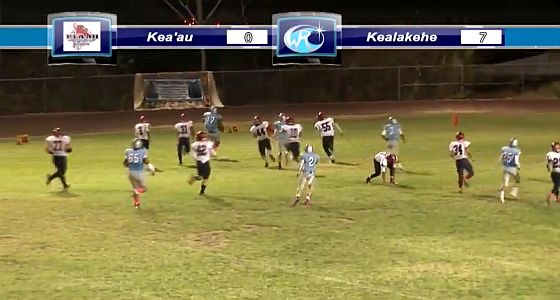 All fat guys on the football field long to touch the ball, but for most 300+ pounders something has to go horribly wrong for that to happen. That’s not the case for Kealakehe (Hawaii) H.S.’s David Fangupo, a 350 lb bulldozing running back. A highlight clip for the University of Hawaii bound Fangupo shows the monter breaking tackles and outrunning smaller defenders for a number of long TDs.