Media > Movies > 3D is Back in Fashion

3D is Back in Fashion 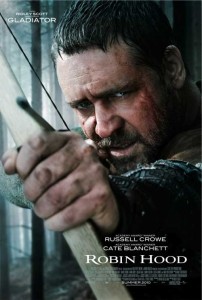 For those of us who are old enough to remember the times when “3D” meant “cheap gimmick”, where everything on the screen jumped at you and the entire 30-60 minute experience left you feeling nauseous, you have good reason to be skeptical about any 3D movie. However, the 3D craze is about to find its second wind after the success of Avatar, according to Collider.com. Whether that is for better or worse is another question altogether.

While Avatar worked well in 3D, we’re unsure about some of this other stuff Hollywood is considering. Future audiences will have arrows and Rusell Crowes flying right at them with Ridley Scott hoping to make a 3D version of Robin Hood, and it sounds as if the Star Wars franchise is far from over with George Lucas considering the possibility of Star Wars 3D, but shit gets crazier yet with Spike Jonze and Johnny Knoxville in their project, Jackass 3D. Because, really, the only thing that was missing from the past Jackass movies was the fact that we couldn’t see the pubic hair beard scene in 3D.