Gadgets > Other > The Art of 3D Print Failure

The Art of 3D Print Failure 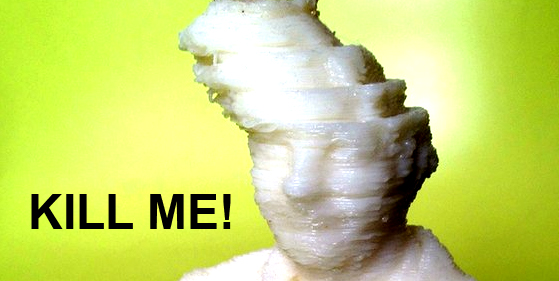 The thing is, it isn’t as perfect as people think. When you say the words “3D printing” people seem to think that this means you can perfectly replicate anything instantly and copy it an infinite number of times without complications.

In reality it’s a lot more difficult than that, 3D printing can take hours and it’s very prone to messing the hell up. Luckily, when it does mess up the results, are, well, awesome. In this Flickr gallery, users can upload pictures of their 3D  creations going horribly, horrible wrong and it actually looks pretty dope. 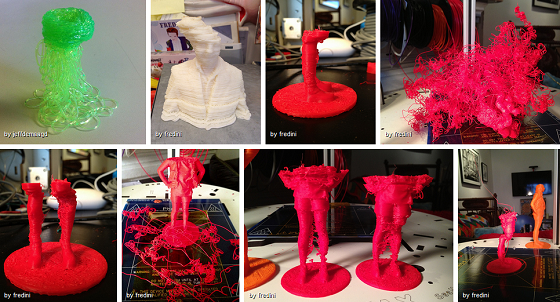 We didn’t even know Flickr was still a thing.

Seriously, check out that one on the top left. That looks like someone tore out an alien’s brain and it’s so pissed about it, it’s learned to levitate through sheer force of will.

We don’t want to worry these creators, but we honestly think they may have accidentally typed the words “anti-christ” into their 3D printer. It’s the only explanation we can think of for why their machines are only spitting out cruelly destroyed images of the human form. Seriously, get an exorcist on that, we’ve seen Paranormal Activity and we hope to God they have.

The message here is clear, even when technology screws up, as long as it screws up hard enough, it can still look pretty badass. We don’t know why so many people keep trying to make bright red action figures, but as long as they keep screwing them up so they look like they’ve been carved out of live screaming souls, we’re okay with it.

Check out the full gallery, here.