Media > Comics > Four Other Shows That Demand a Simpsons Crossover

Four Other Shows That Demand a Simpsons Crossover 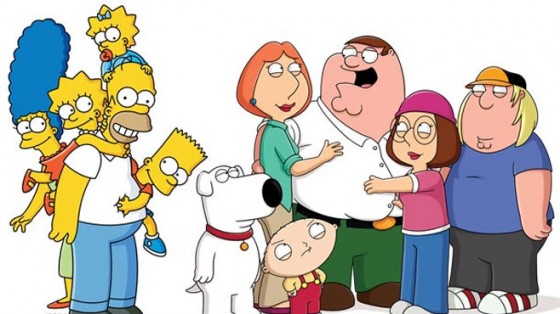 Not only is critical/creator pariah Family Guy going to have a crossover with three-decade Fox flagship The Simpsons, but Matt Groening will cross it over with his pet project Futurama. As was the case back in 1996 when this was done with The Critic (itself by Simpsons writers/producers Al Jean and Mike Reiss) it just serves to underline just how bad the situation is for the sci-fi Simpsons spin-off, considering it’s scheduled for cancellation.

Many audience members think the three most famous aforementioned shows have long overstayed their welcome, but it still is largely being considered a rather cheap ratings ploy for all concerned even in their eyes. If it ends up working despite the skepticism fans have that such a thing would be possible, here are the next four that simply must be done.

After the successful crossover this show did with Archer, mostly contingent on the fact H. Jon Benjamin is the male lead in both shows, it’s clear its universe has a sufficiently flexible reality that can absorb lots of craziness as long as it remains relatively low-key. It’s also kind of hard to make the case that the show isn’t yet another thing that was a Simpsons knockoff, one which in terms of tone and humor owes a bit more to the more grounded seasons 1-4. Mashing the two up would potentially serve to illustrate how far first show has gone off the rails if the makers of the Simpsons feel like making that point for some reason.

Although the show was kind of a complete and utter bomb and it’s time wasn’t so much a run as a cameo appearance, Allen Gregory as a character at least had a fairly interesting family to play his character off in terms of his adopted sister Julie and his gay parents (particularly Julie, the only character publications such as USA Today didn’t hate.) And who knows, it would certainly be a curious notion to see how the family from the cartoon that’s a contender to be the best cartoon ever interacts with one widely perceived to be from the worst.

The Cleveland Show is not only a natural choice for its being a Family Guy spin-off with characters some critics consider more likable than those in the show that inspired it, but it’s a show that’s been announced as cancelled. Thus it will be able to give Futurama some company. If nothing else there’s the appearance Comic Book Guy made on this show.

Okay, we’re going outside of Fox Broadcasting properties now, but potentially both would be up to it. The makers of the two shows have respectfully parodied each other repeatedly, so let’s see what they come up with working in tandem. God knows Springfield could use some writing which brought proper edge back into it of the kind which helped make the show such a sensation in the first place.