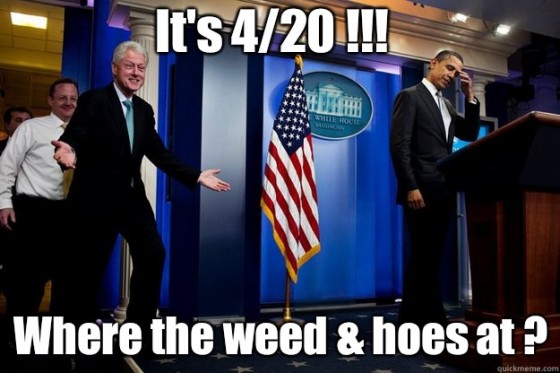 The Gunaxin staff decided it was important to mark the annual occurrence of the counterculture holiday, so we raided petty cash to further our research on the topic. After the lethargic stupor faded we realized we had 24 hours to complete the project. Off went the black light and Hendrix music. Excavating the keyboard from its Dorito grave brought a somber reality and so post haste we discarded all we had “learned” and started anew.

The true origins of 4:20 may have been lost in a haze of Hot Pocket steam and dank smoke. It is widely accepted to have been started by a group of High School students from San Rafael California in 1975 who called themselves The Waldos . Anonymous sources (Wikipedia) claim the group met at that time to search for a hidden marijuana field.

This closely resembles the plot of the film Rolling Kansas, Except that they aren’t students, the time 4:20 is insignificant and it is Kansas. It was also once thought to have its base in cop jargon for a marijuana offense, but nowhere do police use 420 in reference to weed. Still the number was adopted as a code word shared by pot users nationwide. 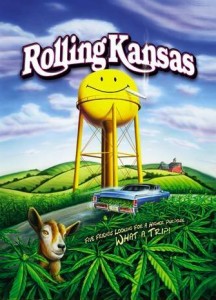 It has evolved into a counterculture holiday celebrated on April the 20th in America, Canada and New Zealand. (That is 4:20 if you are high today and forgot why. Hey, your X-BOX misses you) It has a French counterpart in France (duh) where it is celebrated on June the 18th because they are French, also the words joint and June sound the same to them. The French may have other reasons for not wanting to celebrate 4:20 on the 20th of April. 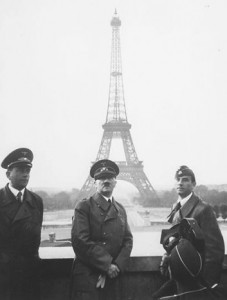 This guy, probably not a pot head.

Hitler, who once took take a big dump on France was born the 20th of April.

4:20 celebrations take place all across the country, Usually on college campuses. One of the largest in the country takes place on the Boulder campus of the University of Colorado where campus police have all but given up on preventing the event and now focus more on crowd safety. 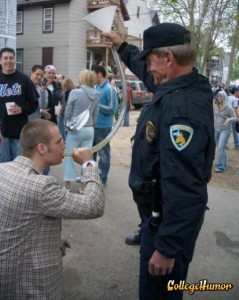 Thanks dude! I would’ve spilled that without you.

Just 50 miles away, on Route 36, another gathering will be taking place. One with a much more somber attitude. The 20th of April marks the anniversary of the Columbine massacre. Everything has been blamed for the columbine shootings from violent video games to goth culture. Everything except marijuana. The only drugs thought to have contributed to that event were prescription anti-depressants.

Massacres and tragedies don’t usually make for good comedy so in returning to the point of celebration for 4:20 it seems logical that we should turn to these guys. 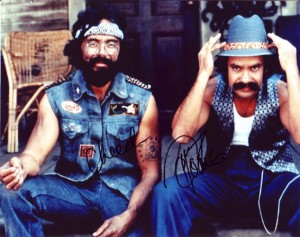 Champions of pot and funny.

There has been much debate on the long term effects of marijuana on the mind and it’s function. Cheech and Chong have done a lot to perpetuate these stereotypes. Their movies show them as half-baked halfwits who seemingly only come out well due to blind luck and good karma, and most of us wouldn’t have wanted it any other way. If you can’t laugh at at least one of their movies, well then fuck you. Seriously. The portrayal of their diminished mental capacities could hardly be further from the truth.

Tommy was targeted by two separate investigations for his involvement in selling pipes. Pittsburgh, PA. US Attorney Mary Beth Buchanan oversaw Operation Pipe Dream. She obviously saw at least one of his movies. 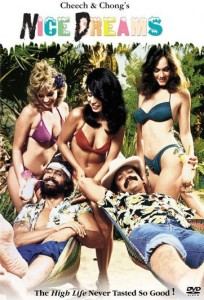 The final cost to the taxpayers for Operation Pipe Dream was more than $12 Million and included the resources of 2,000 law enforcement officers. That’s what it takes to prove that a celebrity who is using his famous face to advertise a product is using his famous face to advertise a product. Who is operating at diminished mental capacity here? An infamous stoner or US Attorney Mary Beth Buchanan? The final outcome for Chong was nine months in federal prison and fines and forfeitures to the tune of $125,000. While this doesn’t prove that Tommy is not an idiot in itself, it is strong evidence that the government who villanizes marijuana is.

Cheech Marin recently made his second appearance on a television program long known to have harbored many a slack jawed burnout. 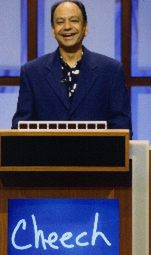 Most of us likely know some stoner who just isn’t all there but before you blame the weed try to remember that guy before he started smoking. Wasn’t he the one that wasn’t allowed to use the scissors in grade school?

Enjoy your weed this 4:20 and if anyone tells you that you are destroying your life remember you could still be President.