5 Movies That Need a Sequel More than ‘Paranormal Activity’

It was inevitable that as soon as Paranormal Activity blew up Blair Witch-style the executives at Paramount would start getting all worked up about making a sequel.  Never mind the fact that a sequel makes absolutely zero sense considering the (cheesy) end of the film, because did that stop the people who tried capitalizing on the success of Blair Witch?  Hell no.  And that’s why we “received” Blair Witch II: Book of Cashing In. 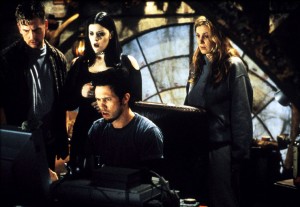 Even its stars couldn't believe the movie got made.

The worst thing is, in a time in which Hollywood struggles to come up with new ideas, remakes films by the fistful and greenlights sequels to just about anything, there are movies out there that actually deserve to have their story continue in another film.  These are those movies.

Yes, it’s a cartoon.  Yes, it’s aimed largely at kids.  But come on, you can’t tell us that when the Underminer shows up at the end and the Incredible family slaps on their masks to take his ass down, you weren’t fired up and pining for a sequel to put the further exploits of America’s greatest crime fighting family on display.

Forget about Toy Story and its 418 sequels and re-releases, we want some more Incredibles action.  The original is not just one of the greatest animated movies of all-time, it’s one of the best superhero movies.  Period.  The action is fantastic, the design is just as good, and it’s got a brilliant script and voice work.  Plus, if you put out a sequel set a few years later, there’s a solid chance that Violet would have animated 18 year old breasts, and we know you’re into cartoon boobs.  You pervy little freak, you. 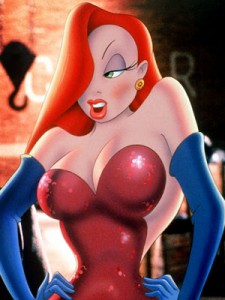 We know it's from a different movie, we're just making a point.

When you’ve just watched a kickass movie about one badass truck driver waging a damn one man war against some wild eyed, eight foot tall maniac and his evil sonsabitch minions, puttin’ his neck on the line and staring down a shitstorm of hell all just to save some girl with green eyes, well ol’ Jack Burton says you’d be a fool not to want to see a little bit more of that action.

And when you don’t yet have a sequel even though, hell, last you saw that ass kicking truck driver was about to be attacked by some big old hairy God knows what monster, well you just remember what ol’ Jack Burton says at a time like that: “Gimme a sequel, pal.  I can take it.” 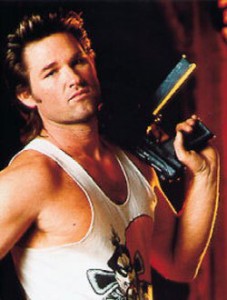 When we last left our hero, Ash Williams, he was continuing to fight the undead while also advising people to shop smart by shopping at S-Mart.  A sequel now would give us an older, wiser and yes, portlier version of our favorite one handed, big chinned, evil stomping hero. 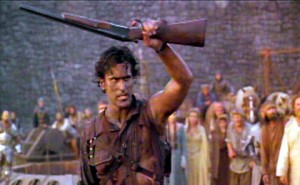 Raise your boom stick if you want a sequel.

You could even go a completely different way with the sequel, and pick up where the alternate director’s cut ending left off.  If you’ve only seen the theatrical version, the director’s cut has Ash “oversleeping” on his way back to modern time, and he winds up in a future that appears to have been post apocalypse.  You’re telling us you wouldn’t shell out $10 to see Bruce Campbell as the last man on Earth, kicking ghoulish ass and spitting out one-liners?  Yeah, that’s what we thought.

2
History of the World Part 1

If you’ve never seen this Mel Brooks classic, do yourself a favor and go pick it up.  It’s amazing how many comic geniuses pop up throughout the film, even in bit parts, and it’s even more amazing how many classic lines you’ll wind up quoting.

Looks like it's GREAT to be the king, actually.

And the thing is, the ending totally teased us with the idea of a sequel, which would have featured such brilliant bits as Hitler on ice.  Who doesn’t want to see the Fuhrer pull off a triple salchow?  Now, the tease of a sequel was just tossed in there by Brooks as one final punchline, but considering how long it’s been since he’s had a hit movie, maybe he’d consider pulling the trigger and getting the hell away from Broadway and back on the big screen.

M. Night Shyamalan’s cult classic suffered from a couple of things upon its release.  One, after The Sixth Sense, everyone was expecting another film of the supernatural nature, and not the superhero nature.  And two, Shyamalan’s obsession with trying to be like Hitchcock with his long takes and slow plot development took a lot of people out of the film.

But if you look past that and take it for what it was, Shyamalan created a pretty badass superhero movie despite the fact that its villain was a man so frail that a friendly pat on the back would probably break his spine.  Seriously, Bruce Willis, couldn’t you have found a more imposing foe?  Like an old lady in a wheelchair, or maybe a Girl Scout? 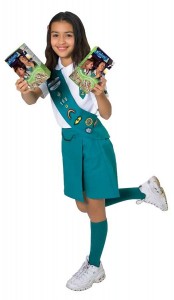 The only drawback to a potential sequel is that Unbreakable was made back before Shyamalan was a completely self absorbed douche, so odds are he’d write himself in as the new supervillain.  On second thought, maybe a sequel isn’t such a good idea…