Sports > Other > 50 Cent and Erin Andrews had an Awkward Moment

50 Cent and Erin Andrews had an Awkward Moment 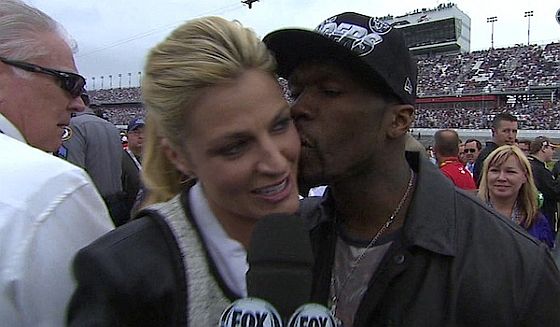 New Fox reporter Erin Andrews had an uncomfortable moment after yesterday’s Daytona 500. While Andrews attempted to track down eighth place finisher Danica Patrick for comment, she was intercepted by rapper and NASCAR fan 50 Cent. While Andrews tried to ask 50 about his impression of the race, he was more interested in getting a little personal time with the sideline reporter. First he went in for an incredibly awkward kiss, then appeared to try to grab Andrews before she quickly moved away. Her take on the encounter seems clear by an exasperated “can you believe this,” uttered as she walked quickly away.

This wasn’t 50’s only headline of the day, as he had previously posted a picture on Instagram of himself driving on the shoulder of the highway to get to the race. 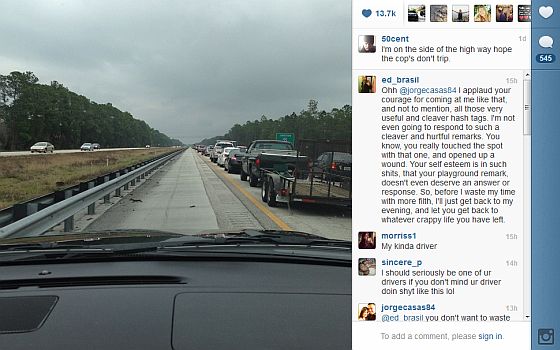