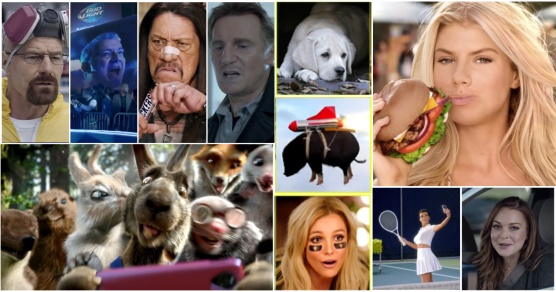 In 1966, Super Bowl I was shown on both NBC and CBS, the only time in NFL history that a NFL game was shown on multiple networks at the same time. Although each network had around 25 million viewers for the game, it was still a mess and from then on both NBC and CBS decided to share the Super Bowl on a rotational basis. The Super Bowl quickly grew into the biggest sports championship game in the United States, and it was not even close.

The NFL, along with the networks, saw this as an opportunity to take advantage of the number of viewers by charging a premium for a 30-second spot during the game. In 1966, it cost around $40,000 to run a 30-second commercial. If you factor in inflation, that would be about $310,000 today. So, even before the Super Bowl began, the NFL noticed it would be a hit.

Over the years, the price for a 30 second spot would go up 11% per year, on average. The biggest increase happened in 1998 and 1999 when the price jumped from $1.6 million to $2.2 million. The cost for a commercial for Super Bowl LII has been estimated to reach $5.5 million. In comparison, commercials that run during hit television shows like The Walking Dead and This Is Us can run between $350,000 and $450,000. 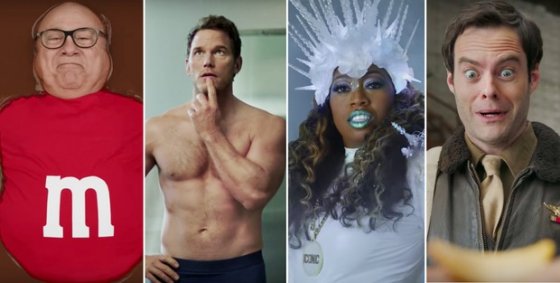 So when you see a commercial during the Super Bowl, the odds are high that it is going to be entertaining to say the least because a company is not going to spend that kind of advertising money on something that no one will be talking about the next day. The game-plan is to make the most memorable ad so that the 125 million viewers watching the game will continue talking about it for years to come. And what better way to make something memorable than by having your audience laugh. The funny ads are the ones that become YouTube sensations for the rest of the year, or even longer.

Do you remember when Bud Light used to own the Super Bowl advertising game? Our list is going to bring back some of their most hilarious commercials because, well, they were just better at making us laugh every year. In fact, in 2003, they had multiple ads and every single one of them was unique and funnier than the last one. With that in mind, it is time to take a look at the Fifty Funniest Super Bowl Commercials of all time. Enjoy.

47) The Frogs Get Canned, Budweiser

39) Life Comes at You Fast, Nationwide

17) Soap in your Mouth, Chevrolet

If this were to happen in real life, there are about 1,000 reasons how this would not work. However, since it is Bud Light and in 2006 we were expecting a Bud Light commercial to be funny, we put all of that realism aside for now.

The funniest commercials are always the ones that catch us by surprise. This innocent game of touch football got a little darker and, well, if you have not seen it, you should probably enjoy the ad without us spoiling it.

This commercial only worked for one reason, the driver never even realized what was going down in the back of his truck. The disregard for what is going on around him and that wonderfully hilarious smile makes us all laugh as the first guy crashes into the back of the van.

This is a classic Bud Light Super Bowl commercial. For years they created comedy gold like this one but then something happened and they all of a sudden stopped coming up with anything close to this caliber.

What is Electronic Data Systems, also known as EDS? Not a single person we have asked this question to actually knows the answer but if you ask them about the Super Bowl commercial where a bunch of cowboy’s herd cats, they will laugh and tell you how much they loved it.

Doritos has been making these great commercials for many years now but this one remains their best work to date. Every kid of divorce can relate to this child’s reaction to this new man coming into his mother’s life.

Long before the days of cell phone companies worrying more about each other than making hilarious Super Bowl commercials, Sprint released a classic. It seems like the best commercials are the ones that draw us in and make us wonder briefly what the heck is happening only to have the punchline land like this ad.

3) The Power of the Force, Volkswagen

The first time we all watched this commercial, no one expected the ending to be one of the most touching and funniest of all time. But when the child nearly falls down in shock because he thinks he has the force to start the car, that is so cute you just can’t stop watching it, over and over again.

Millions of Americans can relate to this commercial and probably wrote Reebok asking if Terry Tate was real and if he could come to their office. But there is something to be said for a commercial that almost let’s a vulgarity slip out but cuts the shot at the right moment to censor themselves.

Everything about this commercial was perfect. The moment he speaks, it is pretty easy to figure out he is going to want to know what was inside the package. His face when she reveals that it was everything he would need to survive on a deserted island is priceless. Fedex has never been able to top this Super Bowl Ad.