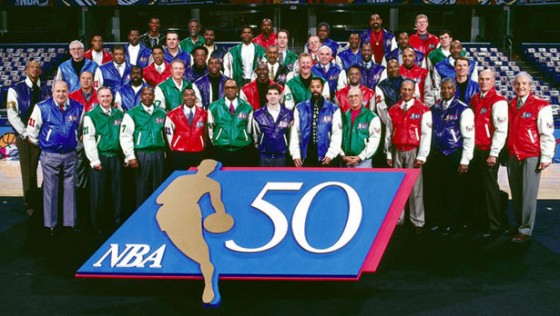 In 1996, the 50 Greatest Players in NBA History were selected in honor of the fiftieth anniversary of the founding of the National Basketball Association. That roster included the greatest players who ever touched the orange ball – old-school legends such as Wilt Chamberlain, Bob Cousy, Bill Russell, Jerry West (whose silhouette serves as the NBA logo), Kareem Abdul-Jabbar and Julius Erving, and modern-day legends like Magic Johnson, Larry Bird, Karl Malone, John Stockton and Michael “Air” Jordan. 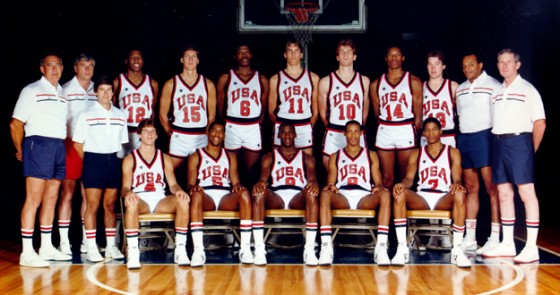 In the 20th century, American basketball taught this sport to the rest of the world, and single-handedly took the game to another level. But during the past twenty years, the once gigantic gap between the US and the rest of the world has closed significantly.  Starting with the 1992 Olympics – after the Soviet Union took the gold at the 1988 Olympics and Yugoslavia dominated the World Championships of 1990 – US Basketball retired the college teams that once dominated world competitions and replaced them with professionals.

In the 1992 Olympics, the original Dream Team faced no serious competition. The two other traditional powers of the sport – the USSR and Yugoslavia – didn’t even exist due the collapse of Communism. US dominance continued at the World Championships of 1994 and the 1996 Olympics – but that was when the first signs of change appeared. The talent differential was becoming more evenly distributed around the world. 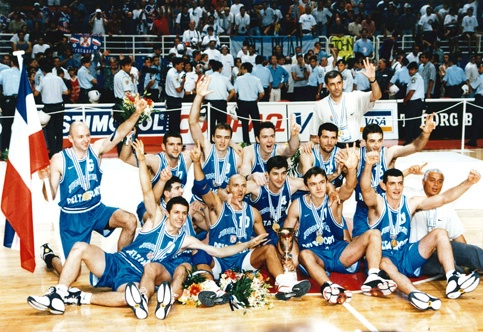 Due to the lockout, the US sent a secondary team to the 1998 World Championships, and Yugoslavia won the tournament. At the Olympics of 2000 the NBAers returned, but they struggled more than ever before to take the gold. In the semifinal against Lithuania they won by only the narrowest of spreads, and if the last 3-point shot by Lithuania had found its target, that Olympics might have had a different outcome. 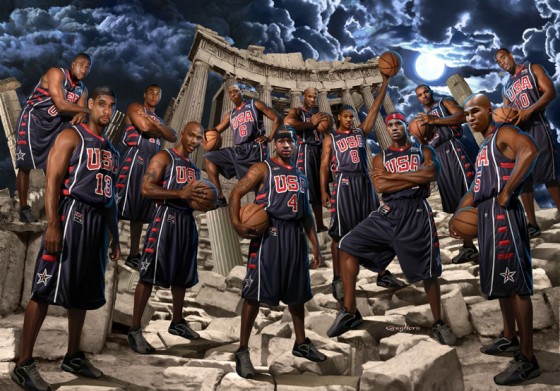 At the World Championships of 2002 and 2006, and the 2004 Olympics, Team USA – with players such as Allen Iverson, Reggie Miller, Lebron James, Carmelo Anthony, Dwyane Wade, Chris Bosh and Chris Paul – didn’t manage to win gold in any competition. They were defeated by Argentina, Spain, Serbia, Lithuania, Italy, and Greece. Kobe Bryant was on the court in the 2008 and 2012 Olympics, but again Team USA struggled in two dramatic finals against Spain, which could have pulled the upset, especially in 2008. 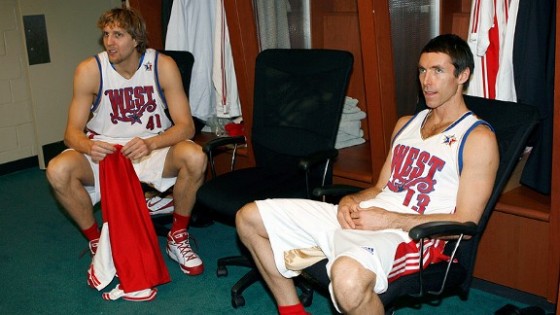 For three years in a row, non-native-born players captured the most prestigious individual title in the NBA. A Canadian, Steve Nash, was voted the NBA’s MVP for two consecutive seasons in 2005 and 2006, while Dirk Nowitzki, a native of Germany, followed in 2007. Foreign players such as Tony Parker (France) and Manu Ginobili (Argentina) were key factors in the empire built during the 2000s by the San Antonio Spurs. Dirk Nowitzki completed his personal triumph by becoming the first non-American to lead a team to the NBA championship – and Dallas’s first title – when, in 2011, he beat Lebron James’s Miami Heat to become only the second foreign-born player (after Tony Parker in 2007) to win the Finals’ MVP. 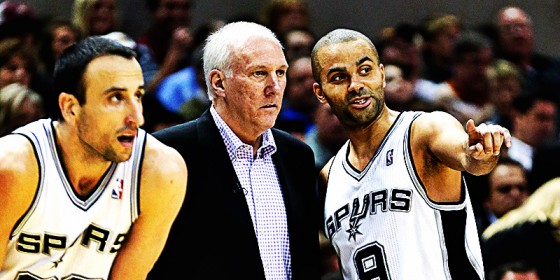