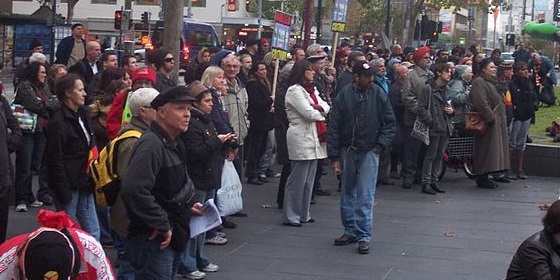 The pleasant morning weather that promised a beautiful day to protest the government policies that are hurting the environment in New York City, New York. Unfortunately for the approx. 500,000 gathered activists, around 2:00 p.m. storm clouds rolled in and by 2:30 the crowd was dispersing due to heavy rain falls and lightning.

“Come on! It’s not even acid rain!” Aged event coordinator Myra Applebaum screeched as she ran around, trying to reassemble the protesters before giving up and formally announcing the cancellation.

The news is especially disappointing as analysts had stated that while the 400,000 person protest on Sept. 21, 2014 didn’t accomplish anything, 500,000 protesters were sure to finally change the trend of climate change even though sources have said it’s a situation where there will be 1000 years of unstoppable climate change.

“We really should have seen this coming,” spokesperson Terry Sejak said in prepared statement. “But when you’re trying to get enough bottled water, sunscreen, and other essentials for 500,000 people, you sometimes forget the little things.”

Local restaurants claimed that the influx of hundreds of thousands of activists did little to increase their cash flows due to a brief, unsuccessful attempt to save face by rebranding the protest as a sit-in.

At press time, climatologists have not reached a consensus whether all this is ironic or not. 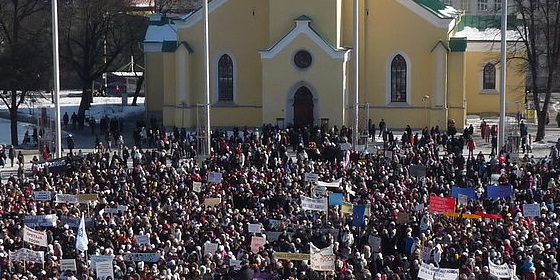