Six Great Athletes Who Tried to Kill Their Own Legacies 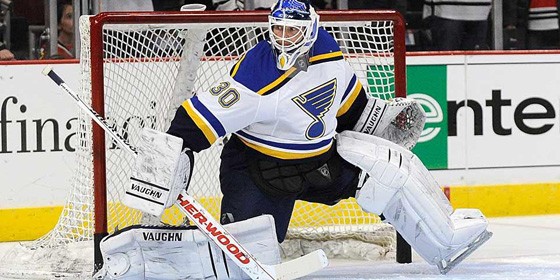 Martin Brodeur is widely considered the best goalie to ever play the in the NHL. Sadly when the Devils were ready to move on, Marty wasn’t willing to hang up his skates. So after playing his entire career in New Jersey, he signed in St. Louis to fill in for an injured Brian Elliot. Seven forgettable games later, Elliot came back and Brodeur’s career was over. 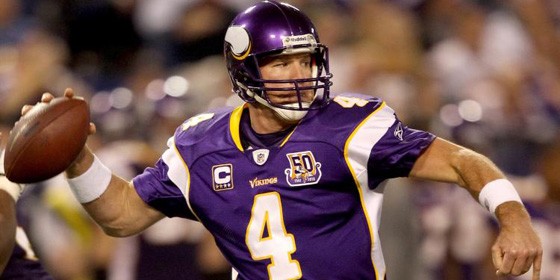 It’s a scenario we’ve seen many times before, star players holding on too long. They’ve played their entire hall of fame career in one city, but tarnish their legacy by bouncing around the league in a futile effort to keep playing when they’re clearly past their prime. The most famous recent example was Brett Favre, who kept coming back, and clearly shouldn’t have for that final season in Minnesota. Believe it or not, despite what the sports media wants you to believe, Favre didn’t actually invent the fine art of ruining your athletic reputation by doing embarrassing stuff during and after your career. Here are six guys who beat him and Marty to the punch. Will Tom Brady soon join this list? 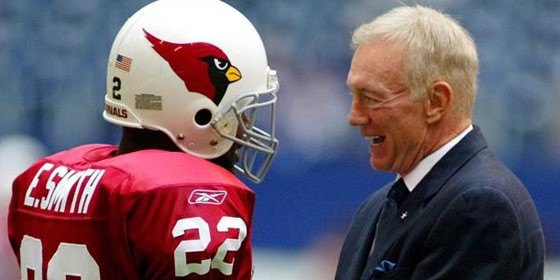 In his time with the Dallas Cowboys, Emmitt Smith established himself as one of the premiere tailbacks in National Football League history, racking up more than 17,000 rushing yards with America’s team, shattering the previous career record in the process.

And then he signed with the Arizona Cardinals. Mind you, this was when the Cardinals were still the Cardinals, and not the team that fluked its way into the Super Bowl in the 2008-09 season. After two forgettable seasons in the desert, Smith hung up his cleats for good, and replaced them with a microphone.

In retrospect, maybe he should have just gone and played in the CFL or Lingerie League. It certainly couldn’t have been any more embarrassing than his short “career” as an analyst, which ended abruptly when ESPN realized that if fans wanted to listen to a former player jabber nonsensically, they’d just flip over to Fox to check out Terry Bradshaw.

It only got more embarrassing for Emmitt after that, and now the all-time NFL great is perhaps best known by many as “that short stocky football player who won Dancing with the Stars.” But hey, at least the outfits weren’t embarrassing or anything. 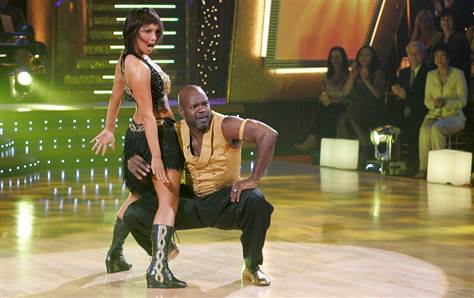 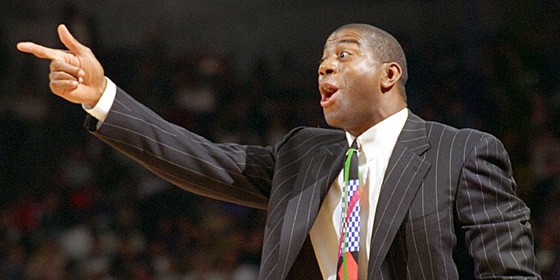 Let’s face it, there were certain players who came along in the 1980s who helped revolutionize the game. One of the first was Magic Johnson, he of the point guard game in a power forward body and the megawatt smile, and the same guy who ran the show for the Showtime Lakers and will go down as one of the top five or six players in basketball history.

We also have to respect Magic for apparently overcoming HIV, which is just miraculous in and of itself. After being forced to retire from the NBA with the shocking announcement that he had contracted the deadly virus, these days the word is there’s barely a trace of it left in his system.

Respect aside, that doesn’t change the fact that he turned out to be one of the most atrocious coaches we’ve ever seen on an NBA sideline when he tried his hand at helming the Lakers and guided them to a 1-5 record before abruptly resigning. He made a comeback attempt in 1996, two years after retiring from his “coaching career” and lasted all of 32 games. 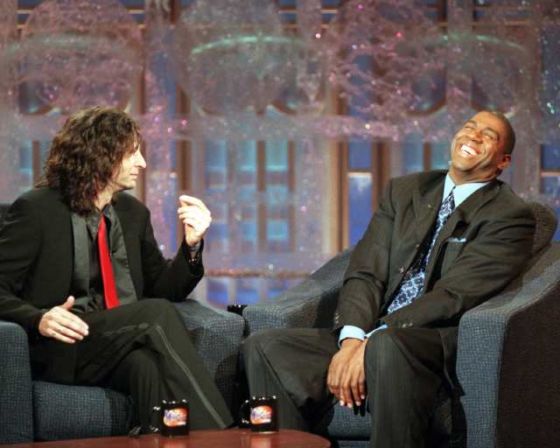 But that’s not why he’s on this list, at least not really. No, Magic Johnson finds himself here for one simple reason: The Magic Hour. A late night talk show (what is it with these guys and late talk shows?) that lasted just two months before being given the boot due to horrible ratings, the show made even the Chevy Chase show look like Carson by comparison. 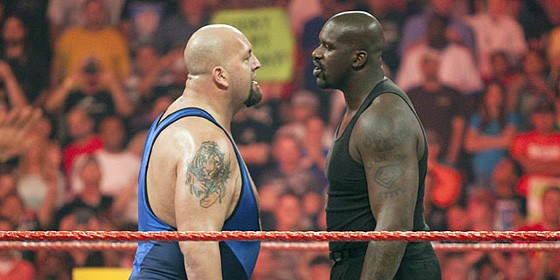 Don’t get us wrong, we love Shaquille O’Neal. Absolutely adore the big goofy bastard, and we’re not just saying that because he’s a 7-2, 350 pound mountain of a man who, oh yeah, has a black belt. In his prime, Shaq was one of the most dominant forces not just in NBA history, but also perhaps in any pro sport. What he lacked in free throw shooting he made up in his ability to just about rip a basket right off of the backboard.

Again, we love Shaq. He’s an entertaining guy. He’s just not quite as entertaining as he thinks, and that makes him even more hilarious because it leads to movies like Kazaam and Steel, as well as the five rap albums he released. We’re not sure what’s more amazing: the five albums, or the fact that one of them (Shaq Diesel) actually went platinum. 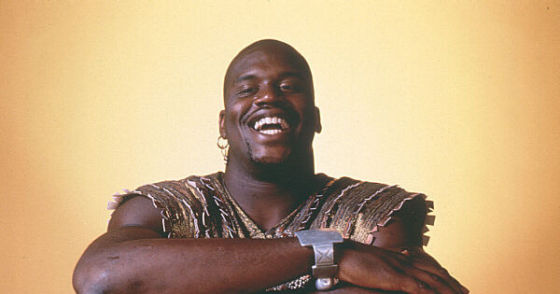 Gotta give him credit for trying, though.

And then there was his fighting video game, Shaq Fu, or as it’s known in many circles, “one of the worst video games of all time, and you should be ashamed of yourself if you ever owned it” (and we did). He even guest hosted WWE Monday Night Raw and found himself mixing it up with the grapplers. Shaq has also expressed an interest in doing some MMA fighting, which could take him even further down the path to pissing all over his own legacy as one of the all-time basketball greats.

Shaq bounced around to a bunch of different teams at the end of his career, with minimal playing time combing between injuries. While he has now settled into a broadcasting career, you never know what Shaquille O’Neal will try his hand at next. 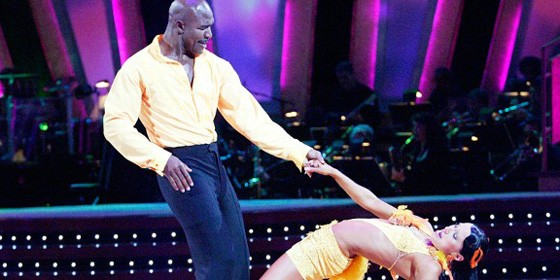 Evander Holyfield was one of the greatest fighters of the 1980’s and 1990’s. After coming to prominence by winning the silver at the Pan Am games in 1983, Holyfield would go on to become the heavyweight boxing champion of the world in 1990, only to later become even more famous for being partially eaten by Mike Tyson.

Holyfield capitalized on his fame and celebrity with appearances on such television shows as the Fresh Prince of Bel Air, which we have decided falls under the “okay, that’s acceptable” category after much debate. However, after losing his heavyweight crown to Michael Moorer (who we’ve learned isn’t the tubby guy who makes the propaganda movies), things sort of went downhill for the former champ.

In 2005 he was banned from boxing by the New York State Athletic Commission, but not because he did anything illegal. No, they banned him because they decided he pretty much sucked. If that’s not a kick in the balls, we don’t know what is. 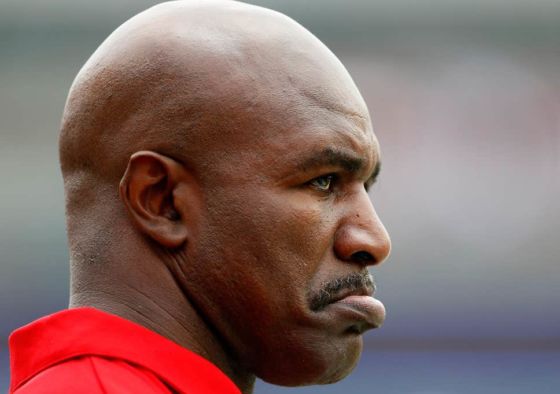 Evander gained fame (?) again that same year by appearing on Dancing with the Stars, and that’s one of the big reasons he finds himself on that list. Unlike Emmitt Smith, who can at least say he won the competition, Evander placed a distant fifth. We can’t be sure, but we’re pretty positive that’s more humiliating than his alleged steroid use, or the half-dozen comeback attempts he’s mounted since his first “retirement” from the sport of boxing. 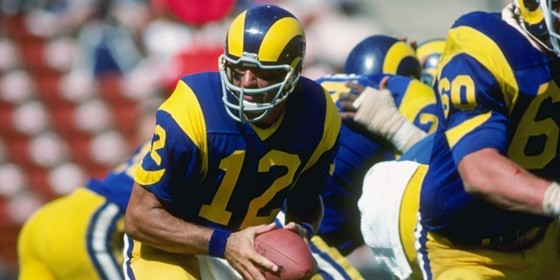 Ignore the fact that Joe Namath was a mediocre quarterback. In this case, the numbers are secondary. The brash, side-burned gunslinger for the American Football League’s New York Jets gained notoriety when he guaranteed a victory over the NFL’s Baltimore Colts, and that notoriety turned to absolute legend when he delivered with the win.

Broadway Joe then proceeded to begin ripping his own legacy apart long before he’d even retired, famously endorsing pantyhose and even appearing in ads wearing the ladies undergarments. Sure, we’ve all dabbled in drag, but it takes a special kind of guy to do it in public when he’s a famous, beloved athlete. Maybe that second part is why it never worked out for Dennis Rodman.

After attempting to host a late night talk show during the 1969 season and seeing his career fizzle out with the LA Rams, Broadway Joe faded into relative obscurity and could have ridden happily off into the sunset, people having forgotten the embarrassing crap he did when he was a player. And then, in 2003, he put the crowning achievement on a long, storied career of infamy when he drunkenly hit on ESPN’s Suzy Kolber. 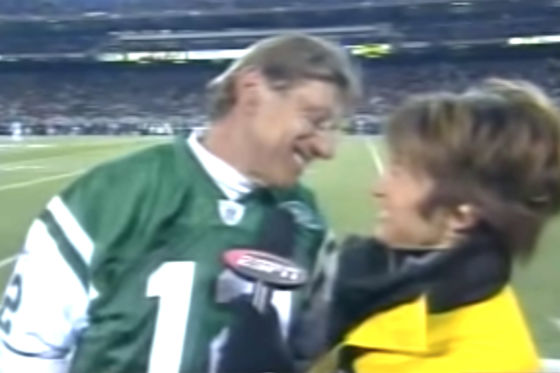 During live coverage of a Jets game during which he was being interviewed by Kolber, Namath repeatedly ignored her actual interview questions, instead saying over and over that he wanted to kiss the diminutive reporter. In fairness, it’s a great tactic to avoiding questions. We’d have loved seeing Nixon try it with David Frost. 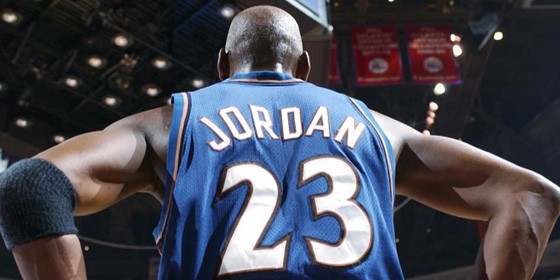 Michael Jordan is the greatest basketball player who has ever lived. You could argue Wilt, Larry, the Big O, and maybe in a few years even LeBron. That’s all well and good, but you’d be wrong. There has simply never been another basketball player like Michael Jordan, who won six titles and holds the highest scoring average in NBA history.

Of course, it could have been more than just those six championships for Michael, who won a college national title and two Olympic gold medals as well. Yes, Michael’s Bulls could very well have threatened the all-time record of eight straight championships if not for, ya know, that early retirement and embarrassing baseball thing. 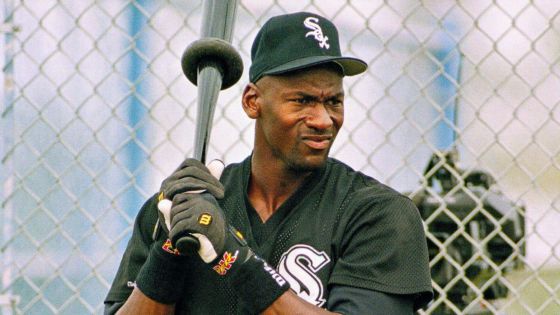 Okay, so he’s not the best at EVERYthing…

Forget about the baseball thing for a minute (we know we’ve certainly tried) and let’s focus on some of the other ways MJ has tainted his legacy. Let’s see, there’s the whole gambling thing, the comeback with the Wizards, punching teammates in practice, and of course, Space Jam.

In addition, Michael further alienated some of his former fans and worshippers by delivering one of the most bitter, spiteful Hall of Fame speeches we’ve ever even heard of. His failed ownership of the pitiful Charlotte Hornets is just icing on the cake at this point. So it goes without saying that a man who accomplished so much to build his own legend and has tried his best to tear it right back down is the clear-cut top choice for this list.