62 Year Old’s Racing Chair To Be Sold On eBay

Dennis LeRoy Anderson is just like any normal 62-year old from Minnesota: he likes drinking beer, driving his car, and lounging in a comfortable chair. However, his problems started when he tried to combine all three of these things. The result? A crazy, pimped-out , motorized driving chair which he crashed into a parked car on August of last year. The so called ‘La-Z-Boy’ chair was modified to include working headlights, a stereo, a cup holder, a drag-racing steering wheel, a damned parachute, nitrous freaking oxide, and presumably a specially configured seat to accommodate the driver’s massive balls. It also comes with a custom blue on black pinstriped paint-job and a ‘hell yeah it’s fast’ bumper sticker, because apparently a nitrous-powered armchair wasn’t flashy enough. It is powered by a lawnmower motor, which can reach speeds of up to 20mph. 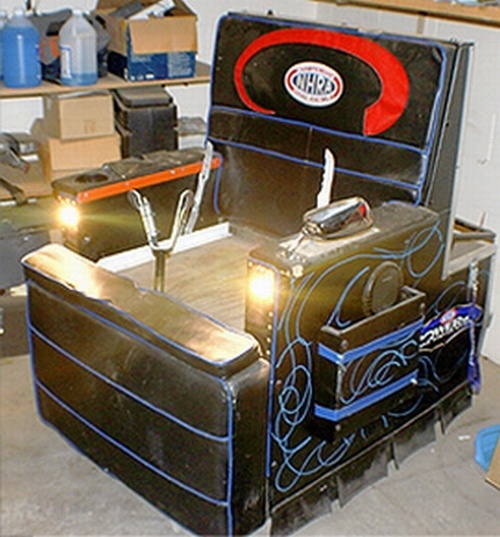 The inevitable happened one night when Dennis was driving home from his local bar: he plowed into a parked with three times the legal blood-alcohol limit. Somehow Dennis wasn’t badly hurt in the accident (the chair doesn’t seem to include a seat-belt, or any way to prevent castration from that protruding steering wheel), but he decided to stay at the crash scene and take the blame for the crime, presumably because Minnesota is not inundated with tricked-out motor chair drivers. 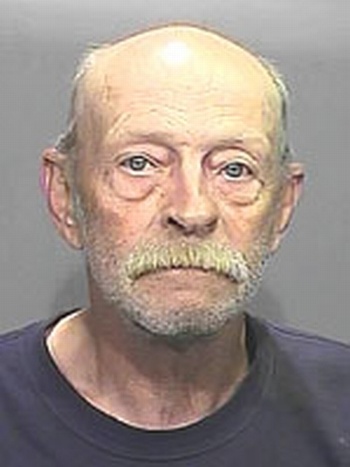 Who, me? No officer, it must have been the OTHER drag-racing armchair driver.

Dennis (who is pictured above, in case you hadn’t noticed), pleaded guilty and is facing 180 days in jail, suspending two years probation. Now here is where things get interesting. Under Minnesota state law, vehicles seized in drink-driving cases can either be used as official police vehicles, or auctioned off. Now, as much as we would love to see Officer Ted cruising round in this pimp-mobile, for some reason the police decided it was unsuitable for official use. So, if you can manage to work out what eBay category this thing fits into, you could bid to own your very own ‘La-Z-Boy’. Impress your friends, terrify your parents, and remove all chances you ever had of getting a girlfriend – keep your eyes peeled for when this goes up on eBay sometime next week.