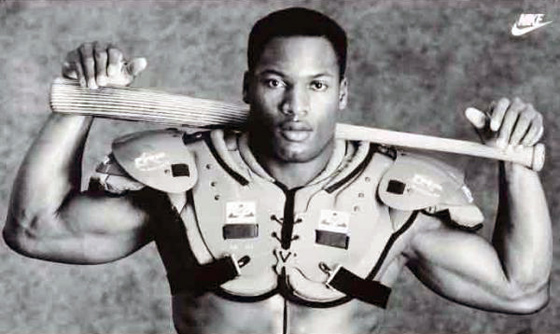 Usually this is where I would add an introduction to the person we interviewed on the Gunaxin Sports Show, but when you see the name Bo Jackson, that is all you need to say. Since Bo is one of my sports heroes I am going to write a bit more on him. One of the best pure athletes of all time, he played for the Raiders in the NFL and for the Royals, White Sox, and Angels in the MLB. It was great to see him run for a 96 yard touchdown and take out the whole defense while going for pay dirt or blasting a home run or making a catch in the outfield by running up the outfield wall. To hear the whole interview we had with Bo, check out the latest episode of the Gunaxin Sports Show. We talk about his career, Tecmo Bowl, the sick kicks he has with Nike, and his Give Me A Chance Foundation. 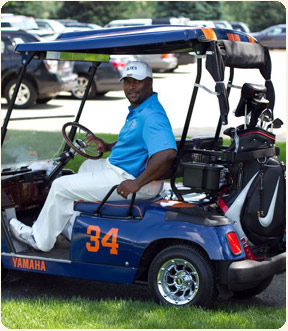 The Give Me a Chance Foundation was created by Bo Jackson in 2008. Bo’s outstanding athletic career as a Heisman Trophy Winner & prolific two-sport professional athlete are a reflection of his belief in the power of sports to transform lives. After retiring from sports, Bo completed his college degree and has become a successful businessman. His endeavors include senior executive roles as Director of Burr Ridge Bank & Trust, President of Bo Jackson Enterprises & CEO of Bo Jackson Elite Sports. On Friday June 24th Bo will host his 3rd Annual Celebrity Charity Golf Classic that will include Ray Lewis, Joe Carter, Eddie George, and many more. For more information on his foundation and to make a donation visit The Give Me a Chance Foundation.

I was always blown away with what Bo could do on the field or diamond. After our conversation I have more respect for him with everything that he is doing now. It looks like Bo still keeps to the old Nike slogan “Just Do It” in every aspect of his life. Check out his answers to Gunaxin 6Q below, and the full interview on the latest episode of the Gunaxin Sports Show.