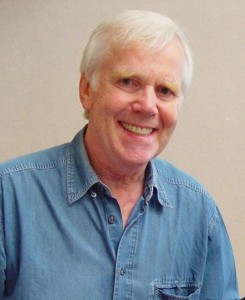 Jeremy Bulloch is the actor behind one of the most famous helmets of the Star Wars Saga, Boba Fett. While he might be known best for his role as the bounty hunter and fan-favorite character, Bulloch has also had some face time of his own in the movies, portraying Captain Colton in Revenge of the Sith, and Lieutenant Sheckil in The Empire Strikes Back.

Outside of the galaxy far, far away, Bulloch’s extensive television and movie credits include roles in Doctor Who, Robin of Sherwood, and three James Bond movies. He stopped by to talk with us about the Star Wars Saga coming to Blu-ray, the mystery around Boba Fett, auditions for Boba Fett, acting, and more. Check out Jeremy’s answers to the Gunaxin 6Q, and the full interview at MastersofNone.com.