Manute Bol is a Sudanese-born basketball player and activist. Until the debut of Gheorghe Mureşan, Bol was undisputedly the tallest player ever to appear in the National Basketball Association. Bol is believed to have been born on October 16, 1962 in either Turalie or Gogrial, Sudan. He is the son of a Dinka tribal chief, who gave him the name “Manute,” which means “special blessing.” Manute Bol is 7 feet 7 inches and was drafted in the second round by the Washington Bullets in 1985. He played in the NBA for ten years, from 1985-1995, spending parts of four seasons with the Bullets, parts of three with the Golden State Warriors, parts of four with the Philadelphia 76ers and part of one season with the Miami Heat. 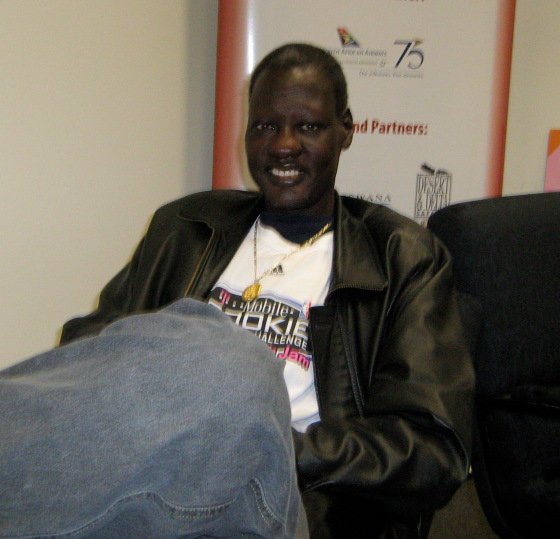 Read more about Manute in our feature, Hangin’ With Manute Bol