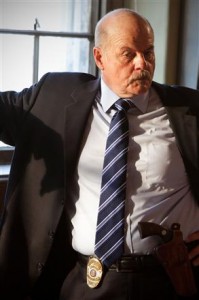 Michael Ironside has starred in over 100 films and several major blockbusters including The Perfect Storm, Starship Troopers, Total Recall, Top Gun, and most recently in the summer hit Terminator Salvation. His long list of television credits include Desperate Housewives, Nuremberg, Cold Case, and ER. Michael recently joined us for Episode #3 of The Gunaxin Show, and told us about his latest project, The Bannen Way. Michael Ironside stars as Chief Bannen, Bannen’s father who also happens to be a cop, in the sexy, fast-paced series on Crackle.com