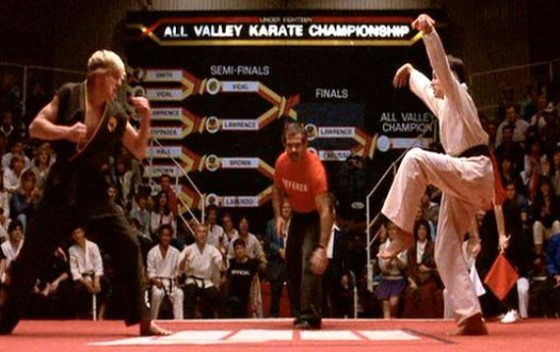 I’m not a collector of movie memorabilia because knowing me, I’d purchase something expensive, like say a replica Walther PPK from the Bond flicks, and end up dropping it in a river while disposing of a dead hooker. What can I say, I’m accident prone. However, I would totally buy an 8-bit Karate Kid t-shirt depicting the climactic All Valley Karate Championship tussle between Daniel Larusso and Johnny Lawrence. Have a look. 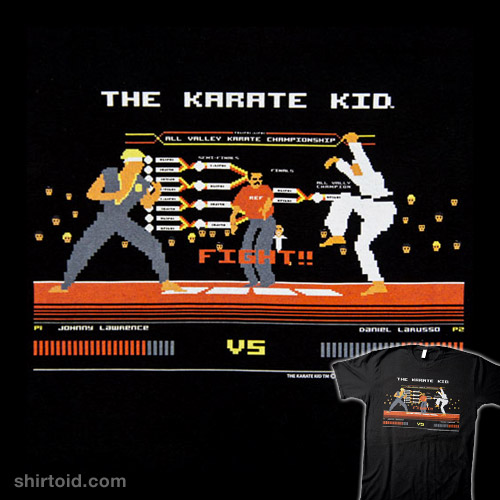 SWEEP THE LEG!!!! I have a crush on this shirt. I must have it so I can spoon with it on cold winter nights.