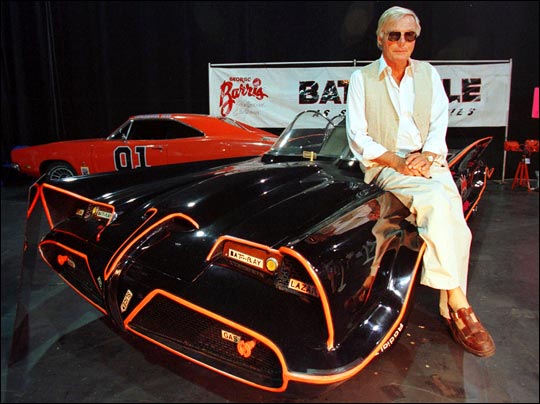 Ever wonder what it must have felt like playing Batman in the most ridiculous TV show ever created? The easiest way to find out would be to read Adam West’s memoir, Back to the Batcave or watch the made-for-TV movie that resulted from the book. We did both, and here are eight things we learned:

1) West Still Defends His Work on the Show 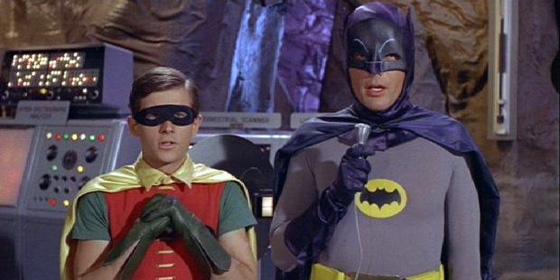 Adam West still defends his work in the original show to this very day. He says that Batman was slightly over-the-top, but less ridiculous than the comics of the time. He also did not like the use of the word “campy” and did not know what camp meant when reporters suggested it to him. He preferred the word “pop art” and likened the “pows” and “oomphs” that would appear on screen to Andy Warholesque touches. He maintains that the light-hearted and fun version was exactly what the public needed because it was a very stressful time in American history. A serious version of a superhero comic would have failed and West cites the fact that The Green Hornet only lasted one season as evidence.

2) West Claims to be a Serious Actor 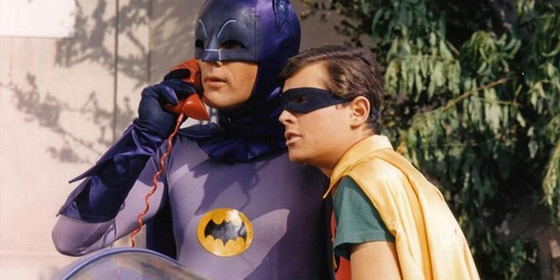 He claims to be a serious actor who actually did research and devoted energy into making his part believable. This is particularly surprising because it looks like West was either a guy who didn’t try very hard or a very poor actor whose stunted delivery of dialogue made the show hard to take seriously. But his overacting was all very calculated and came after months (not hours, I repeat, but months) of thinking about how he’d approach this character. He came up with a list of six constants that Batman should have. West even thought that Tim Burton made a mistake by not casting him in the 1989 film, despite the fact that he was well into middle-age.

Before acting, West had moved to Hawaii where he and a friend owned a business giving aerial tours for tourists. West was a pilot. It was there that he got his first show business break in a children’s show with a chimp, called the El Kini Popo Show. 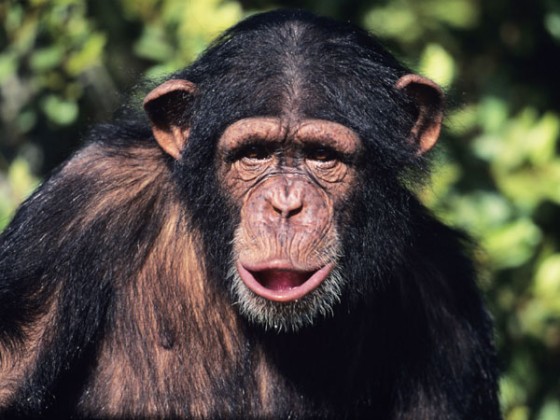 Before Burt Ward, this was West’s co-star.

Despite rumors that he was seducing costars left and right, West posits he had mostly professional relationships with the co-stars because he didn’t want to endanger the show. He said some of them, like Julie Newmar, were incredibly tempting and it was INCREDIBLY difficult for him to maintain professionalism on the set with her, in particular. The book is rather vague about whether Newmar and West actually did do anything illicit. He might have had a less mature attitude when he started shooting Batman because he tried unsuccessfully to get with the pilot episode’s guest star Jill St. John (who later became a Bond girl). St. John and him are still good friends.

5) Batman Still Got Plenty of Action 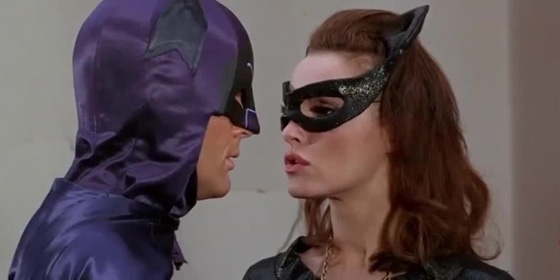 Don’t feel bad for him though. He had a very active sex life because of Batman, having been approached by groupies who made it incredibly easy for him to score. They would sneak into his hotel room and one even showed up in his bathroom stall (he chuckled and turned her away). He dated hottie Lana Wood and sister Natalie too. Throughout this highly active period, West was recently divorced and held a torch for his ex-wife with whom he had two children and with whom he was hoping to reconcile with. 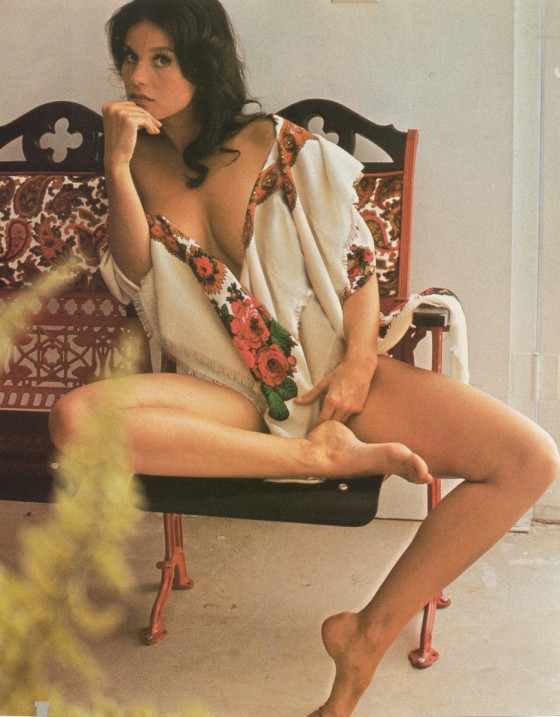 Lana Wood: Yeah, he hit that. 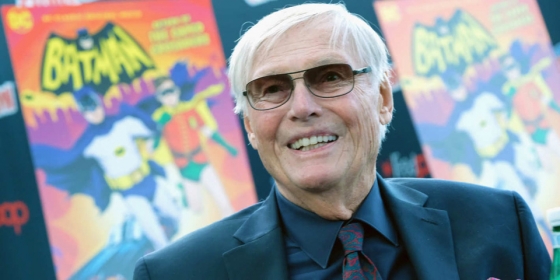 He admits life post-Batman was highly depressing because he could not get any work. It took him years to escape the shadow of Batman. He was offered the part of James Bond but turned it down because he felt the role should have gone to an Englishman. 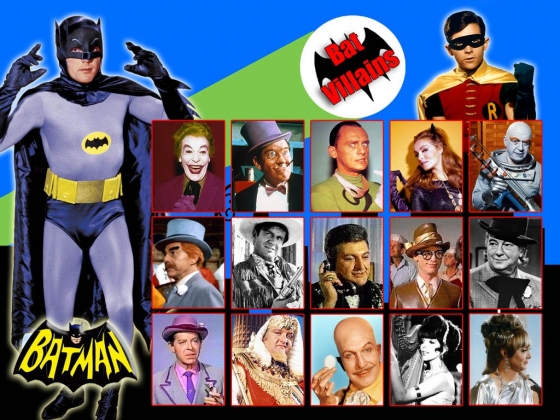 He enjoyed meeting a lot of great actors on set. He was good friends with the Riddler’s Frank Gorshin. They went to an orgy (hey, it was the ’60s) once where they started acting in character just for kicks and got thrown out. He also really admired the work ethic of Burgess Meredith (Penguin) and Cesar Romero (The Joker). He especially enjoyed meeting George Saunders (Mr. Freeze #1), Vincent Price (Egghead), Cliff Robertson (Shame) with whom he later became friends, and Maurice Evans (The Puzzler). His least favorite co-star was Otto Preminger (Mr. Freeze #2), who hit on every woman while simultaneously disparaging them, and thought he could boss everyone around because he was an acclaimed movie director. 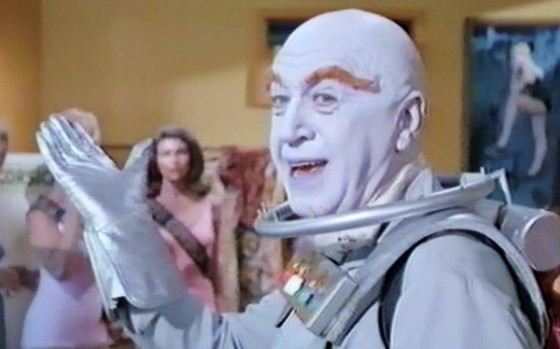 8) Actors Didn’t Look Down on the Hit Show 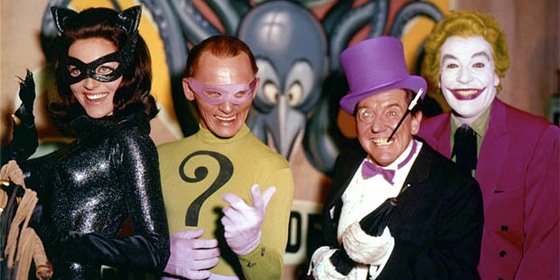 Many of the great actors hired on Batman didn’t feel like they were dumbing themselves down to appear on the show. Classically-trained actors like Burgess Meredith, Cesar Romero, Maurie Evans, David Wayne (Mad Hatter), George Saunders, Shelly Winters (Ma Parker), Cliff Robertson and Vincent Price relished being part of pop culture and gaining exposure on a hit show. They also enjoyed taking a break from serious acting roles to do comedy.