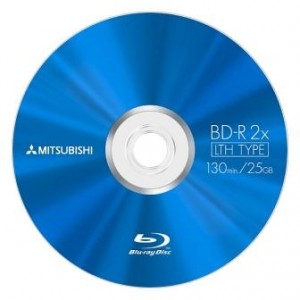 CNet.com has posted an article on why they now believe that Blu-Ray will succeed. I say now, because other articles by CNet before the holiday season were not as kind towards the format.

Personally, I’ve always been of the opinion that Blu-Ray will succeed, its just a matter of time. With backwards compatibility of DVDs and the full support of major studios, eventually people will shift over to take full advantage of their High Def TV sets. And the studios will want it so they can resell you movies, often at a higher price.

Granted the leap forward from DVD is not nearly as great as the leap from VHS to DVD. And the economic downturn will inevitably slow adoption. But let’s remember that it took DVD a good four years to become mainstream. Expect Blu-Ray to be slower (it’s not yet to year 3). And don’t expect the format to be as successful as DVD on the whole. But if you’re looking to upgrade your home theater, feel safe that you’re not buying the next Betamax.

Here are CNet’s 9 Reasons Why Blu-ray will Succeed. The article expands on each reason, but the Cliff’s Notes version is as follows:

1. Digital downloads will not eliminate the need for discs anytime soon.
2. Having one clear standard is a big advantage.
3. Blu-ray isn’t going to be replaced by another disc format anytime soon.
4. Prices for large-screen HDTVs will continue to drop.
5. Prices for Blu-ray players will continue to drop.
6. Prices for Blu-ray discs will drop to near DVD price levels.
7. Sony will sell lots of PlayStation 3 game consoles.
8. Sony can’t afford to have Blu-ray fail.
9. Sony and its partners will figure out a way to have Blu-ray resonate with the public.