This Friday kicks off the official start to the summer movie season. That means big budgets, mindless action, lots of explosions, and tons of options to see throughout the summer. Although this year may not hit the highs (Iron Man and The Dark Knight) of last summer, there’s still plenty of interesting projects to choose from.

Below are Gunaxin’s favorite thirteen to look out for. Undoubtedly some will end up disappointing (see Indiana Jones circa 2008). It’s the nature of how this works. But hopefully most are pretty entertaining. And if you are interested in something else this summer, that’s cool too. There’s certainly something to be said for Harry Potter and the Half-Blood Prince or Pixar’s Up. But we realize our audience is mainly men, and we feel this thirteen best represent what may appeal to the group as a whole: 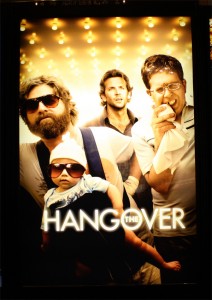 Why we’re Interested: Because Phillips brought us hits like Old School, and this one teams up comedians like Ed Helms, Zach Galifianakis, and Jeffrey Tambor, plus has an appearance by Mike Tyson (which you can see in the trailer below). Early buzz has been very positive, so hopefully this is one of the better Phillips comedies. At the very least, it should at least be fun seeing someone with an epic hangover. And Bradley Cooper is given an opportunity to run with a film after supporting roles in comedies like Wedding Crashers and Yes Man. 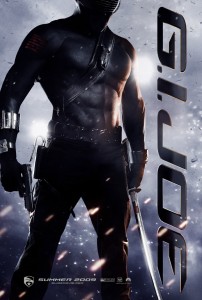 Why we’re Interested: Mainly because it’s G.I. Joe, and that’s pretty damn cool. Sure, there’s skepticism how much will translate from the 1980s cartoon/toy line we so love, but Transformers made it work. And who doesn’t want to see characters like Snake Eyes and Storm Shadow on the big screen? There’s a lot to enjoy, even if fans will bitch about the costumes (I’m having X-Men flashbacks) and my personal choice of Jason Lee as Shipwreck was ignored. Sommers is a bit of a wild card, having given us a decent summer adventure flick in The Mummy, but slowly sliding backwards with The Mummy Returns and Van Helsing. Still, he should at least be good for a decent popcorn flick. And afterwards fans can bitch about Paramount raping their childhood. 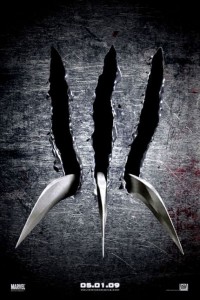 Why we’re Interested: The reviews of the leaked workprint weren’t exactly kind, but we’re still talking about the X-Men here and we’re also talking about the Weapon X program. And finally, after much bitching, comes the debut of Gambit (and also Deadpool if you’re a hardcore X-Men fan). Director Gavin Hood doesn’t have any summer action on his résumé, but he’s directed solid drama like 2007’s Rendition and the Oscar nominated Tsotsi. Given the lackluster early buzz, I’ll temper my expectations and hope for mere entertaining mindless flick instead of another Iron Man. 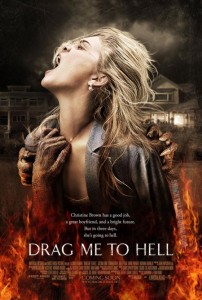 Why we’re Interested: Raimi, the man behind the Evil Dead franchise, returns to his independent horror roots. Sort of. It’s more horror/comedy I suppose, and it’s not like he’s going with a complete shoestring budget or financing the film himself. But it is low budget, and it does have horror elements to it. And that’s what Raimi made his name on. So where do I sign up? As an added bonus, he apparently cast the old she-bitch witch from Army of Darkness with a starring role in this movie. Just check her out as the old lady in the trailer below: 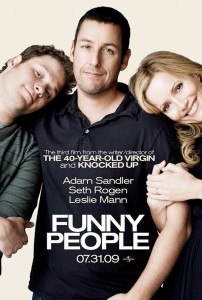 Why we’re Interested: Apatow has already become the John Hughes of this generation, and seems good for a couple of solid comedies a year. This time he’s directing, and his last two directorial efforts, Knocked Up and The 40 Year Old Virgin, did pretty well. Plus, he re-teams with Adam Sandler for the first time since his Undeclared days (as a side note, check out Undeclared, it’s a cool show). Although this looks to trend a little more serious than past offerings, it’s s till a movie about comedians with Adam Sandler and Seth Rogen, so it can’t be too serious. 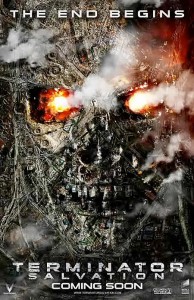 Why we’re Interested: Okay it’s rated PG-13 and directed by the guy who brought us Charlie’s Angels: Full Throttle. That’s not exactly an endorsement. What happened to the Terminator of the the 1980s and early 1990s? James Cameron must be rolling over in his grave. What’s that? He’s not dead? Well tell him to hurry up and release another movie already. Getting back to the fourth Terminator movie, it does feature the awesome Christian Bale and a future war between man and machines. I’m at least interested. And hopefully it will be known for more than an overblown Bale tirade. 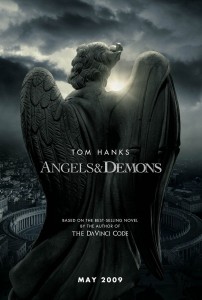 Why we’re Interested: Opie takes on the summer blockbuster. Ron Howard’s not a name you consider synonymous with summer blockbuster, but he does a second take of a Dan Brown novel, complete with a return of Tom Hanks sans goofy haircut. Angels & Demons was always considered the superior source material, so even people who didn’t like The DaVinci Code might enjoy this prequel revolving around destruction of the Vatican. The cast also includes Ewan McGregor, Stellan Skarsgård, and the beautiful Ayelet Zurer. 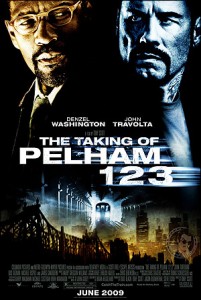 Why we’re Interested: Tony Scott doesn’t have the critically acclaimed successes that his brother Ridley does, but he is good at cranking out consistently entertaining fare and is tailor-made for the action genre. Some of my favorites of his include Crimson Tide, True Romance, and Top Gun. This time he takes on remaking the 1974 crime thriller of the same name. I know, you’re thinking remake equals suck. But give this one a chance, it’s R-rated and it features Denzel Washington and John Travolta butting heads. And I doubt it’ll be all that similar to the original. 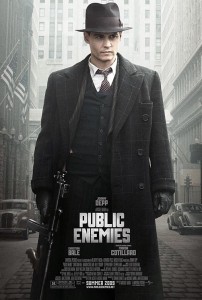 Why we’re Interested: Because Michael Mann brought us Heat, and that was pretty awesome. In fact, Mann hasn’t really gone wrong outside of Miami Vice, which was odd since he basically created the television show. Not sure what happened on that one. Public Enemies brings us the the story of 1930s gangster John Dillinger (Johnny Depp) and his pursuer Melvin Purvis (Chrisitan Bale). Also added in are Baby Face Nelson and Pretty Boy Floyd from the era’s booming crime wave. Bale and Depp? Micheal Mann? Crime drama? Sold. 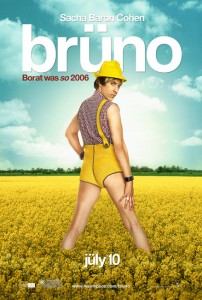 Why we’re Interested: I’ll admit that Brüno doesn’t come across anywhere near as funny of a character as Borat did in Da Ali G Show, but it should make for a funny ass movie nonetheless. And America is filled with uneducated and prejudiced people ripe for mocking (plus apparently Ron Paul). Although the title Brüno does roll off the tongue, I wonder why they didn’t go with the working title of Brüno: Delicious Journeys Through America for the Purpose of Making Heterosexual Males Visibly Uncomfortable in the Presence of a Gay Foreigner in a Mesh T-Shirt. 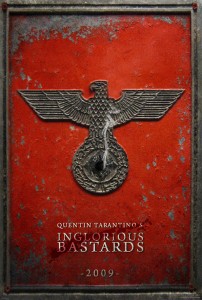 Why we’re Interested: One of those looooooooong rumored Tarantino projects finally hits the big screen (still waiting on Vega Brothers), with a title that spell check simply hates. This one features a group of Brad Pitt led Jewish-American soldiers sent to scalp and brutally kill Nazis. It also offers a shot for Tarantino to make a name for himself after the B-movie sidetrack that was Death Proof. I’ll admit it, the Tarantino name alone makes me pretty interested, but if that’s not enough, the trailer will probably do it for you: 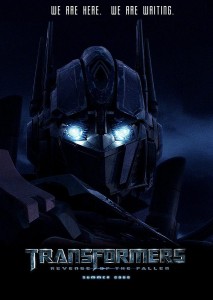 2. Transformers: Revenge of the Fallen

Why we’re Interested: This one technically opens on Wednesday, June 24, but it really needs no introduction. Michael Bay may be hated by many in the online community, but he knows his action. And he made the first Transformers into a smash hit. And if that wasn’t enough, there’s always Megan Fox to look at. Although to make it completely awesome, I’d love to see Grimlock smash… well pretty much anything. I guess I’ll settle for the coolness that is Soundwave, which is an acceptable alternative. Soundwave was my favorite Transformer, I just wanted to see Dinobots. 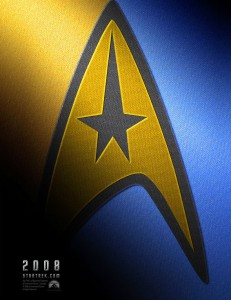 Why we’re Interested: I’m not a Trekkie, nor even a Trekker, but this looks like one interesting film. The eleventh installment of the Star Trek franchise, this one goes the ever popular reboot route, telling the story of a young James T. Kirk and crew. Abrams has a lot of successes to his name, including the shows Alias and Lost, plus a solid breath of fresh air to an established franchise with Mission: Impossible III. Your opinion of the movie can be summed up by this fill in the blank exercise: This movie is going to be (Great/Awesome/OK/Awful/The Worst Movie Ever). Abrams is (Revitalizing a dead franchise/Bringing a mainstream audience to Trek/Catering to the MTV Generation/Raping my childhood over and over again oh dear god make it stop please). All and all, I think we can all agree (We’re a bunch of geeks/We’re a bunch of geeks).