Humor > Lists > A Dozen Animals That Will Haunt Your Nightmares

A Dozen Animals That Will Haunt Your Nightmares 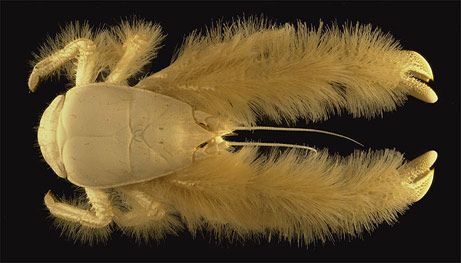 It’s become a pretty popular subject of late to find several of the animals with which we share the planet and display them as horrific and terrifying, and, well, this little ditty is certainly no different. What is different is the simple fact that new species of mammals, reptiles, amphibians, birds, insects, and fish get discovered every day. Sadly, just as we begin to locate pockets of entirely new types of critters, hundreds fall into extinction. Mostly because humans, as a whole, are careless dickheads. Now, I’m not here to get all preachy, in fact, I’m a pretty big purveyor of ‘survival of the fittest’ as well as Mother Earth’s ability to fix itself, but what I am going to do is scare the shit out of you with a few of Nature’s more unattractive beasties straight out of a Clive Barker sketchbook. Pleasant dreams!

Longnose Chimera
or The Devourer of Dreams

Just as with any sea creature of the order Chimerae, these guys are threatened by habitat loss thanks in part to human interaction. However, when you see this thing up close, it’s almost worth it to rid the planet of something so revolting. These are the types of creatures that lazily swim through the dreams of psychopathic mental patients telling their human hosts where to bury the bodies. It looks as though it was built out of excess dolphin parts and a huge penis! Good Lord! 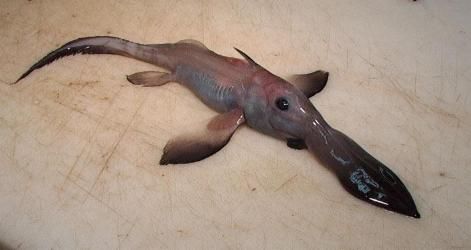 Sea Pig
or The Host of Doom

Living deep within the abyssal plain roam the sea pigs, a type of plump, pinkish sea cucumber. What they look like is a nasty, movable booger that spends its existence searching for its owner’s nose with which to reclaim the brain and take over like an alien monster. This particular creature is a relatively new discovery within the whole bizarre ‘sea cucumber’ family, and just goes to prove that diabolical space slugs inhabited Earth millions of years ago and are after our children. 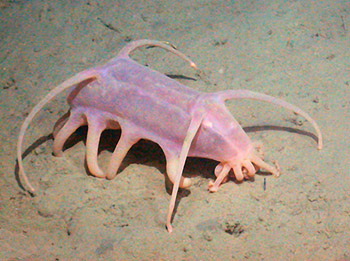 Soft-shell Turtle
or The Horrid

Wearing a carapace with the same basic structure as a fingernail comes the gag-inducing soft-shell turtle. Often growing to the size of your basic man-hole cover, these sea turtles survive on primarily plants, little fish, and the filthy souls of Anti-Christian sinners. Strangely -well, not so much, actually- the Chinese peoples truly enjoy consuming these giant swimming meat balls with chicken in a broth. It’s considered an initiation to C’thulhu. I’ll stipulate that these aren’t the oddest things around, but still kinda icky. 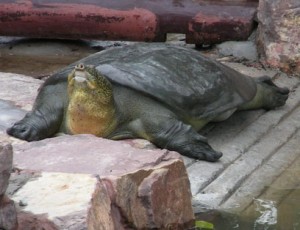 Yeti Crab
or The Hairy Abomination

Discovered in 2005, this furry demon is a decapod with exceptionally long and hirsute clawed arms that it uses to rend the life blood from unwary travelers. No, not really. It’s only about six inches long and, presumably, completely blind. It’s a deep-sea dweller and only comes out into the light when it sheds its exoskeleton and morphs into its adult phase: politicians. 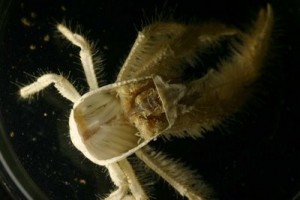 For some God-awful reason, this walking be-toothed wiener is also called a ‘sand puppy’, following the basic strategy that giving anything nauseating and gross a cute nickname automatically makes it that much better. Another of this monstrosity’s traits, besides being able to survive in harsh environments, is its lack of basic pain receptors! That’s right, trying to fend off a horde of these gnawing cocks is useless as it will feel no sting from your army’s blades! Oh, and they eat their own shit. We need flamethrowers, people! 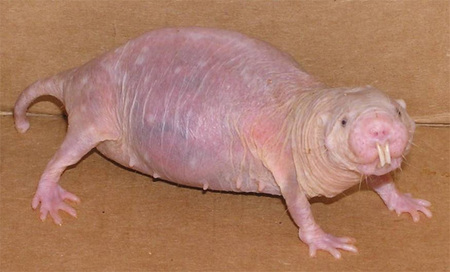 Giant Isopod
or The Hell-spawn Flea

Picture one of those little sand crabs you find on the East Coast (if you’ve never been, picture a pill bug instead) that’s grown to the size of a house cat, and you’ve got the idea of what this disgusting crustacean looks like. Armored, multi-legged, and crawling up your leg, the giant isopod is primarily a solitary creature that is of little commercial use… unless you happen to be Chinese, who we’ve established will pretty much consume anything, then it’s lunch. These things have got to be the basis for the Face Huggers. I have to vomit now. 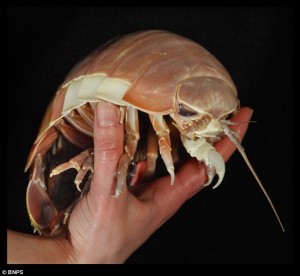 Vampire Squid
or The Consumer of Souls

Discovered and incorrectly charted as an octopus in 1903, this squid (Vampyroteuthis infernalis, literally “vampire squid from hell”) had to be re-categorized after it ate several of the scientists. Looking eerily similar to Lovecraft’s descriptions of what the ‘Old Ones’ might look like, the vampire squid is one of the few creatures on earth specifically brought here as a seed from Satan to repopulate the Earth it his image. Well, it does have red and black spines on its arms, what more do you want as a sign? 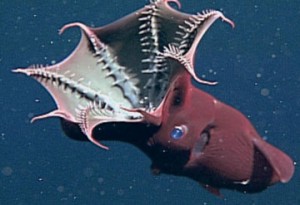 Dumbo Octopus
or The False Prophet

Oh sure, it looks cute and unassuming, but this deep sea horror (3000 to 4000 meters, even) can shed layers of skin at will! Oh, that’s not gag-inducing enough for you? Fine, despite it’s ridiculously cute, round fins that look strikingly similar to the ears of a well-known pachyderm, this wretch can also… um, lay eggs constantly! Eww! Who wants to see… okay, never mind. This thing is cute. But don’t come crying to me when it devours your children. 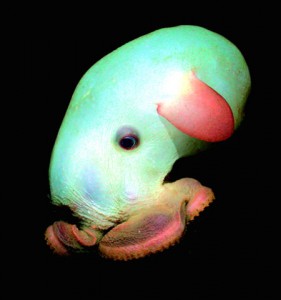 This 2007 giant spider discovery is without a doubt the single most disgusting eight-legged monstrosity on the planet. First of all, the female’s leg-span from tip-to-tip is almost two feet. Secondly, this lady’s body length is about eight inches, making it the largest Nephila spider ever. There’s nightmare number one. This thing makes one of the largest webs of any spider as well, often reaching six feet around! And if that wasn’t enough to make you want to hire John Goodman on retainer, it also absorbs its mate into itself just for the use of its sperm, thereby killing him. (Drops everything and runs) 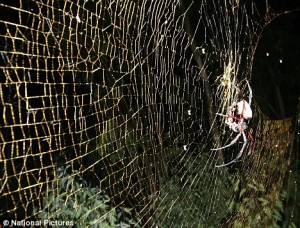 Coconut Crab
or Not Your Dinner

The Coconut Crab (literally: Big Ass Crab) is the largest land crab on earth as well as the scariest damn thing I have personally ever seen. So scary, in fact, that in the tiny nation of the Marianas, this crab is associated with souls who have returned to the mortal plane using the crabs as vessels. Ugh! Growing upwards of sixteen inches to 2-feet with a weight of nine to fifteen pounds, these beasts prefer to climb trees to gather nuts rather than swim, which, as it turns out, kills them. It is said children enjoy playing with them as they are relatively slow. And yes, I mean the kids as well as the crabs. Rim shot. 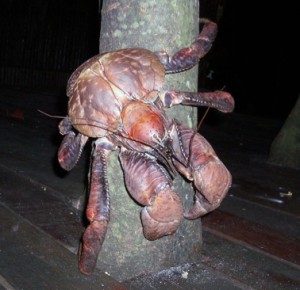 The Horror Frog
or The Bringer of The Apocalypse

Read this from Newscientist.com and be ready to cower in palpable terror: “Amphibian horror” isn’t a movie genre, but on this evidence perhaps it should be. Harvard biologists have described a bizarre, hairy frog with cat-like extendable claws.
Trichobatrachus robustus actively breaks its own bones to produce claws that puncture their way out of the frog’s toe pads, probably when it is threatened.” Yep, like Wolverine, this frog can eject bony points from it’s feet and shred your ass to ribbons! And since it’s a frog, it’ll likely hop all over your face and remove your eyeballs in one swift stroke! What the HELL! Frogs, too? Where’s my gun? 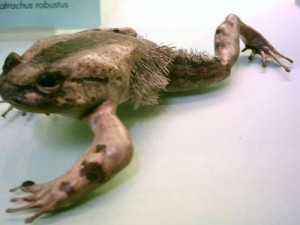