So, after the first post I did last week, I sat back with a little swelled pride and watched in earnest as the comments rolled in. Some of them were, well, rather scathing. No, I’m not harboring any ill will, but I would like to address a few. First off, I received a ton of feedback on the fact that the canned bread I chose is actually quite delicious and reminiscent of a sweet bread with a moist texture and that it’s great toasted. Well, that’s so very cool and it has given me reason to rush right out and buy a loaf… er, can as soon as I can. Another series of comments talked about the condoning/condemning of my leaving off of the oft-used Spotted Dick. Well, sorry to those expecting it on this list, cuz it ain’t here either. I’m just as sick of that, despite it’s humor, as many of you. Now finally, the biggest issue I came across with my images was the simple fact that I forgot to give credit from where they came. Well, of that omission I will heal the wounds, as you will soon see. Okay, so with that easing of the minds, here we go with another twelve WTF canned foods…

I know, its not technically ‘canned’, but I will certainly stipulate when it comes to something so atrocious as jellied eels. Just thinking of this being on a plate in front of me surrounded by guys with guns to my head, makes me want to start making my final plans. 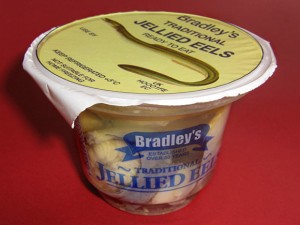 What was funny was where I found this wasn’t sure either. I suppose out there in God’s Country, it really makes little difference which hoofed mammal your wife packed for dinner. 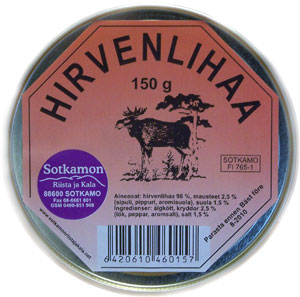 This sums up just how foul this evidently quite popular fruit is: Andrew Zimmern, host of the Travel Channel’s Bizarre Foods, will eat ANYTHING. Yet, the durian literally makes him sick. It smells like befouled rotted onions. Yeah, I can forgive him for that. 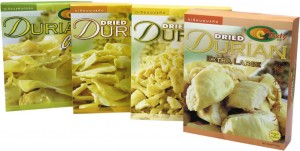 I’m stunned at this less-than-informative label and thus not entirely sure if I should be eating this, or the dog. So, I’m sticking with neither, especially since I don’t own a dog. 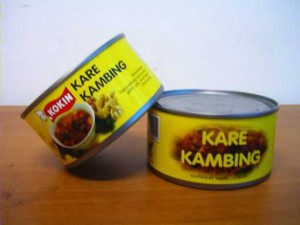 Yes, yes, before I get vicious hate mail, I fully understand that this is a Hispanic delicacy and really quite tasty and it’s even one of the few I’ve eaten, when homemade in a real Mexican kitchen. What got me was the label: “With Milk”. That’s just so wrong. 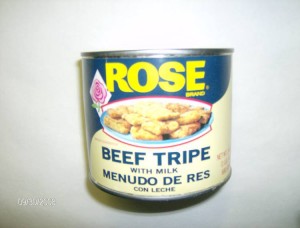 Of course, a Scandinavian classic. I love fish of all sizes and shapes. Pickled and canned fish? Check please. 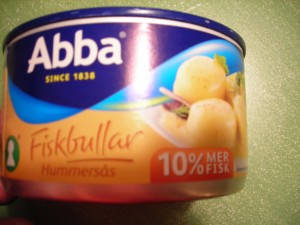 Corn smut is a disease of maize caused by a pathogenic plant fungus. I’ll have seconds. 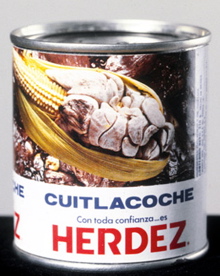 Again, another in the ‘nothing inherently wrong with this’ category, but let’s be a little realistic here: is it that hard to find decent, real bacon at your local store? No, no it isn’t. 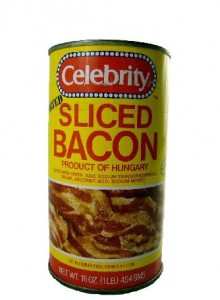 Though I know full well what this horror show is, just in case you don’t, here’s the recipe: There are many recipes, most of which have in common the following ingredients: sheep’s ‘pluck’ (heart, liver and lungs), minced with onion, oatmeal, suet, spices, and salt, mixed with stock, and traditionally boiled in the animal’s stomach for approximately three hours. And then let’s can this mess! Yahoo! 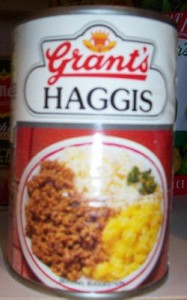 Bird’s Nest Drink in a Can

Many countries, especially those responsible for the dangerous cave-harvesting of these avian-saliva concoctions, swear by the nest’s nutritional and medicinal value. I, on the other hand, tend to stray from anything made out of spit. 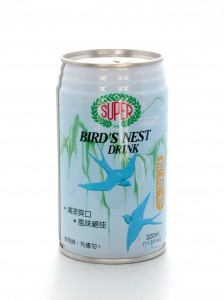 Yeah, vegetarian duck. In a can. Words fail me. 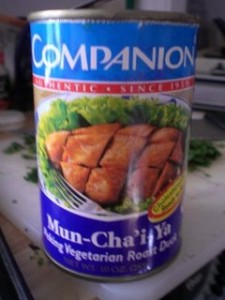 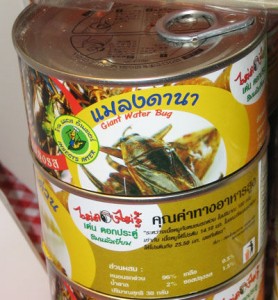