A Dozen of the Most Rockin’ Kid’s Show Themes 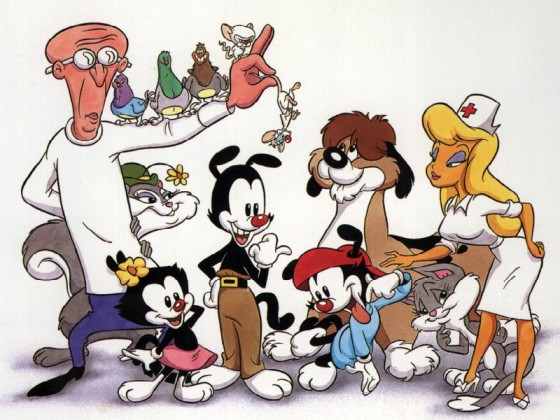 More often than not a show’s theme song can almost identify it as much as the content of the program itself. Even more so are the kid’s shows; not just toons, but live action as well. Now, the collection of great kid’s show openings can be separated into dozens of different lists, styles, types, and sounds, so, for this list, I have found the twelve (and then some) most rocking themes. That’s right, these themes are those ones that not only could you easily memorize, but also sing a little and shake your cake to! Many of these I either grew up with or were on while I was in high school and college. As you listen to these tunes, close your eyes and remember those bygone days when life was just a little simpler… or, assuming you have children, well, this is but a daily reminder.

Okay, so this theme has been around since the golden age of the televised cartoon and remains a mainstay of the mighty Warner Brothers collection. Everyone knows it, everyone can hum it, and even without words, everyone will readily sing it. A classic through and through and, let’s face it, it rocks. A classic if there ever was one.

It has been said of Weird Al that unless you’ve had a song parodied by him, you really haven’t made it in the business. So, a few years ago Al was given his own show that, unfortunately, only ran for 2 seasons. It’s available on DVD now where you can see the insanity that this show provided. I almost hesitate to say it was Pee Wee’s show on crack, but there ya go. The theme is pure stupidity and makes me want to sing along… and I do, too. 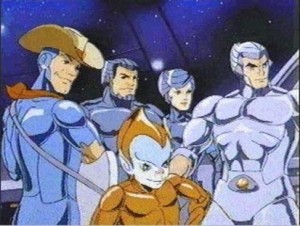 Despite the fact that it contains the moronic lyric, “partly metal, partly real”, the song rocks hard. It’s one of three cartoons that fit into more or less the same mold, including Thundercats and Tigersharks, but it’s theme is by far the most RAWKING! So what, is metal not real? I guess not.

As almost the answer to the asinine lyric above comes the wonderful theme from Animaniacs that features the hysterical line, “there’s baloney in our slacks”. Now that, sir, is humor. This song might not, according to the definition, really rock, per se, but it certainly is kick ass, and that’s close enough. 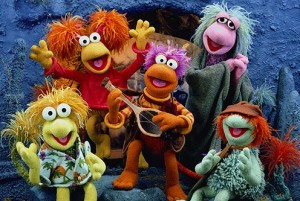 Airing first on HBO back in the 80’s, Jim Henson’s other mighty creation outside of the Muppets told the story of subterranean critters who could only be accessed through a mouse-hole in a human’s (Doc’s) workshop wall. In fact, Doc was the only ‘real’ thing in and on the show! Even his dog, Sprocket, was a marionette. Down in the bowels of the Fraggle-verse also lived the tiny Doozers who did little more than supply sustenance via their buildings to the Fraggles. And the theme was kick ass! 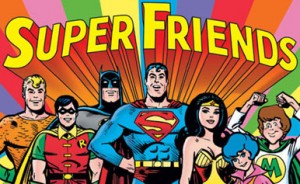 This is the classic theme from the classic series. Though, in reality, all of the themes more or less sounded the same, it seemed more appropriate to put up the classic and therefore, the best. Also, one can hardly deny the rocking narration by Ted Night, because he is so awesome. 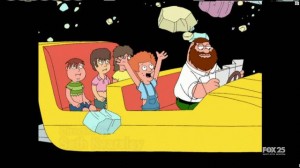 Everything about this cult-classic TV show was frikkin bizarre. From the enormous Coaster pilot, Baxter, to Goriddle Gorilla, Knock-Knock the bird, Edison the Elephant and Gary Gnu, who hosts the “The Gary Gnu Show”, all completely bonkers and somehow inhabiting an asteroid. Best theme for a live-action show ever.

And of course, the genius that is Family Guy and its version! 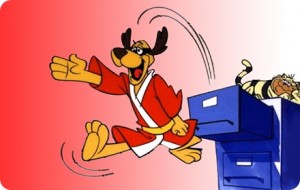 Though the redux by the great band Sublime is seriously ska-filled and punk-tastic, I had to drop the classic in here just for the sheer nostalgia of it. It still rocks, it still gleans with that air of the Orient, and Phooey (ne Penrod Pooch) still features the voice of Scatman Crothers, and that’s fine by me.

What? A newer show? Look, I can’t help it. My son loves this show and that theme just completely sticks with you. You’ll thank me later when you can’t get it out of your head.

Oh shit how cool is this song! “Get-a-long gaaaa aaaaa aaaa aaaang, GET ALONG!” Now that’s such a neat little tune there it almost harkens to an American classic or something! Rockin? A little. Cool? A LOT!

Two
The Inspector and The Ant and the Aardvark 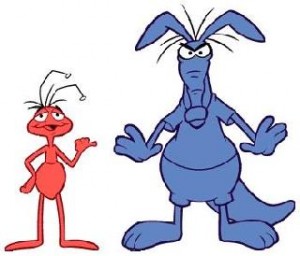 Yeah that’s right, 2 songs for the price of one! No, it’s not the Mancini “da dum, da dum…” of the Panther’s theme, but the far more creative themes from the other toons prominently featured on the show: The Inspector with it’s almost industrial, British-tasting tune, and The ANt and the Aardvark and it’s blugrass meets ragtime theme that will make you dance a little. Awesome stuff.

One
The Collected Works of Disney

Yeah, that’s right: 5 themes for the price of one under the collective Disney umbrella. No need to go into any great detail here, as it’s obvious that everyone knows these songs that didn’t actively reach maturity under a boulder. Disney tunes were a staple, even garnering themselves specific blocks of shows every afternoon. All hail Disney!