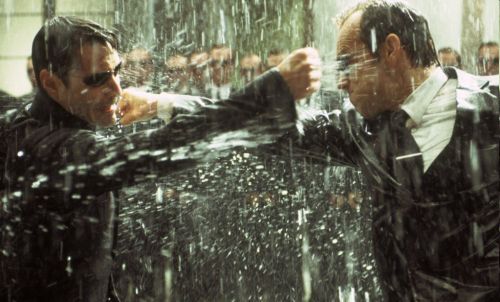 So what could possibly be cooler than a fast-paced, kick-ass, bloody fight scene? How about a fast-paced, kick-ass bloody fight scene that also happens to be in the rain! Oh yeah! Nothing screams ‘Holy Shit! Did you see that?’ like a bunch of fighters going at it, knocking the crud out of one another, with the added benefit (or detriment, however you choose look at it) of the pouring rain. Oh baby! What’s great about these scenes is you often don’t expect them. Did you know the climactic battle of Helms Deep was gonna be in a friggin thunder storm? No! Okay, maybe. But still, the camera work is amped up that much more when trying to capture a killer fight amid a deluge. Yeah, it’s cool. Anyway, before I run out of adjectives completely, here’s twelve wet fights. That sounded dirty. 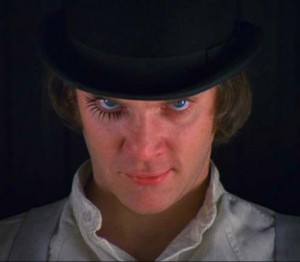 Okay. Okay. Calm down. Technically not a ‘rainy’ scene per se, it is an ultra-violent look at Alex as he kicks the shit out of a poor guy while wrapping up the distraught wife. Oh, and it’s all to the strains of ‘Singin’ in the Rain’. See, I’d have totally gotten called on this had I left it out. Tenuous connection at best, but there ya go. 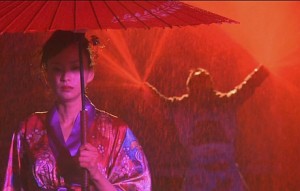 Hey, look! I’m ‘stretching’ it here, too! Ya know what, it’s my article and if I decide ‘raining blood’ is close e-damn-nough, then it’s close e-damn-nough, got it! But I digress: this movie is like a crazy fire hose full of uber-red blood was turned on over the entire set. Yeah, it’s wet, and it’s a blood-rain, buddy. 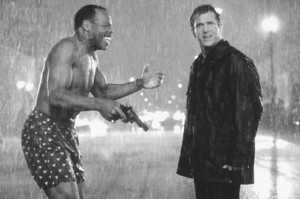 Here’s what’s funny about this: I always assumed this was rain drenching Mel, Danny and Gary… until I watched it again the other night. It’s a fire hydrant. But damn if it doesn’t look like rain, act like rain, and fall all over the place like rain. And that, Jimmy, is good enough for me here, too. Besides, it’s a kick-ass fight. 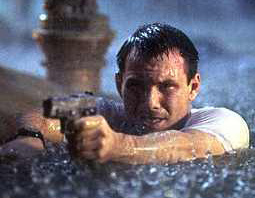 Now that those are out of the way, lets move on to the films with actual rain. This one is a bit obvious, because the entire movie is set during a storm. So any action / fighting scenes are inherently ‘Rainy Fight Scenes”. Hard Rain had a pretty fabulous cast when you think about it, but the movie fell flat for most critics. At least it is one of those rare films where Morgan Freeman plays a villain. 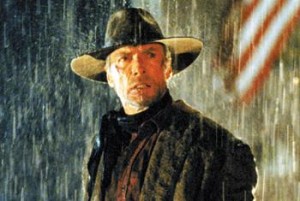 Clint Eastwood is a former murderer and all round nasty dude who’s hung up the life thanks to his late wife’s influence. Well, after a shit-load of unfortunate events, he rides into town, in the pouring rain, to settle it once and for all with Gene Hackman. Oh yeah, there’s a lot more to it than that and if you haven’t seen it yet, what’s the weather like in that cave? 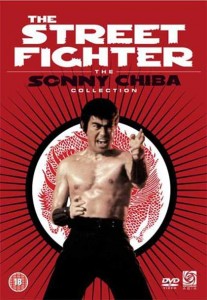 This is one of the great classic martial-arts flicks with a ton of great fight scenes and a pretty solid plot to boot. Oh, and did I fail to mention it’s got Sonny Chiba gettin’ his ass all mixed up in a whole bunch of badness? Yeah, well, it does. The conclusion takes place on a dock, in the rain. Get to about 4:00, even though the rest is gold. 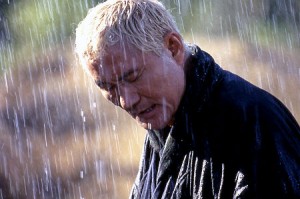 A blind sword-master and masseuse created in the Japanese martial-art lore by Kan Shimozawa, has become a staple in Asian entertainment. TV shows, movies and books each presenting a different story about Zatoichi. In this film we see him doing battle against his opposition in a downpour. 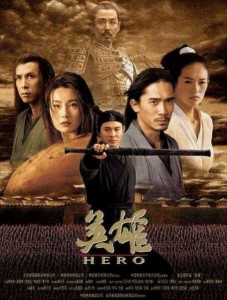 What? Another martial-arts movie? Ha! This time it’s Chinese! I’m tellin’ ya, these guys just dig fighting in the rain I guess. Makes everything look that much cooler. Anyway, here we have Jet Li as a literally nameless hero. Without having to go into the winding plot structure and deep story, let’s just say that there’s an awesome fight scene. In the rain, even. 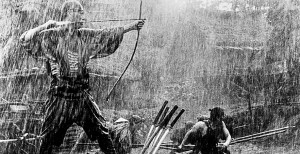 Seriously, this is the last Oriental martial-arts film on here, I swear. Even so, this is an absolute classic directed by Akira Kurosawa and largely regarded as one of the most influential films of all time. It has, at some point or another, contributed its mythos to nearly every action film, ever. Even Star Wars. Check out this great scene.

Speaking of Star Wars, regardless of the fact that Lucas basically had a flurry of diarrhea all over the most recent and substantially inferior trilogy, he did manage to capture a few awesome scenes on film. In this case, it happens to be the battle between Obi Wan and Jango Fett on Kamino. All up in the rain, son. 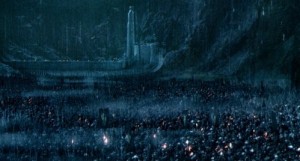 See, a far better choice for a sequel arriving in theaters in ’02 was obviously The Two Towers. Oh sure, there’s an awful lot of walking, bickering, and preparing, the best scene, hands down, is the battle of Helms Deep. And he whole damn thing happens during a torrential rain storm. 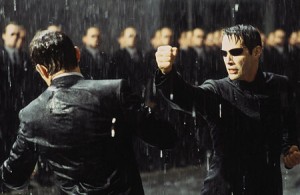 Argue if you want, nod your head in disbelief, but you can not deny the simple fact that the epic conclusive battle between Neo and Agent Smith, in the soaking rain, is one hell of a fight. And quite possibly (at least here, anyway) the greatest rain fight battle of all time.

For similar goodness, check out these links: