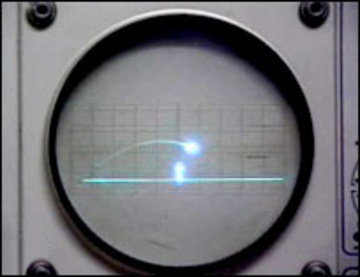 Video games, of sorts, have been around since the 50’s when inventor and Physicist Willy Higinbotham created the very first table-top game in Brookhaven National Laboratory played on an oscilloscope. Since then, once parties far more interested in marketing and consumerism got their hands on them, arcades and home consoles have exploded in popularity. Of course, the industry, like everything else, had its ups and downs and with the invention of the home console marked the imminent demise of the arcade. Here’s a really cool Video Game Timeline that illustrates some of the bigger achievements in the market, though not as concise with actual gaming moments. That’s where this breakdown comes in. If you’re a video gamer or just interested in origins of stuff, check out this dozen of sweet video game firsts.

Installed at the Tresidder Union at Stanford University in September, 1971, eight weeks prior to the release of Computer Space, was the first mass-produced, coin-operated arcade game. Only one unit was originally built, although the game later included several consoles allowing users to play against each other. So, in essence, this was also the first player versus player machine, too.

Also claiming to be the original use of Real-Time First-Person Graphics, Night Driver pitted the player and vehicle against a swerving and hair-pin turning race track in the dead of night bordered only by visible white flares. The car itself was but a plastic sheet inserted under the screen, but the levels of excitement made that fact hold little value.

This from Wikipedia: “It was founded on October 1, 1979 and was the first independent developer and distributor of video games for gaming consoles. Its first products were cartridges for the Atari 2600 video console system. Activision is now one of the largest third party video game publishers in the world and was also the top publisher for 2007 in the United States On January 18, 2008, Activision announced they were the top US publisher in 2007, according to the NPD Group.”

Asteroids was one of the most influential and popular games of the Golden Age of Video Games. Using vector graphics and a 2-dimensional view that wraps around both screen axis, Asteroids made full use of its space with floating rocks and the occasional UFO fly-by. You control an arrow head-shaped space ship and spent your time blowing apart space boulders into smaller bits. Given the wrap-around capability, you were also able to fly off the screen and appear on the opposite. The ‘deep-tone heartbeat’ as the soundtrack made the game that much more exciting. And now you, too, can be ASS when you win. Fun!

First Use of Synthesized Human Voices

King & Balloon is a fixed shooter arcade game that was released by Namco. It runs on the same Namco ‘hardware’ as Galaxian, but with an extra processor for speech; the King speaks when he is captured (“HELP!”), when he is rescued (“Thank you”), and when he is carried away (“BYE BYE!”). Additionally, the balloons make the same humming alien sound as the ships in Galaxian, which was released the previous year. The player’s shots also have the same sound effect as the player ship in said game. Unlike Galaxian, you had as many ‘cannons’ as necessary since the object was just to save the King each time he was lifted away.

Using vector graphics instead of the rasterized styles for other games, the 3D came into its own thanks to a similar training game used by the US Military for training called Bradley Fighting Vehicle. Battlezone was very similar in which you, a tank, must take out the enemy tanks using radar and your cannon. It had a great effect when your machine was struck: the image shook and went static-y for a moment. In 3D Monster Maze you are trapped in a 16 x 16 cell labyrinth in which is housed a T. Rex. All you need to do is escape through the only available exit. However, the closer you and the dino get to one another, the higher your anxiety and the more lost you can potentially become.

Though a first in its extensive genre, it is, unfortunately, one of those games where the box art is far superior to the game. Basically, you, as represented by a set of eyes, must traverse your way through a spooky mansion avoiding such horrors as tarantulas, bats, and the spirit of the homeowner himself. You have a torch during some of the trek, but in later levels you’re reduced to only matches. It’s fun and pretty scary and an interesting precursor to the horror games of today.

This from Wikipedia: “One of the slogans of the television advertisements stated that Intellivision was “the closest thing to the real thing”; one example in an advertisement compared golf games. The other console’s games had a blip sound and cruder graphics, while the Intellivision featured a realistic swing sound and striking of the ball, and graphics that suggested a more 3D look, although undoubtedly crude when compared with modern gaming consoles. There was also an advertisement comparing the Atari 2600 to it, featuring the slogan “I didn’t know”.”

You are Oolong and in order to earn the title of Grand Master you must bare-handed fight your way through many opponents bent on stopping you with any means necessary. Oh sure, the can use weapons. Oh well. The good thing is that you have a pretty wide selection of punches and kicks in your arsenal. Oh, and unlike the multitude of crazy ways the beaten can crumble to the ground in more modern games, here, men fall legs akimbo, twitching like bugs, and women fall all daintily on their sides. Funny stuff.

First Use of Blood and Gore

Actually banned in the UK, Chiller was, at the time, considered the most gratuitously and overtly violent and gory video game ever. The game made use of ‘light gun’ technology allowing the player ability to shoot their way through a gruesome house of horrors in order to destroy several Talismans. The arcade featured one ‘torture’ room in particular that gave the player a sick thrill shredding humans in various forms of punishment. NES released a far less graphic cart that maintained only some of the original’s violence.

Only on the Nintendo 64. Boy do I remember owning this game. Nothing was more fun than gathering three of your buddies and blasting the snot out of each other in 4-player mode. If you had the codes for infinite ammo and all the cool guns, you ruled this game. The story mode was equally as exciting and allowed you to sneak, snipe, and slaughter all in the same adventure. Great game and tons of James Bond fun.