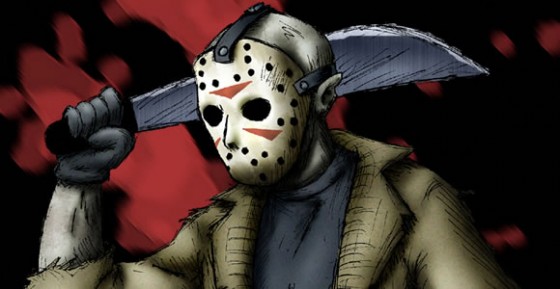 Happy Friday the 13th! Superstitious mumbo jumbo aside, this day has meaning for one reason and one reason alone: The Friday the 13th movie franchise. More specifically, the day belongs to masked maniac serial murderer, Jason Voorhees. Since his first big screen appearance in the 1981 sequel, Jason has been a pop culture fixture and the inspiration for artists and illustrators of all ages. Here’s a gallery of the coolest Jason art. The first one below is actually by one of our contributors, Stew, who has his own Comics site.